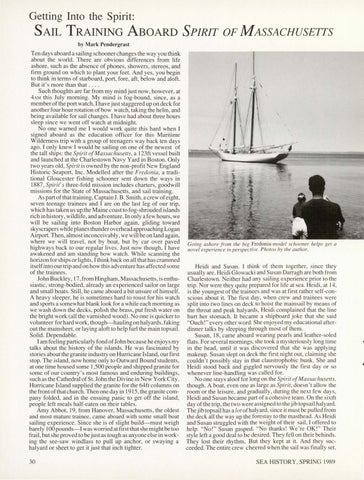 Getting Into the Spirit: SAIL TRAINING ABOARD SPIRIT OF MASSACHUSETTS by Mark Pendergrast