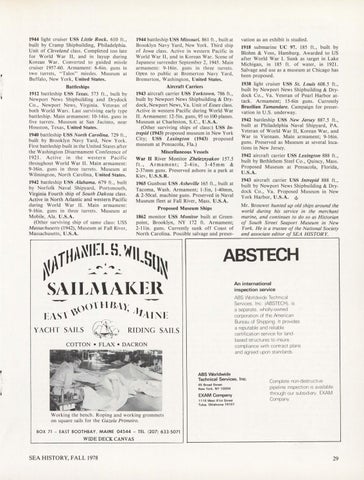 Mr. Brouwer hunted up old ships around the

world during his service in the merchant marine, and continues to do so as Historian of South Street Seaport Museum in New York. He is a trustee of the National Society and associate editor of SEA HISTORY.

ABS \/\klrldw1de Technical Services. Inc . (ABSTECH). 1s a separate. wholly-owned corporation of the American Bureau of Shipping . It provides a reputable and reliable certificat ion service for landbased structures to insure compliance with contract plans and agreed upon standards .