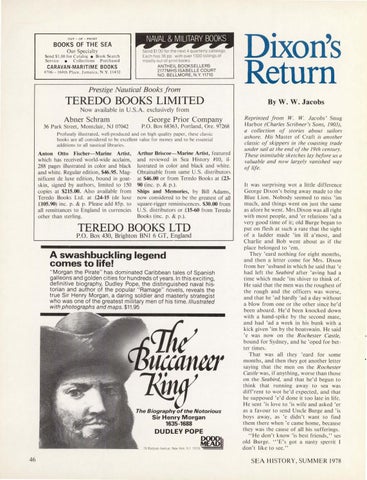 A swashbuckling legend comes to life! " Morgan the Pirate" has dominated Caribbean tales of Spanish galleons and golden cities for hundreds of years . In this exciting , definitive biography, Dudley Pope, the distinguished naval historian and author of the popular " Ramage" novels, reveals the true Sir Henry Morgan, a daring soldier and masterly strategist who was one of the greatest military men of his time . Illustrated with photographs and maps. $11.95

?<Lnf The Biography of the Notorious