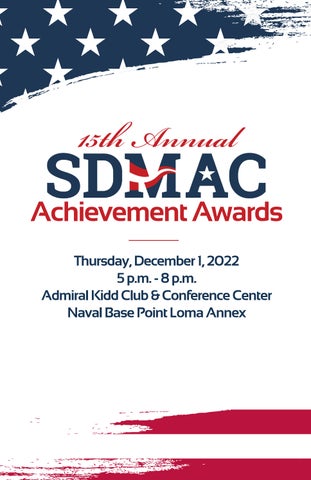 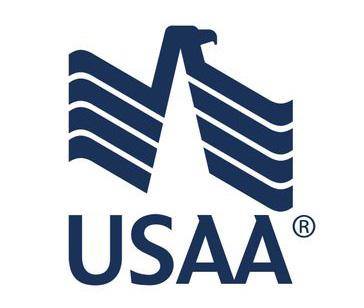 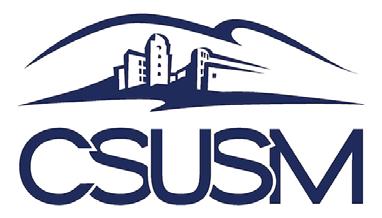 Amy Forsythe is an award-winning military journalist. Born and raised in Santa Rosa, California, Amy began her career with the U.S. Marine Corps as a Combat Correspondent and served five tours supporting combat operations in Iraq and Afghanistan. She served around the world telling the U.S. military story, including on assignment in Romania, Poland, Niger, Guam, Malaysia, Palau, Singapore and Sri Lanka. Her tours also included positions with the U.S. Joint Special Operations Command, U.S. Africa Command, Liaison to the NATO Joint Force Command, and as the Department of Defense’s Media Bureau Chief on Guam for nearly five years.

Amy was first stationed at Camp Pendleton, California, in 1995 and still has strong ties to the base and surrounding communities. Now a Public Affairs Officer in the U.S. Navy Reserves, Amy is assigned to the Special Operations Command.

Amy holds a B.A. degree in communications from California State University at San Marcos and a M.S. degree in Global Leadership from University of San Diego. She recently published her first book titled ‘Heroes Live Here: A Tribute to Camp Pendleton Marines Since 9/11’ featuring memorials and tributes to those who served in Operations Enduring Freedom and Iraqi Freedom over the past 20 years. Amy actively supports numerous Veteran Service Organizations in San Diego County and around the country. 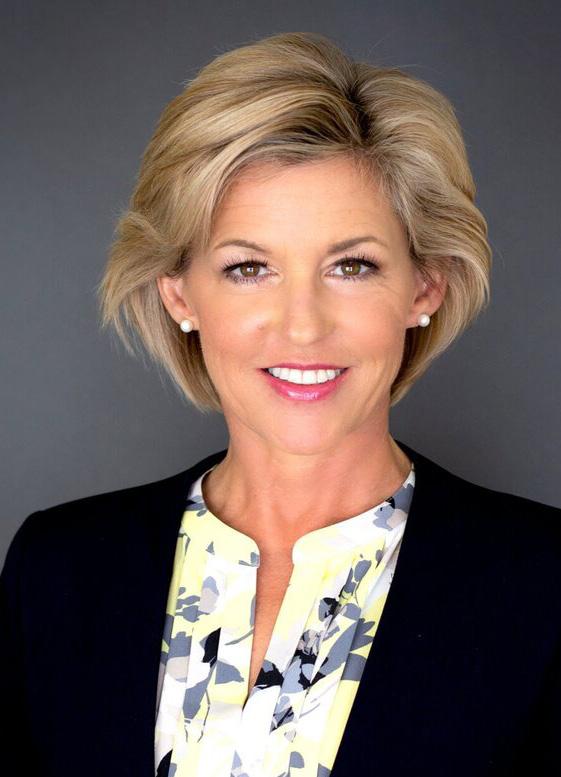 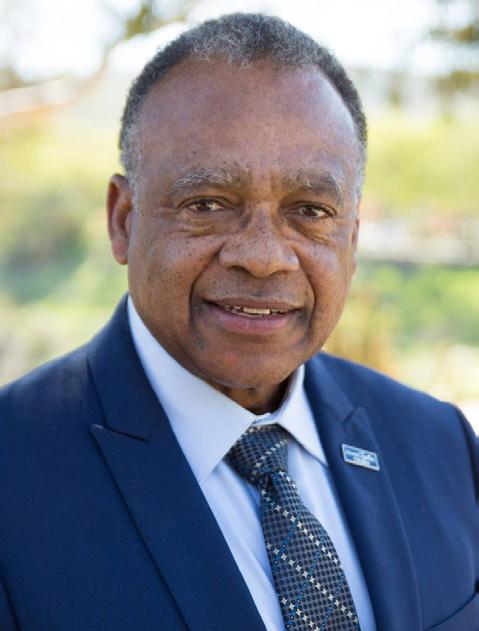 Major General Anthony Jackson personifies the unwavering service to the nation and our community that the Admiral Bruce Boland Lifetime Achievement Award strives to recognize. He has served as a United States Marine, in the State Government, and at the local level supporting education. In November 2011, MajGen Jackson relinquished command of Marine Corps Installations West and retired from the Marine Corps. During his 36 years of duty, he served in Afghanistan, Iraq, Japan, Korea, Kenya, and the Philippines. Like Admiral Boland, General Jackson did not stop serving upon his military retirement, instead becoming the 19th Director of California State Parks. He accepted this role at a time when state parks were in disarray and the threat of closing onefourth of the California Parks was very real. He worked to restore confidence and trust in the Parks Department, and to bring leadership to managing 280 state parks. Today, General Jackson continues to serve our community at the Cal State University San Marcos Foundation, in which he served on the Board of Directors, including as Chair of the Board, and today as a Director on the Foundation’s Advisory Committee, supporting student success at the University.

Support The Enlisted Project (STEP) works diligently to build financial self-sufficiency among junior active duty enlisted service members and recently discharged enlisted veterans, and their families, who are facing financial crisis through counseling, education and grants. Over the past ten years since its founding, CEO Tony Teravainen has led the organization in positively affecting 100,000 military family members, including 6,400 military and veteran families facing eminent loss of a basic necessity through financial counseling and $2.2M in grants, with a 90% long-term effectiveness rate. The combined commitment of the staff and board of directors in serving our community through direct assistance has resulted in real change and positive outcomes for thousands of military families. STEP’s own financial savvy is highlighted by their 4-Star Charity Navigator, which they have maintained since 2016, as well as their Guidestar Platinum ratings, and where 84 cents of every dollar goes directly into programs. Congratulations to STEP as they celebrate their ten-year anniversary of service, and expand into new markets to bring their vision of financial hope and self-sufficiency to more young military and transitioning veteran families across the country. 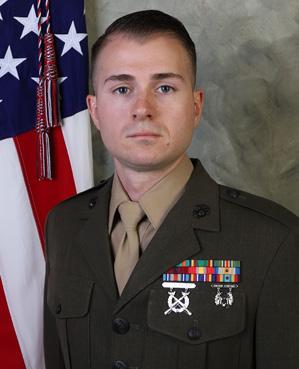 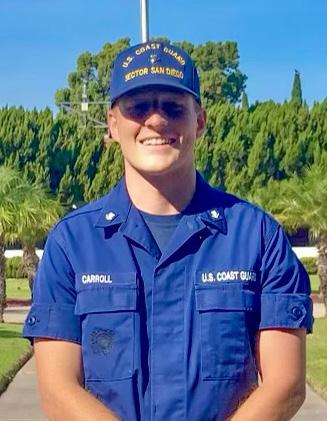 YN3 Carroll is responsible for the coordination and documentation of personnel pay, official travel, and benefits for active duty members of Sector San Diego, and was selected as the primary point of contact for 150 Coast Guardsmen. These duties are typically completed by an experienced Second Class Petty Officer and is a testament to his competence, attention to detail, and drive to provide exemplary service to military members.

YN3 Carroll is always the first to volunteer for additional responsibilities and to cover a duty for a shipmate who is unable to stand the watch. He devotes considerable personal time as a Partnership in Education volunteer, where he actively assists with the elementary school children’s reading program, and serves as a mentor and exemplary role model to numerous youths. Petty Officer Carroll’s actions and values uphold the finest traditions of the Coast Guard.

Sergeant Letter has also volunteered over 70 hours with the Semper Fit Division by assisting in coordinating, setting up and running the events that help bring Marines, Sailors and their families together in order to enhance community comradery and develop an active lifestyle.

Sergeant Letter possesses a mature and professional demeanor as well as a positive and engaged leadership style that inspires all those around him. Versatile, well-rounded, and level-headed, Sergeant Letter’s professional prowess and knowledge of the Recruit Training Program of instruction have been cornerstone to the success of his company and community. He is the embodiment of what we look for in every Marine Noncommissioned Officer.

Corporal Slama is without a doubt an exceptional Military Working Dog (MWD) Handler while also performing her duties as a Military Police Officer. She has completed (224) hours of training and 373 hours of utilization with her Military Working Dog providing a security asset to MCAS Miramar. She graduated Military Working Dog Handler’s Course top of her class and was awarded the AETC Commander’s Award. She is often the “Go-To” Marine in the absence of superior leadership. Her Physical Fitness is impeccable and currently enrolled in off-duty education classes. Corporal Slama is a dedicated Marine who actively volunteers in her community, and is a perfect role model for junior Marines to follow. 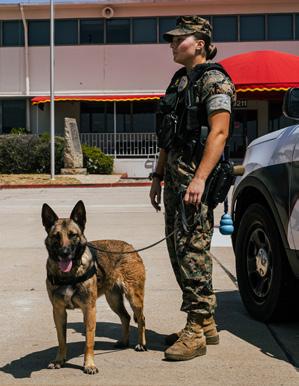 Corporal Alcantar’ s performance exemplifies the leadership traits and principles of the United States Marine Corps. Her diligent work ethic combined with her everlasting initiative is what sets her apart from her peers. She is a force multiplier and an engaged leader devoting herself to the future of our Corps. 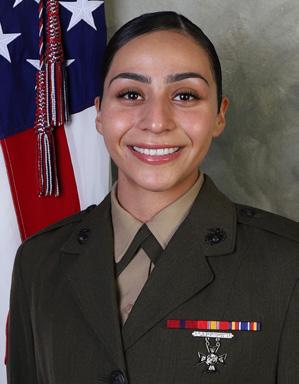 Cpl Alcantar possesses the advanced firefighting certifications plus Emergency Medical Technician (EMT). She is an extremely dependable driver operator and team leader, which requires the ability to remain calm under high stress environments. Moreover, Cpl Alcantar has served as the lead SCOTT Technician, ultimately safeguarding the lives of all Marines within the department and subsequently saving the Marine Corps over $100,000 in replacement costs. Cpl Alcantar was recognized for her excellent work ethic and dedication to duty, which led to her being specifically chosen to hold the billet of Logistics Noncommissioned Officer (NCO).

Corporal Alcantar’s professionalism, initiative, and unwavering core values combined are truly traits for both peers and junior Marines alike to emulate. Her outstanding performance during her career directly contributed to the readiness and overall continued success of Marine Corps Air Station Camp Pendleton, Headquarters and Headquarters Squadron, Aircraft Rescue Firefighting Division, including selection for meritorious promotion during the MCIWEST Meritorious Sergeant Board.

Petty Officer Hernandez was the 2022 Naval Base Coronado 3rd Quarter Sailor of the Quarter winner and meritoriously advanced to Petty Officer First Class. He is a future khaki leader in the making! CS1 is our Galley Watch Captain at NASNI Galley and leads 18 Sailors and civilian contractors in the production of over 2,400 meals daily in support of 150 tenant commands. His effective leadership and exceptional food service management resulted to all NBC galleys earning the FY-22 CNIC “Five Star” accreditation for Food Service Excellence. As Training Petty Officer, he implemented an active study plan and coordinated 45 hours of advancement training for 22 Sailors resulting in two advancements, 3 BJOQ/JSOQ, 5 reenlistments, 6 NECs and 80% enrollment in off duty education. As coordinator for the highly lauded Battle of Midway ceremony, he led 10 Sailors in the food preparation of 4,000 meals resulting in 10 Flag Letter awards. As MWR Master at Arms, he assisted in raising $15K and organizing the command holiday party. As NMCRS representative helped raise over $10K enhancing camaraderie and morale throughout the command. Petty Officer Hernandez presents excellence at every opportunity and represents best in class for Naval Base Coronado. 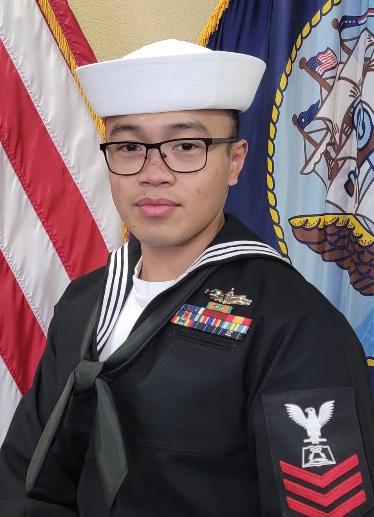 In addition to her primary duties, she is also engaged across the Command and community!  She serves as the appointed Command Managed Equal Opportunity Manager, leading a 50 member Command Resiliency Team which ensured fair treatment for over 600 staff members across NBSD. 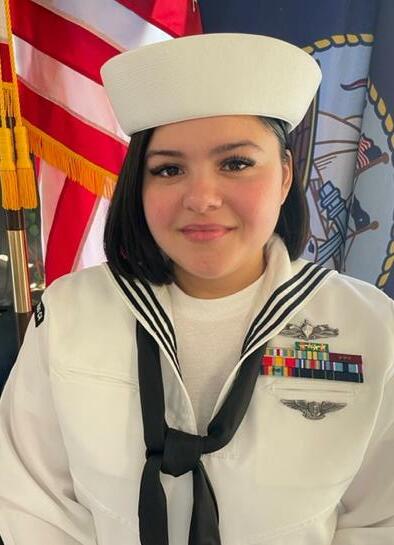 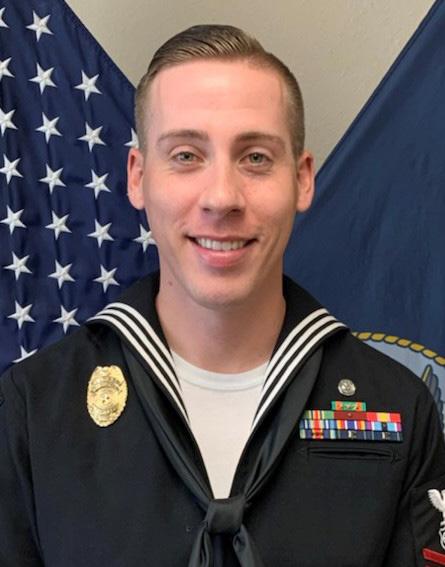 As the Security Department Leading Petty Officer (LPO), MA1 Rodriguez is the cornerstone of the Security Department.  He consistently demonstrates unwavering deckplate leadership and technical expertise while leading 151 Sailors and DON police officers throughout eight separate geographical locations onboard Naval Base Point Loma (NBPL).  In addition, MA1 is the NBPL Command Fitness Leader, ATTT Coordinator, leads 35 PO1s as the NBPL FCPOA President, and was recently named the 2022 NBPL Senior Sailor of the Year for Fiscal Year 2022!  He continually displays impeccable military bearing in and out of uniform and is the epitome of “leadership by example.”  MA1 Rodriguez’s hard work and dedication is felt throughout the entire installation and is most deserving of this recognition.

LCDR Adeline Ong is an incredibly impactful leader at Naval Medical Center, San Diego and throughout the San Diego Region. Working beyond the Directorate of Mental Health (DMH), where she is the Associate Director, she leads across organizations to motivate and develop leaders, to innovatively lead change and process improvement, support operational mental health (MH) and readiness, develop future Navy MH professionals, and provide evidence-based high quality MH care. LCDR Ong’s greatest strength is her ability to develop collaborative partnerships, which she effectively utilizes to optimize resource utilization and improve the effectiveness of services provided within the region. She is a finalist for the Navy Psychology of the Year Award, and she is frequently recognized as the key aspect of successes that surround her. 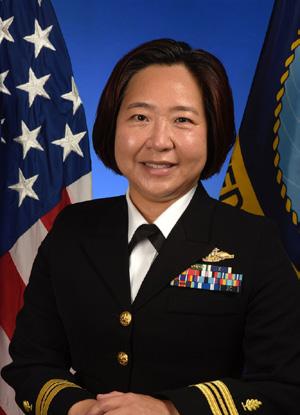 Foundation Board of Directors

The San Diego Military Advisory Council (SDMAC) was founded in 2004 as a 501(c)(6) non-profit organization with a mission to support and promote the mutual business and other interests of the military, their quality of life, and the defense community in the San Diego area. SDMAC advocates on behalf of our military, those who serve or have served, and their families in the greater San Diego region. 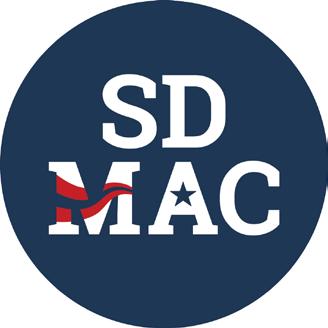