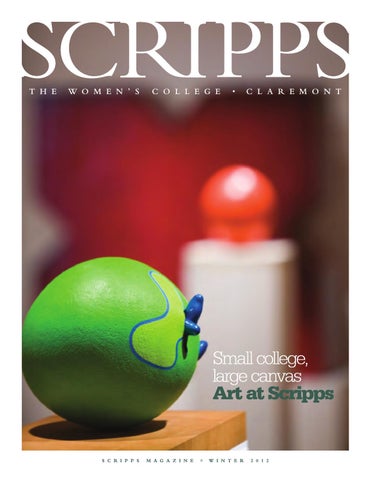 …to Career Planning &amp; Resources. The office’s counselors met with a record 92% of the first-year class in the first three weeks of school (that’s 236 meetings!). These were get-acquainted sessions, with no pressure on our students to know exact career plans—that’s their parents’ job. …to the CMS Athenas cross country team, the 2011 SCIAC and West Region Women’s champions. In NCAA Division III finals, held November 19, 2011, in Winneconne, Wisconsin, CMS took fourth place, the best finish in school history. Breanna Deutsch ’12 led her team and earned All-American honors with a personal best of 21:36.7. Who says brains and brawn don’t mix? From left, seniors Julia Rigby, Breanna Deutsch, and Jennifer Tavé. Photo courtesy of Claremont-Mudd-Scripps

…to the European Union Center of California, at Scripps, which hosts the 10th annual meeting of the ClaremontUC Undergraduate Research Conference on the European Union, April 12-13. “It’s the oldest and largest such conference in the nation,” reports the EU Center’s director, David Andrews, the Gabrielle Marie-Louise JungelsWinkler Professor of Contemporary European Studies, “and it’s held here at Scripps.” …to Patricia F. Goldsmith for her years of service as vice president and dean of admission and financial aid from 1995-2009; as vice president of enrollment, marketing, and communication in 2009; and as the vice president of institutional advancement in 2010. She became vice president of admission at St. Mary’s College of Maryland in January 2012. …to Scripps College Academy, one of five winners of the recent National Center for Women &amp; Information Technology Academic Alliance Seed Fund award, which provides U.S. academic institutions with start-up funds to develop and implement initiatives that recruit and retain women in computing and technology fields of study. 4

...to Emerita Professor of Art Samella Lewis, named a “Local Hero” by public television station KCET and Union Bank in February in celebration of Black History Month. …to Ken Gonzales-Day, professor of art and chair of the art department, who received a 2012 Creative Capital grant in Visual Arts, one of 46 awarded to “adventurous and risktaking” projects representing 56 artists and selected from more than 3,200 entries nationwide. …to Hao Huang, professor of music, who was recently featured in the solution-oriented research and policy magazine Miller-McCune. According to the article, Huang “sees a sublime convergence between Western classical music and Confucian philosophy.” In his own article published October 11, 2011, in the International Journal of Music Education, Huang points out that while the Chinese government’s attitude toward Western music has swung back and forth wildly over the decades, the underlying values spelled out by Confucius— who was himself a musician—have continued to guide cultural attitudes and behaviors. …to Marc Katz, associate professor of German, whose essay “Declining in Style” on the work of 19th-century French novelist J.-K. Huysmans was published in the September 2011 issue of The Believer. His essay was covered by the Utne Reader in their October blog (see www.utne.com/literature/Wastedin-the-1880s-TheDecadent-Movement.aspx). …to Juliet Koss, associate professor of art history and chair of the art history department, who lectured this fall at the University of Chicago, Princeton University, and the Institut National de l’Histoire de l’Art in Paris; in addition, she was the 2011 Rudolf Arnheim Visiting Professor at the Institute for Art and Visual History at Humboldt University in Berlin. …to Dalton Krauss, professor of French, who is co-editor (with Steven Ungar of the University of Iowa and Lynn Higgins of Dartmouth College) of the fall 2011 issue of L’Esprit Créateur: “The Powers of Cinema.” He also contributed an article: “Can Comedy Change the World? Jean Yanne and French Comic Cinema of the 1970s.” …to Julia Liss, professor of history and chair of the department, who was invited to participate in the opening roundtable of the conference, “Indigenous Visions:

Scripps Magazine is published quarterly by the Scripps College Office of Communication and Marketing. 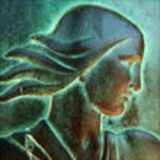