A new age of immersed storytelling Players in the content value chain are no longer considering transmedia as a mere buzzword, but a means for connectivity, interaction, hype and ultimately, revenue.

ransmedia, which has sometimes been referred to as cross-media, is not a new or abstract term; it’s a concept that has been driving engagement around films and television programming for many years. However, as digital capabilities advance and the virtual space becomes a familiar playing field, the idea of creating multiple access points for a single story has grown from being something that a new generation of viewers want, to one which they expect. Simply put, transmedia engages audiences on multiple media platforms by creating a continuation – a following or an experience around a particular story – and in doing so builds a rich viewing experience as well as a network of interactive users around it. Marc Schwinges is a specialist in digital content strategy, consulting and distribution and is a front runner when it comes to this kind of converging experiential communication in South Africa. He has managed transmedia strategies for a number of productions, including the first three local seasons of Big Brother and recently ran a Transmedia Lab at the Durban FilmMart (DFM). “Transmedia can mean different things to different people,” Schwinges explains, “but it’s a case of strategising. You’re not just a filmmaker you’re an experience builder and you’re not just creating those experiences in an analogue world in cinemas. You have the ability to engage with audiences in various ways to get them excited, motivated and on-board with whatever you want to communicate.”

Transmedia in today’s world Using the example of Miners Shot Down, a documentary by South African filmmaker Rehad Desai which is getting a lot of attention in local and international markets, Schwinges describes how Desai utilises media very effectively and how transmedia can work exceptionally well to drive audiences in a certain direction. “Rehad in essence is creating a basic level transmedia project by creating 34 | SCREENAFRICA | September 2014

political hype around the film. There is a huge drive to get Miners Shot Down onto public TV through social media and encouraging people to vote for it, because the SABC is refusing to show it. “He is also using all of these media platforms as a means of persuading people that there are unfair labour laws in the mining sector and that these issues need to be resolved, which turns it in to a bigger political campaign. There is an online presence which displays pictures from the film, engages audiences and drives the experience. Essentially those elements become part of the overall experience of watching Miners Shot Down; it’s a movement.”

The DFM Lab At the DFM Transmedia Lab Schwinges, alongside Ingrid Kopp, director of digital initiatives at the Tribeca Film Institute, worked with three projects to produce slick and effective transmedia strategies which addressed each production’s specific needs. One of the projects is Khumbul’ ekhaya, an SABC television programme which reconnects separated loved ones, sought to extend their audience demographic to include a younger generation. The Post Office is a major sponsor of the show due to the number of people who send in letters, and Schwinges saw an opportunity for the producers to use this to their advantage – especially in light of the fact that the Post Office has evolved into a place where people go to access a number of services, which attracts a lot of people of different ages. “Why not create a show kiosk in each Post Office which allows people to tell the story of who they’ve lost on video. These can then be downloaded to central server every night when The Post Office closes and used, instead of having letters, to inform the production team. The kiosk could also display photos of missing people, and this could be regionalised to show missing people relevant to that area,” says Schwinges. He continues: “Then you could have

DIGITAL CONTENT SPECIALIST: Marc Schwinges the option to type in a story via touchpad or scan additional documents and send them. There is also a need for a web presence, which would work on telephone and mobile to allow users to geo-locate. They could submit their location and, using six degrees of separation logic, it could help people find each other.”

The bottom line Marketing spend on films is traditionally only recouped through sales revenue, but by applying transmedia to a particular project, multiple pay-off possibilities are created. Different avenues of communicating content and any resulting merchandise can be monetised to create additional streams of income for a production. Funding is needed to create and apply a transmedia campaign but according to

Schwinges, the current strategies are outdated and no longer make sense. The Department of Trade and Industry excludes what they term ‘marketing’ expenditure, which is classified as money spent after the production is made to promote the film, from their current filmmaking incentives. But Schwinges reiterates that transmedia is able to build an audience for a project while it is still in development and goes beyond being a marketing tool as it serves as part of the story and communication campaign. According to Schwinges the National Film and Video Foundation is changing its thinking around this, and hopes are high that the Department of Trade and Industry will follow suit. “It’s short-sighted,” says Schwinges, “these policies were created in a space that was pre-internet and multichannel entertainment.” – Carly Barnes 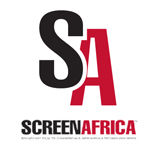