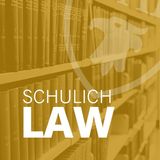 from Hearsay 2020
by Alumni Relations - Schulich School of Law 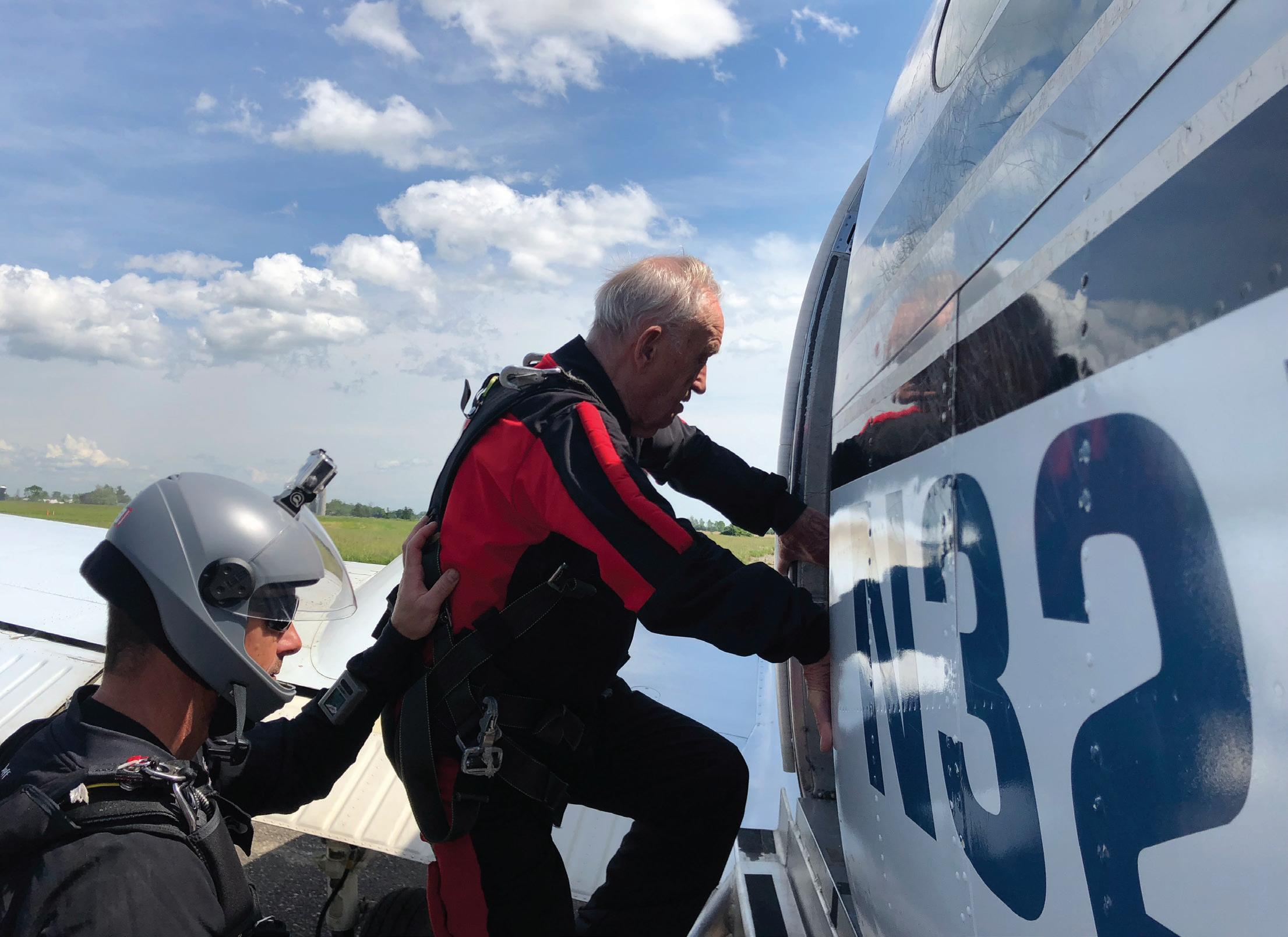 WHERE HAS YOUR LAW DEGREE TAKEN YOU?

Thirty-one years after her father, Geoff Regan (’83), a long-time MP and former Speaker of the House of Commons, graduated from Dalhousie with his law degree, Regan completed law school and took the next step toward fulfilling her childhood dream.

“I’d always been interested in both fairness and justice and being able to give a remedy to people who had been wronged,” she says.

The idea of being a litigator and practicing the art of persuasion excited her. “You could persuade justice to happen by the force of your words.”

She set out to become a Crown prosecutor and became one, but eventually she was drawn to private practice and construction law. She is still technically a part-time Crown attorney, but her private practice now consumes her working days.

Overlooking the Halifax Harbour from the offices of the law firm Cox and Palmer, Regan spends a great portion of her time dealing with disputes involving construction projects. She has acted for owners, general contractors, and subcontractors, advising her clients on claims some of which are more than $100 million.

“I love construction,” she says with a laugh, never believing she would say those words and mean them. Regan was thrilled to act as counsel to the Maritime Link. Completed in 2017, the $1.5-billion project consists of two subsea cables that run 170 km across the Cabot Strait between Cape Ray in Newfoundland and Point Aconi in Nova Scotia with the capacity to carry 500 MW of electricity. Owned by NSP Maritime Link, a subsidiary of Emera Newfoundland and Labrador, the Maritime Link was built to carry electricity generated from the Muskrat Falls hydro project in Labrador into Nova Scotia and onto markets in New England.

When she’s not working in the traditionally male-dominated field of construction, she’s doing commercial litigation. “I am somebody who kind of lives my work. It is not a nine-to-five job,” she says.

Despite being part of a close family of influential Nova Scotian politicians, including her mother, Kelly Regan, who serves as the MLA for Bedford and the province’s minister of community services, she is adamant that politics is not in her future.

“The answer is a hard ‘No’,” she says when asked if she plans to follow in her family’s political footsteps.

Mentoring young female lawyers is one of Regan’s passions. At her firm and through the Dalhousie Feminist Legal Association, she is paired with young lawyers and female legal students. She encourages them all to be bold and to not shy away from a stimulating and demanding career in private practice.

“Whenever I talk to students, I always encourage them to look beyond the traditional legal sphere.”

Justin Pon (’18) may be the first lawyer in his family, but he isn’t feeling pressure to excel in a field none of his relatives have gone before; instead he is excited to be taking a new path - using his law degree to leverage technology, and disrupt old concepts of law.

“Whenever I talk to students, I always encourage them to look beyond the traditional legal sphere,” says Pon. “There are a lot of interesting ways you can use your legal degree.”

Pon has found one. Last summer, he joined Shareworks by Morgan Stanley. Working from the company’s Calgary office, he immediately became immersed in the world of global intelligence, lending guidance to multinational clients on how to manage the complex world of compliance for their global equity plans.

“Literally everyone asks me what I do for work,” he says.

“A client might call me and say, ‘I want to offer stock options in Japan. What do I have to do?’.”

Pon provides the information his clients need to manage equity-related global legal and tax compliance issues to help them reduce their risk. He also leads North American business development for his group. This part of his job often takes him to the United States. Standing in a boardroom, surrounded by a company’s financial officers, he often gets a similar reaction. JUSTIN PON “You’re so much younger than we expected,” they tell him. “I look a lot younger than I am,” he adds with a laugh.

Growing up in Calgary, Pon dreamed of becoming a lawyer. The legal shows his parents watched on television, like Law and Order, made the job look glamorous. But Pon’s practical side led him first to become an accountant. After graduating from the University of Calgary, he worked as a legislative auditor for the Auditor General of Alberta. He liked the work, but couldn’t ignore the call of law.

“The farthest east I had been was to Toronto before Dal,” he says. “I was like a fish out of water when I first arrived.”

Coming from a close Asian-Canadian family and being a minority at law school was initially hard. He soon got involved in the national coalition, the Federation of Asian Canadian Lawyers. Still part of the organization, he now serves as treasurer of its western chapter. Providing a good source for mentorship and networking, he is also part of its efforts to increase equity among Asian-Canadian legal professionals and to increase diversity on the Bench.

“Traditionally law has not been a minority-dominant profession,” says Pon, who speaks Cantonese and is now learning Mandarin, a language that he believes will be an asset for his work. “Having that mentorship network, along with their advocacy to further Asian Canadian special interests in the community, has been something that I like being involved in.”

“My community has always been super important. It is like an extended family.”

Growing up in Halifax’s north-end neighbourhood not only shaped Jalana Lewis (’13) as a person but determined her life path. She drew inspiration from the people around her who had risen above the racism and barriers facing their African Nova Scotian community and found ways to elevate others.

“They were all doing things that revolved around helping their community,” says Lewis. “I knew I wanted to do the same thing.”

Law was Lewis’s route to that goal. She is not a practicing lawyer, but every day she uses the analytical, writing and research skills she learned at law school in her social justice work.

“I went to law school so that I could have lots of options,” she says.

Lewis is part of a project called the African Nova Scotian Youth Lab doing what she loves: engaging and working collaboratively with the community where she grew up. The goal is to find solutions to the question: how do we decrease rates of unemployment among young African Nova Scotians? The community has a disproportionately high number of young people who are out of work.

“It is very close to my heart,” says Lewis. “This is the most important work I do.”

Last year, she worked as chief researcher for the Report on Lord Dalhousie’s History on Slavery and Race. She was part of a team examining the university’s historical connections to slavery and racism and suggesting actions the institution could take in response to the report’s findings.

JALANA LEWIS Before that, she worked as the political campaign manager for Lindell Smith. In 2016, she helped the lifelong-resident of north-end Halifax win in a landslide to become the first African Nova Scotian to win a Halifax city council seat in almost 20 years.

Lewis lives in Toronto – where she divides her time between policy work focused on improving systems and access to justice, and research for NFB documentaries - but still considers Halifax home.

“My community has always been super important,” she says “It is like an extended family.”

Halifax is where her mother, a retired education assistant, and her father, a cab driver, still live. It is also the life-long home of her 98-year-old grandmother. A humble woman who raised nine children, Lewis considers her a mentor.

“We are a bit alike,” she says. “We’re a little reserved but we’re reliable. We’re always the same.”

Valedictorian of her graduating law class, Lewis humbly explains was not based on her marks, but the extracurricular work she threw herself into. Organizing inclusive fundraising events with the Dalhousie Black Law Students’ Association, gave her the opportunity to give back to the community and learn essential skills she uses in her work: planning, project management and making space for everyone.

Being able to bring disparate groups of people together is not only something Lewis is good at - it fits with her philosophy: don’t try to do things on your own.

“My relationships with people are what I am most proud of.”

Having clerked with the country’s highest judges, Lauren Mills Taylor (’16) set out to work with lawyers at the top of their profession in private practice.

In 2018, she joined the small, yet growing civil litigation group at Toronto-based Henein Hutchison LLP. Working alongside lawyers like Scott Hutchison, the firm’s partner, she knew she would have an opportunity to be part of important, high-profile cases and a chance to make an impact in the world. “I am learning so much from people who are great at what they do,” she says.

She is currently part of an immigration-related, class-action lawsuit focused on the length of time people spend in detention; she is also working pro bono alongside Hutchison and Mary Eberts, a trailblazing lawyer and human rights advocate, on a case that involves the Ontario government’s cut to funding for families of grown children with severe autism.

Before joining the firm, Mills Taylor worked as a clerk to Justice Malcolm Rowe at the Supreme Court of Canada, calling it one of the best experiences of her life. Working with the 36 other clerks was a highlight and a privilege.

Previously, Mills Taylor articled at the Alberta Court of Appeal, in the province where she grew up and where her mom, Michelle Christopher (’86) was appointed Medicine Hat Provincial Court’s first female judge in 2018.

“She is a huge role model,” she says of her mom. “She is kind of incredible. She puts 100 per cent into everything.” Both of Mills Taylor’s parents studied law at Dalhousie, but law wasn’t the career she initially envisioned for herself. She studied international relations at the University of British Columbia and later development studies at the London School of Economics before working in Uganda with a youth-focused non-profit called Restless Development. For six months, she lived in rural villages teaching young people everything from changes in puberty and gender roles to leadership skills. The experience taught her that working behind the scenes on systemic change is where she could likely make the most lasting impact.

“I’ve always had a public service bent as to where I want my career to go,” she says.

Throwing herself into the work she loves, leads to long hours. Her close relationships and a love of music keep her grounded. At Dalhousie, she sang with the Acapellants, performing for students and faculty. Now in her free time she is teaching herself how to play guitar and playing upbeat songs on her ukulele.

“You can’t actually be stressed when you play the ukulele,” she says.

A question she was asked during a past job interview still causes her to pause: what are you most proud of?

“I was quiet, and then I said: my relationship with my husband,” she says. “My relationships with people are what I am most proud of.”

This story is from:
Hearsay 2020
by Alumni Relations - Schulich School of Law