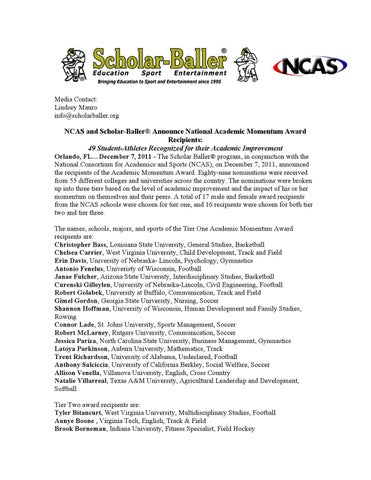 this issue, the founding members of Scholar Baller® developed a groundbreaking program to bridge the gap between education and sport utilizing student-athletes’ passion for entertainment and athletics. As a result, the Scholar Baller® program has produced unprecedented outcomes in student retention and academic achievement. Each award recipient will receive a recognition certificate and authentic Schollar Baller® medal. All nominees are individually and collectively a testament to the “student” in “student-athlete.” Their commitment to academics and athletics is truly an inspiration.