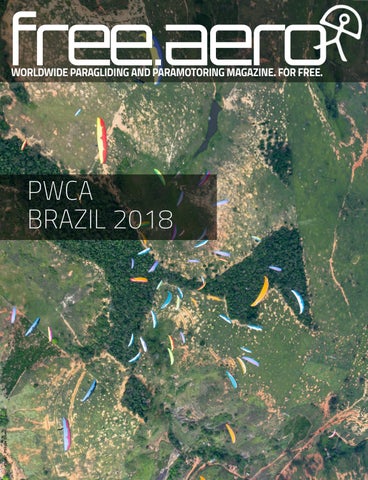 Today started off with 100% cloud cover. A 60km task with one turn point and goal half way to Governador Valadares was set. The day rapidly improved with 50% blue sky. High and low clouds gave lots of route options to avoid the shadiest areas.

his second event in the 2018 World Cup calendar took place in Brazil. It was won by Swiss pilot Michael Küffer (GIN Boo‐ merang 11), followed by Sté‐ phane Poulain from France (Ozone Enzo 3) and Torsten Siegel from Germany (Boome‐ rang 11). Amongst the ladies: in first place Méryl Delferriere, followed by Keiko Hiraki and Yael Margelisch, all three flying Ozone Enzo 3s. Here are a few photos from this amazing event which finished on the 21st of April. The next event will take place in Italy from the 23rd to the 30th of June 2018.

Once again there was a lot of new talent: Simon Mettetal, 4th overall. Like first lady, Méryl Delferriere, he trained with the Pôle Espoir at Font Romeu.

Tim Rochas (FRA) flying for Niviuk on the Icepeak RFC, one of the few pilots not flying a Boomerang, Enzo or Zeno, came 8th. The Icepeak RFC is one of the first models of the new version of the Icepeak. Could this be the return of Niviuk to World class competitions? Remember that the Catalan manufacturer was on virtually all the podiums up until about four years ago. Niviuk told us that the Icepeak RFC is still at the testing stage, and they wonâ&#x20AC;&#x2122;t be marketing it straightaway. In any case, their production lines are fully occupied by the Artik 5 and the Takoo 4.

Above the Rio Doce and the outskirts of Baixo Guandu.

A great X-Ray image of two Boomerang 11s. The photo was taken by Goran Dimiskovski President of the PWCA.

EQUIPMENT As usual the vast majority of wings were Ozone Enzo 3s and Gin Boomerang 11s, a model which is still very much on the up. Nevertheless, this didn’t stop Michael Sigel taking part on a Boomerang RFC. A "Ready For Certification" wing is a new model which conforms to CCC norms but, although it is ready for certification, it hasn’t gone through the tests yet. It has to be flown by one of the manufacturer’s test pilots and they can only enter one RFC gli‐ der per competition. RFC gliders are not allowed in the Super Final.

One of the rare ‘Outsiders’, the XCRacer from Flow Gliders flown by Felipe Rezende, in 74th place. 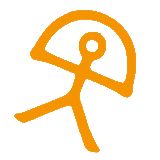