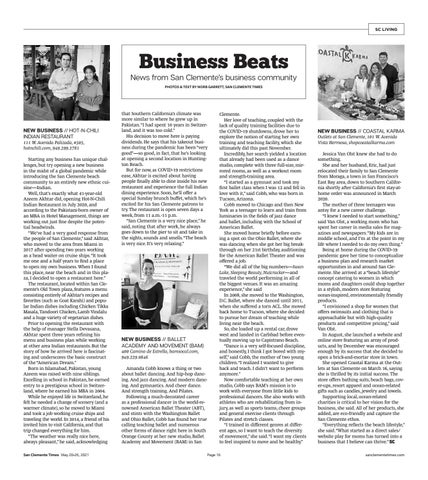 Starting any business has unique challenges, but try opening a new business in the midst of a global pandemic while introducing the San Clemente beach community to an entirely new ethnic cuisine—Indian. Well, that’s exactly what 41-year-old Azeem Akhtar did, opening Hot-N-Chili Indian Restaurant in July 2020, and according to the Pakistani-born owner of an MBA in Hotel Management, things are working out just fine despite the potential headwinds. “We’ve had a very good response from the people of San Clemente,” said Akhtar, who moved to the area from Miami in 2017 after spending two years working as a head waiter on cruise ships. “It took me one and a half years to find a place to open my own business. When I found this place, near the beach and in this plaza, I decided to open a restaurant here.” The restaurant, located within San Clemente’s Old Town plaza, features a menu consisting entirely of Akhtar’s recipes and favorites (such as Goat Karahi) and popular Indian dishes including Chicken Tikka Masala, Tandoori Chicken, Lamb Vindalu and a huge variety of vegetarian dishes. Prior to opening the restaurant with the help of manager Stella Devasana, Akhtar spent three years refining his menu and business plan while working at other area Indian restaurants. But the story of how he arrived here is fascinating and underscores the basic construct of the “American Dream.” Born in Islamabad, Pakistan, young Azeem was raised with nine siblings. Excelling in school in Pakistan, he earned entry to a prestigious school in Switzerland, where he earned his MBA in 2004. While he enjoyed life in Switzerland, he felt he needed a change of scenery (and a warmer climate), so he moved to Miami and took a job working cruise ships and traveling the world. In 2014, a friend of his invited him to visit California, and that trip changed everything for him. “The weather was really nice here, always pleasant,” he said, acknowledging San Clemente Times May 20-26, 2021

that Southern California’s climate was more similar to where he grew up in Pakistan. “I had spent 10 years in Switzerland, and it was too cold.” His decision to move here is paying dividends. He says that his takeout business during the pandemic has been “very good”—so good, in fact, that he’s looking at opening a second location in Huntington Beach. But for now, as COVID-19 restrictions ease, Akhtar is excited about having people finally able to dine inside his new restaurant and experience the full Indian dining experience. Soon, he’ll offer a special Sunday brunch buffet, which he’s excited for his San Clemente patrons to try. The restaurant is open seven days a week, from 11 a.m.-11 p.m. “San Clemente is a very nice place,” he said, noting that after work, he always goes down to the pier to sit and take in the sights, sounds and smells. “The beach is very nice. It’s very relaxing.”

Amanda Cobb knows a thing or two about ballet dancing. And hip-hop dancing. And jazz dancing. And modern dancing. And gymnastics. And cheer dance. And strength training. And Pilates. Following a much-decorated career as a professional dancer in the world-renowned American Ballet Theater (ABT), and stints with the Washington Ballet and Ohio Ballet, Cobb has found her true calling teaching ballet and numerous other forms of dance right here in South Orange County at her new studio, Ballet Academy and Movement (BAM) in San

Clemente. Her love of teaching, coupled with the lack of quality training facilities due to the COVID-19 shutdowns, drove her to explore the notion of starting her own training and teaching facility, which she ultimately did this past November. Incredibly, her search yielded a location that already had been used as a dance studio, complete with three full-size, mirrored rooms, as well as a workout room and strength-training area. “I started as a gymnast and took my first ballet class when I was 12 and fell in love with it,” said Cobb, who was born in Tucson, Arizona. Cobb moved to Chicago and then New York as a teenager to learn and train from luminaries in the fields of jazz dance and ballet, including with the School of American Ballet. She moved home briefly before earning a spot on the Ohio Ballet, where she was dancing when she got her big breakthrough on her 21st birthday, auditioning for the American Ballet Theater and was offered a job. “We did all of the big numbers—Swan Lake, Sleeping Beauty, Nutcracker—and traveled the world performing in all of the biggest venues. It was an amazing experience,” she said In 2008, she moved to the Washington, D.C. Ballet, where she danced until 2011, when she suffered a torn ACL. She moved back home to Tucson, where she decided to pursue her dream of teaching while living near the beach. So, she loaded up a rental car, drove west and landed in Carlsbad before eventually moving up to Capistrano Beach. “Dance is a very self-focused discipline, and honestly, I think I got bored with myself,” said Cobb, the mother of two young children. “I realized I wanted to give back and teach. I didn’t want to perform anymore.” Now comfortable teaching at her own studio, Cobb says BAM’s mission is to work with everyone from little kids to professional dancers. She also works with athletes who are rehabilitating from injury, as well as sports teams, cheer groups and general exercise clients through Pilates and stretch classes. “I trained in different genres at different ages, so I want to teach the diversity of movement,” she said. “I want my clients to feel inspired to move and be healthy.”

Jessica Van Olst knew she had to do something. She and her husband, Eric, had just relocated their family to San Clemente from Moraga, a town in San Francisco’s East Bay area, down to Southern California shortly after California’s first stay-athome order was announced in March 2020. The mother of three teenagers was antsy for a new career challenge. “I knew I needed to start something,” said Van Olst, a working mom who has spent her career in media sales for magazines and newspapers. “My kids are in middle school, and I’m at the point in my life where I needed to do my own thing.” Being at home during the COVID-19 pandemic gave her time to conceptualize a business plan and research market opportunities in and around San Clemente. She arrived at a “beach lifestyle” concept catering to women in which moms and daughters could shop together in a stylish, modern store featuring ocean-inspired, environmentally friendly products. “I envisioned a shop for women that offers swimsuits and clothing that is approachable but with high-quality products and competitive pricing,” said Van Olst. In August, she launched a website and online store featuring an array of products, and by December was encouraged enough by its success that she decided to open a brick-and-mortar store in town. She opened Coastal Karma at the Outlets at San Clemente on March 16, saying she is thrilled by its initial success. The store offers bathing suits, beach bags, cover-ups, resort apparel and ocean-related gifts such as candles, jewelry and towels. Supporting local, ocean-related charities is critical to her vision for the business, she said. All of her products, she added, are eco-friendly and capture the San Clemente ethos. “Everything reflects the beach lifestyle,” she said. “What started as a direct sales/ website play for moms has turned into a business that I believe can thrive.” SC sanclementetimes.com 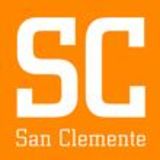