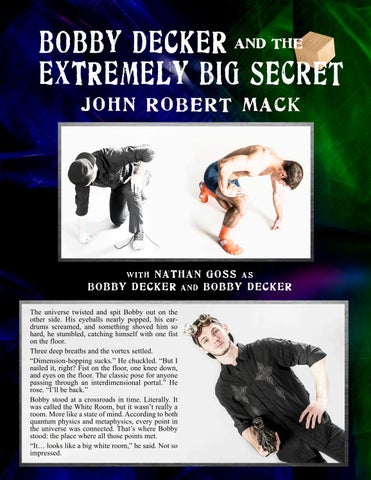 BOBBY DECKER and the

The universe twisted and spit Bobby out on the other side. His eyeballs nearly popped, his eardrums screamed, and something shoved him so hard, he stumbled, catching himself with one fist on the floor. Three deep breaths and the vortex settled. “Dimension-hopping sucks.” He chuckled. “But I nailed it, right? Fist on the floor, one knee down, and eyes on the floor. The classic pose for anyone passing through an interdimensional portal.” He rose. “I’ll be back.” Bobby stood at a crossroads in time. Literally. It was called the White Room, but it wasn’t really a room. More like a state of mind. According to both quantum physics and metaphysics, every point in the universe was connected. That’s where Bobby stood: the place where all those points met. “It… looks like a big white room,” he said. Not so impressed. 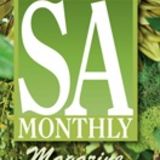 San Antonio's #1 Contemporary Magazine… is already delivered’ to a Cell phone, Tablet, Laptop or a Computer near You!

San Antonio's #1 Contemporary Magazine… is already delivered’ to a Cell phone, Tablet, Laptop or a Computer near You!