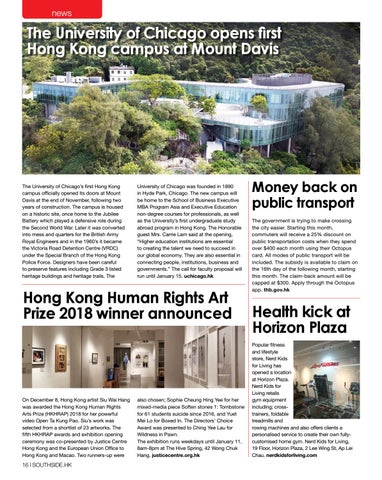 The University of Chicago’s first Hong Kong campus officially opened its doors at Mount Davis at the end of November, following two years of construction. The campus is housed on a historic site, once home to the Jubilee Battery which played a defensive role during the Second World War. Later it was converted into mess and quarters for the British Army Royal Engineers and in the 1960’s it became the Victoria Road Detention Centre (VRDC) under the Special Branch of the Hong Kong Police Force. Designers have been careful to preserve features including Grade 3 listed heritage buildings and heritage trails. The

University of Chicago was founded in 1890 in Hyde Park, Chicago. The new campus will be home to the School of Business Executive MBA Program Asia and Executive Education non-degree courses for professionals, as well as the University’s first undergraduate study abroad program in Hong Kong. The Honorable guest Mrs. Carrie Lam said at the opening, “Higher education institutions are essential to creating the talent we need to succeed in our global economy. They are also essential in connecting people, institutions, business and governments.” The call for faculty proposal will run until January 15. uchicago.hk

also chosen; Sophie Cheung Hing Yee for her mixed-media piece Soften stones 1: Tombstone for 61 students suicide since 2016, and Yuet Mei Lo for Boxed In. The Directors’ Choice Award was presented to Ching Yee Lau for Wildness in Pawn. The exhibition runs weekdays until January 11, 8am-8pm at The Hive Spring, 42 Wong Chuk Hang. justicecentre.org.hk 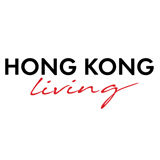