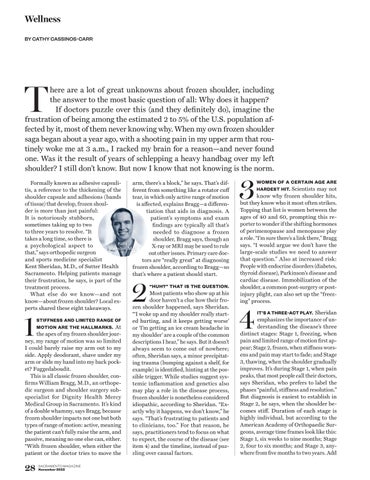 here are a lot of great unknowns about frozen shoulder, including the answer to the most basic question of all: Why does it happen? If doctors puzzle over this (and they definitely do), imagine the frustration of being among the estimated 2 to 5% of the U.S. population affected by it, most of them never knowing why. When my own frozen shoulder saga began about a year ago, with a shooting pain in my upper arm that routinely woke me at 3 a.m., I racked my brain for a reason—and never found one. Was it the result of years of schlepping a heavy handbag over my left shoulder? I still don’t know. But now I know that not knowing is the norm. Formally known as adhesive capsuliarm, there’s a block,” he says. That’s diftis, a reference to the thickening of the ferent from something like a rotator cuff shoulder capsule and adhesions (bands tear, in which only active range of motion of tissue) that develop, frozen shoulis affected, explains Bragg—a differender is more than just painful: tiation that aids in diagnosis. A It is notoriously stubborn, patient’s symptoms and exam sometimes taking up to two findings are typically all that’s to three years to resolve. “It needed to diagnose a frozen takes a long time, so there is shoulder, Bragg says, though an Kent a psychological aspect to X-ray or MRI may be used to rule Sheridan, M.D. that,” says orthopedic surgeon out other issues. Primary care docand sports medicine specialist tors are “really great” at diagnosing Kent Sheridan, M.D., of Sutter Health frozen shoulder, according to Bragg—so Sacramento. Helping patients manage that’s where a patient should start. their frustration, he says, is part of the “HUH?” THAT IS THE QUESTION. treatment process. Most patients who show up at his What else do we know—and not door haven’t a clue how their froknow—about frozen shoulder? Local exzen shoulder happened, says Sheridan. perts shared these eight takeaways. “‘I woke up and my shoulder really startSTIFFNESS AND LIMITED RANGE OF ed hurting, and it keeps getting worse’ MOTION ARE THE HALLMARKS. At or ‘I’m getting an ice cream headache in the apex of my frozen shoulder jourmy shoulder’ are a couple of the common ney, my range of motion was so limited descriptions I hear,” he says. But it doesn’t I could barely raise my arm out to my always seem to come out of nowhere; side. Apply deodorant, shave under my often, Sheridan says, a minor precipitatarm or slide my hand into my back pocking trauma (bumping against a shelf, for et? Fuggedaboudit. example) is identified, hinting at the posThis is all classic frozen shoulder, consible trigger. While studies suggest sysfirms William Bragg, M.D., an orthopetemic inflammation and genetics also dic surgeon and shoulder surgery submay play a role in the disease process, specialist for Dignity Health Mercy frozen shoulder is nonetheless considered Medical Group in Sacramento. It’s kind idiopathic, according to Sheridan. “Exof a double whammy, says Bragg, because actly why it happens, we don’t know,” he frozen shoulder impacts not one but both says. “That’s frustrating to patients and types of range of motion: active, meaning to clinicians, too.” For that reason, he the patient can’t fully raise the arm, and says, practitioners tend to focus on what passive, meaning no one else can, either. to expect, the course of the disease (see “With frozen shoulder, when either the item 4) and the timeline, instead of puzzling over causal factors. patient or the doctor tries to move the

WOMEN OF A CERTAIN AGE ARE HARDEST HIT. Scientists may not

know why frozen shoulder hits, but they know who it most often strikes. Topping that list is women between the ages of 40 and 60, prompting this reporter to wonder if the shifting hormones of perimenopause and menopause play a role. “I’m sure there’s a link there,” Bragg says. “I would argue we don’t have the large-scale studies we need to answer that question.” Also at increased risk: People with endocrine disorders (diabetes, thyroid disease), Parkinson’s disease and cardiac disease. Immobilization of the shoulder, a common post-surgery or postinjury plight, can also set up the “freezing” process.

emphasizes the importance of understanding the disease’s three distinct stages: Stage 1, freezing, when pain and limited range of motion first appear; Stage 2, frozen, when stiffness worsens and pain may start to fade; and Stage 3, thawing, when the shoulder gradually improves. It’s during Stage 1, when pain peaks, that most people call their doctors, says Sheridan, who prefers to label the phases “painful, stiffness and resolution.” But diagnosis is easiest to establish in Stage 2, he says, when the shoulder becomes stiff. Duration of each stage is highly individual, but according to the American Academy of Orthopaedic Surgeons, average time frames look like this: Stage 1, six weeks to nine months; Stage 2, four to six months; and Stage 3, anywhere from five months to two years. Add

Welcome! The party theme continues this month, with writer Angela Knight’s roundtable discussion among wedding experts. While we’re not quite ready to say “post-pandemic,” at least weddings are actually happening now, so we wanted to find out what’s trending and how much it’s all costing. (In a word: lots.) This has become personally interesting in our family, as our daughter Anna and her guy, Travis, got engaged over the summer. What their wedding will entail remains to be seen, but as her dad and I celebrate our 30th anniversary this year, we consider ourselves living proof that the grandiosity of the wedding isn’t necessarily predictive of the strength of the union. For our wedding, family and close friends—50 people, tops—gathered at my sister and late brother-in-law’s house the first Saturday in December 1992. We partied in the garage—and we’re still going! Also for this issue, writer Sasha Abramsky caught up with a few locals who recently quit their jobs, living examples of The Great Resignation. 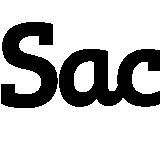 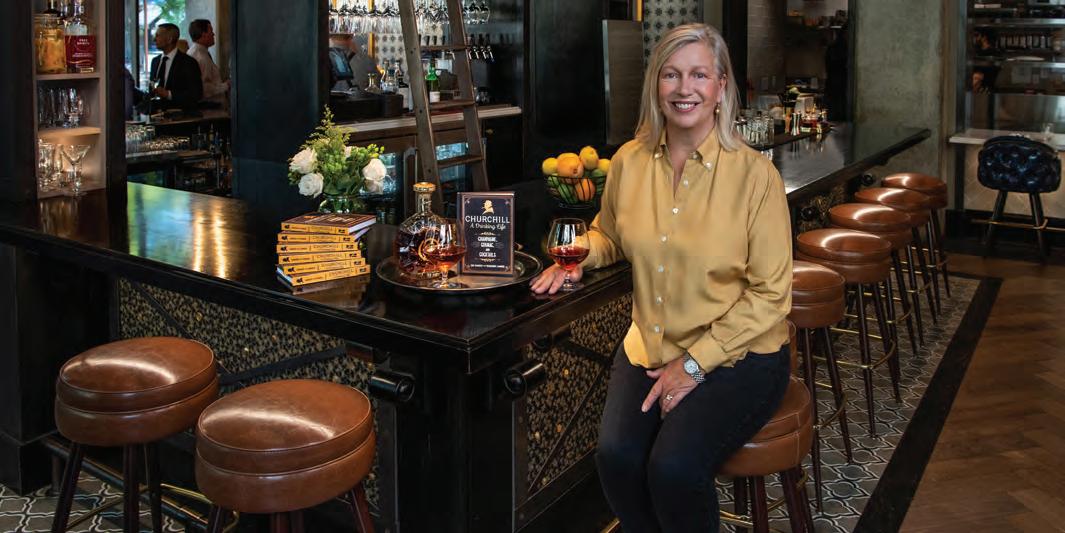 Book: booze with the British PM 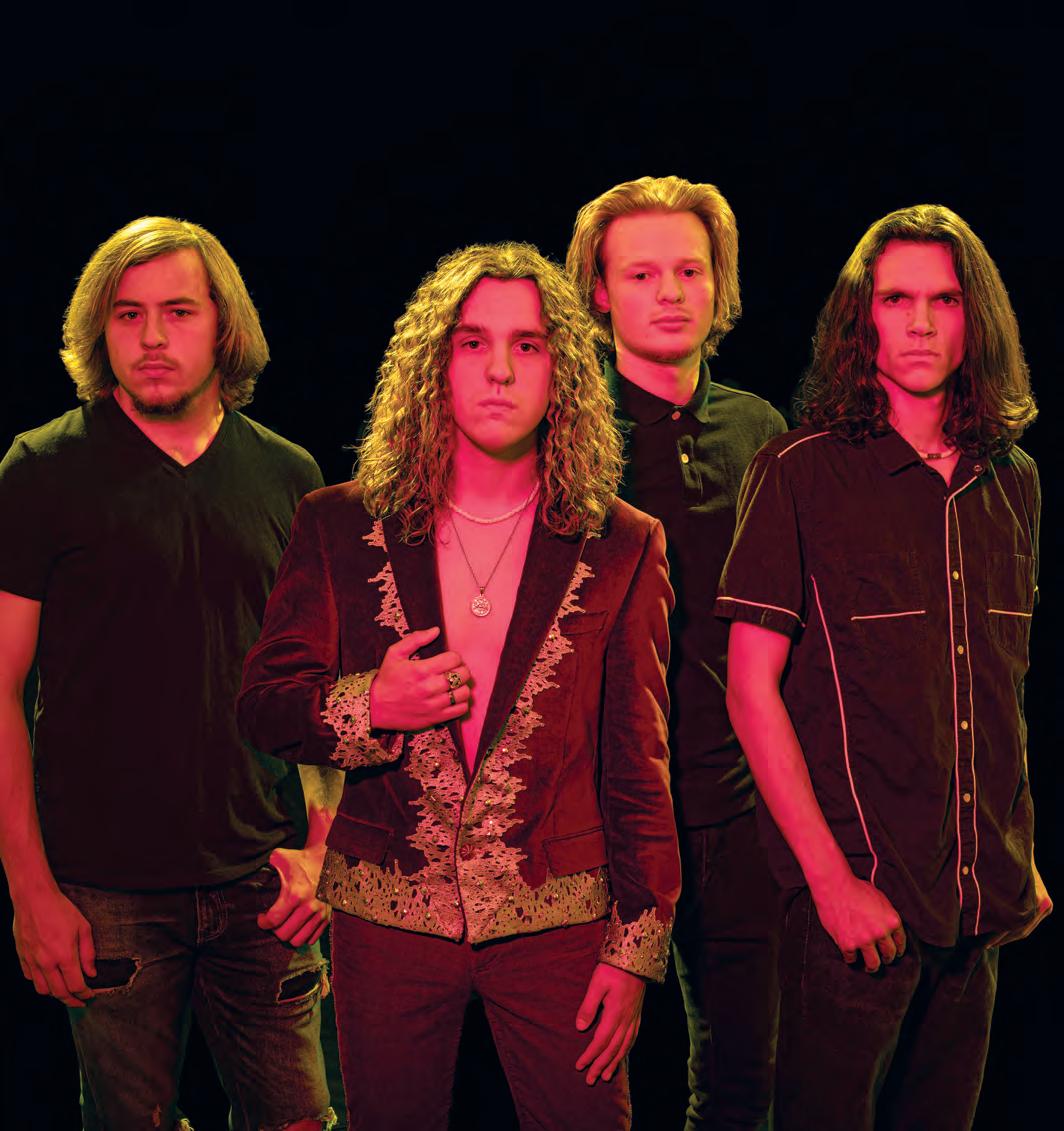 RED VOODOO BRINGS IT BACK 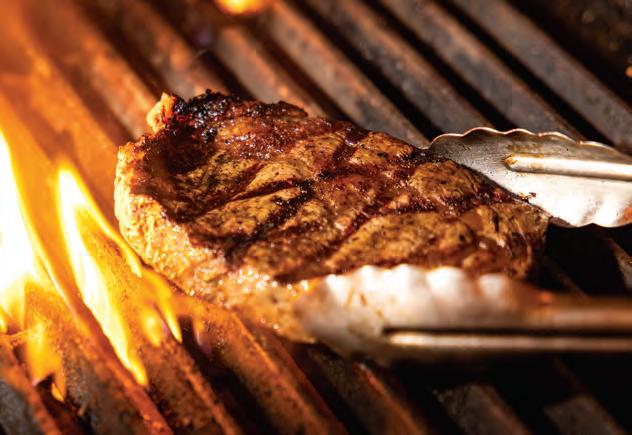 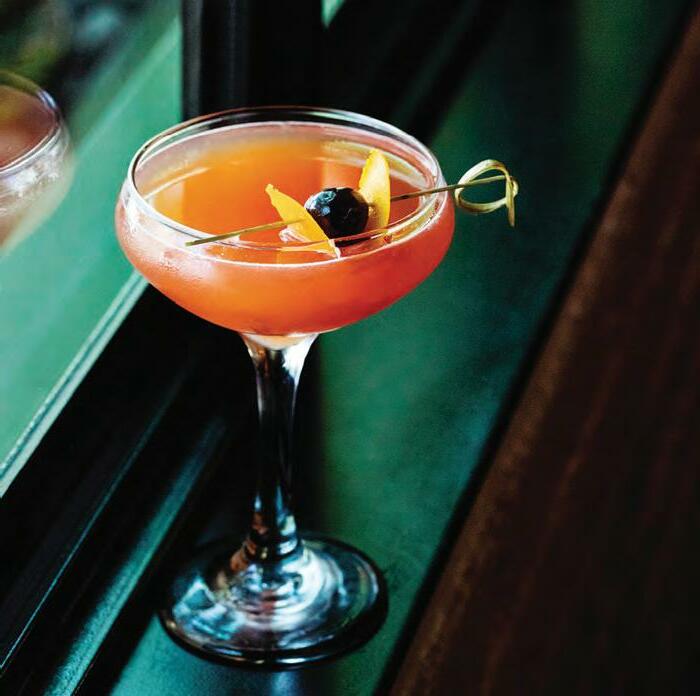