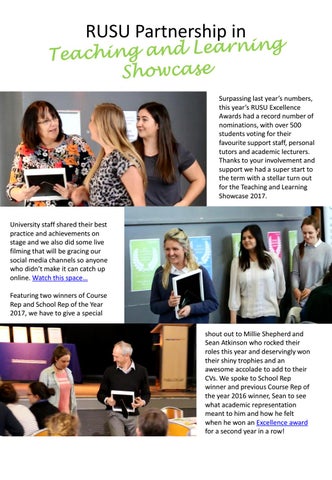 Surpassing last year’s numbers, this year’s RUSU Excellence Awards had a record number of nominations, with over 500 students voting for their favourite support staff, personal tutors and academic lecturers. Thanks to your involvement and support we had a super start to the term with a stellar turn out for the Teaching and Learning Showcase 2017.

University staff shared their best practice and achievements on stage and we also did some live filming that will be gracing our social media channels so anyone who didn’t make it can catch up online. Watch this space… Featuring two winners of Course Rep and School Rep of the Year 2017, we have to give a special shout out to Millie Shepherd and Sean Atkinson who rocked their roles this year and deservingly won their shiny trophies and an awesome accolade to add to their CVs. We spoke to School Rep winner and previous Course Rep of the year 2016 winner, Sean to see what academic representation meant to him and how he felt when he won an Excellence award for a second year in a row! 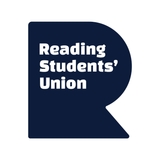