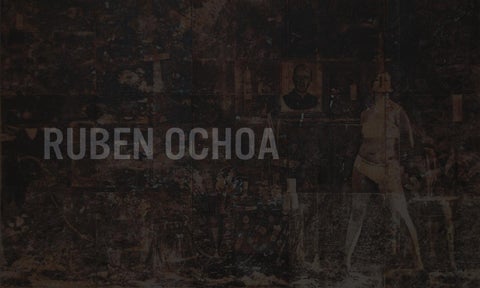 Bestiary ( or t he N ew D eadly Sins) i s artist R uben Ochoaʼs r edefinition of t he C atholic churchʼs i conic seven deadly sins, r econfiguring them f or a m odern age o f high definition moral decay. E ach s in i s represented i n the series by a n allegorical i mage deriving from a s ingle photographic exposure, developed and p rinted onto stone. E ach shot i s marked by the presence of an animal – some familiar, some exotic – making a modern-day fable out of each profane act. The bestiary as a genre has its roots in Classical and medieval compendia of animals. From the psalters of medieval F rance and E ngland t o the notebooks o f Leonardo D a Vinci and t he paintings o f Henri de Toulouse-Lautrec, animals are a long-established artistic index of moral lessons. The literary bestiaries of Jorge Luis Borges and Julio C ortázar i n Latin America brought the genre into the twentieth century with t he description o f imaginary beasts. C ontinuing this tradition, O choa&#39;s Bestiary ( or t he N ew D eadly Sins) r aises t he genre to new l evels of m oral and political critique for the twenty first century. Redefining the deadly sins r equires some degree o f

audacity: it i s hoped t hat t his audacity t akes i ts o wn place in Ochoa&#39;s catalogue of vices, wheresoever the viewer chooses to situate it. The p roduction of each i mage i n the series is t he result of m ore than f ifteen hours of photographic development. The seven images of Bestiary begin life as s ingle photographic exposures, untouched by Photoshop, and developed and p rinted d irectly onto slabs of amber-toned, fossil-rich Caliza stone quarried in Yucatan, Mexico. The t echnique used i n their development i s unique and based o n the artistʼs m odification of several nineteenth-century photographic formulae, i nvolving months of preparation, chemical analysis and tests. A product of both the material and scale of the work each photograph measures 91 x 152 cm and weighs over 80kg - the monumentality of Bestiary (or the New Deadly Sins) i s palpable and entirely intentional: physical s tature m atches t he s tature o f the moral questions taken on by the series.

The function of everyday objects is their most convincing d isguise. I n the brief drama o f a human life, t hese o bjects serve a single and graceful purpose to which, with our patronage, t heir being devotes i tself full-time. Use is t he frequency t o which our senses a re tuned, over and above all others. The i mages t hat f ollow show t hese quotidian objects in repose: objects that have forgotten themselves, relaxed into breakage or disuse, and in doing so, in that s ilence beyond t he noise o f use, begun t o speak anew. T hese o bjects are residues of the intimacies, banalities and discoveries in w hich t hey participate unheard. Their ghost-life is the life of objects when we are not there to use them, when objects â&amp;#x20AC;&amp;#x201C; we imagine here â&amp;#x20AC;&amp;#x201C; simply remember. Inventory (one) is a catalogue of these buried i ntimacies, paying tribute to t he unmarked service of ordinary objects to the human soul.

Suffice it to start walking, with no intention of stopping, to someday come back to the same place. In 360º Ruben Ochoa ventures from one point t o another, i n a chain of r elations between objects, people and places that will take him invariably back to the place he started. He sets out t o prove t hat chance has a n order o f sorts; t hat everything i s subject t o a web of relationships that, in i ts w orking, is common to all of us. The exhibition has no beginning. Like an endless conversation, each image opens up t he possibility of another, tracing t he circular forms of memory. The object or person loses its singularity and becomes the document o f a s imple exploration. Beyond aesthetics, t he e motions 360º invites are in a sense t he point – t he destination – of t he j ourney. A s in a conversation, each new i mage is a pretext for m ore images, a search for conclusion t hat, naturally, never quite gets there.

THE LAND OF THE SUN MEXICO CITY, MEXICO

Ruben Ochoa has exhibited in Europe, North America and Latin America, with key shows in New York, Berlin, London, Barcelona, Buenos Aires and Los Angeles as well as an ongoing cycle of exhibitions in his hometown, Mexico City. His collaborations include projects with master artists Leonora Carrington, José Luis Cuevas, Manuel Felguérez, Gabriel Macotela, Javier Marín, Vicente Rojo and Francisco Toledo. Ochoa is considered among the most important artists currently working in Mexico. His work was commissioned for exhibitions of “20 Iberoamerican artists”, and he represented Mexico in the PhotoIreland Festival in 2010. He took 1st place honours at the Mercosur 12 International Fair in Buenos Aires. Among his commissions are projects for the New York-based Art on Paper (&#39;Diaries of a Young Artist&#39;, published as a book in 2009), magazines Monocle (London), FOLLY (New York) and Lenguaraz (Mexico), the SONS Museum in Belgium, the Lux Art Institute in California and a variety of corporate and private commissions. He was invited to the Editorial

Committee of the newspaper Reforma&#39;s Culture section. Notable exhibitions of Ruben Ochoa&#39;s work include the highly acclaimed touring exhibition 360º, shown in cities throughout Europe between 2006 and 2012 (and published as a book in 2010), and exhibitions of the projects Piso 86 (Floor 86, homage to Manuel Felguérez) and Road to Ayreshire (Franz Mayer Museum, Mexico City), THERMO (images shot with an infrared camera, exhibited at the fourth World Water Forum), Bestiary (or the new deadly sins) which was exhibited at the British-American Museum and the Santo Domingo Convent in Mexico City, and shows at the Patricia Conde Contemporary Art Gallery and Gallery 416 W, Texas. Ochoa&#39;s work has been featured in the Saatchi Online &quot;New Photography&quot; and &quot;Black and White&quot; collections, curated by the Director of the Saatchi Gallery, London. In 2011 Ochoa completed an artistic residency in Barcelona. In 2014 his plans include a period of work in London and a series of projects, some large format, to be presented in Europe.

A summary of the most representative work of Rubén Ochoa 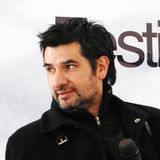