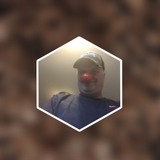 Richard Wakeley also volunteers with local homeless charities daily. For example, he collaborates closely with Michael's Place, an organization that prepares meals and bakes pastries for homeless veterans. Unfortunately, there are numerous issues with how this country handles its soldiers, and there are far too many homeless veterans in Seattle. As a result, Richard has dedicated a significant amount of time to help with this charity, which assists homeless veterans who are struggling to transition to civilian life after returning from military tours of duty overseas.