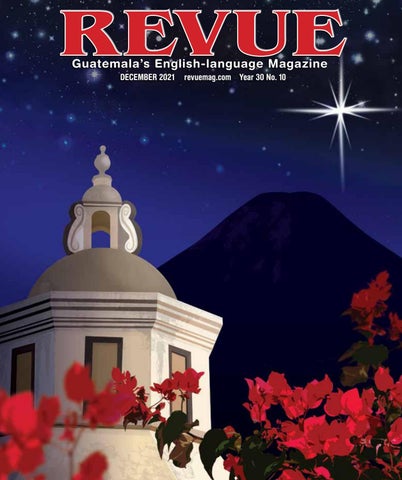 Submit your photo now for the

On the Cover “Hope Shines” illustration by Hadazul Cruz

FOR MORE INFORMATION ABOUT THE INTERACTIVE REVUE

The dance normally takes place every year during the firsts days of December, along Ciudad Vieja’s streets, but the performers prepare themselves with months of anticipation. . ..more

a retrospective A look at some of the events we will be missing in person this year.

nitel internet service where no one else gives it

nes del lago hotel you deserve to relax at the lake

lthough the December holiday season will once again be on the subdued side of things, the spirit of giving and good-cheer will not be abated. The Photo Contest for this month was Fiestas, and the photographs will transport us to those fun times past and help us imagine future celebrations. In The Dance of the 24 Devils, Hadazul Cruz explains in text and images the preperations and joy that are a part of this traditional fiesta that normally grace the streets of Ciudad Vieja during the first days of the December. Since there will be no large outdoor events scheduled for this holiday season, including Ciudad Vieja’s Patron Saint Festivities, the Burning of the Devil, the Immaculate Conception procession, the Día de La Virgen de Guadalupe procession and the Christmas processions, we have included a look at some of the events we will be missing in December, A Retrospective. There will not be any large gatherings arranged for celebrating the New Year either. We have a Book Alert that we are very excited about. Our friend and long-time revue contributor Chef Amalia Moreno-Damgaard has just released a new cookbook, Amalia’s Meso-american Table, which includes 132 international recipes. She goes beyond borders to explore modern takes on ancient Latin American dishes. Her first book was the award-winning Amalia’s Guatemalan Kitchen. ¡Buen provecho! All of us at REVUE wish all of you a wonderful and fulfilling holiday season and a successful New Year! Please stay safe. — Terry &amp; John Kovick Biskovich

Using the interactive features As you turn a page you’ll notice some of the text/images are briefly highlighted. All you have to do is click or tap on them to enter the world of interactivity, including virtual reality tours. Double-tap on a page to zoom in. Click on a page to view highlighted content. In the contents and advertiser index pages just click or tap on whatever subject 16 you’re interested in and that’s where you’ll go. Videos will play directly in the page.

The Dance of the 24 Devils

he “Baile de los 24 Diablos” (The Dance of the 24 Devils) also known as the “Baile de la Legión” (Legion Dance) is performed in Honor of the Virgin Mary of Immaculate Conception during the Patron Saint Festivities in Ciudad Vieja Sacatepéquez.

This dance dates from the 17th century; it was brought by the Franciscan monks who were in charge of the parish at Ciudad Vieja. These types of spectacles were created in order to transmit the catholic doctrine to the indiginous population, as it was difficult to communicate because of the language differences. 31

The lost soul and the devil - photo by Ludwing Paniagua 34

The dialogues of this play/dance are written in verse. The story is about a lost soul on its way to hell, every devil represents a sin, there is also a Devil King, Death, the Monkey and an Angel who are doing the last efforts to redeem the soul and take it to heaven. The dance takes place every year during the first days of December along Ciudad Viejas’s streets. During the months prior to

the performances there is both the anticipation and a deep sense of commitment. When an actor commits to participate, he has to do it for seven years in a row. This is part promise to the Virgin Mary and part superstition, guaranteeing they don’t go to hell for impersonating the devil. Originally this dance was performed only by men, but recently, there are different groups that include children and women. Now there’s the dance of the 24 “diablas.” 35

No one in town knows who the performers are until the last day of dancing when the final one takes place in front of the church and every actor takes of his mask and enters the temple to ask forgiveness from Virgin Mary. The 31st of October 2005 this play/dance was declared as “Patrimonio Intangible de la Nación” (Intangible Heritage of the Nation) by Guatemala’s government in order to preserve this type of cultural expressions.

The dance normally takes place every year during the first days of December along Ciudad Vieja’s streets, but the performers prepare themselves during months of anticipation. 37

ecember is as the song says, “the most wonderful time of the year” and in Guatemala it almost goes without saying.

Beginning at the end of November the season bursts forth with cultural and religious events all over the country, concluding at midnight on New Year’s Eve. Here are some of the events we will miss attending in person, but we can certainly enjoy this retrospective. November 27 to December 21 Ciudad Vieja PATRON SAINT FESTIVITIES dedicated to the Immaculate Conception of Mary. It is a social, cultural and religious event with popular activities, the most important “El Convite” a folkloric parade and of course the Virgin Mary Procesion. This year indoor activities. On December 7 “La quema del Diablo” is the ceremony that banishes all evil spirits and cleanses the way for Christmas celebrations. left photo by Estuardo González above photo by Eduardo Andrino below photo by William Alvarado

CIUDAD VIEJA’S FOLKLORIC DANCES The most representative and traditional activities during the Immaculate Conception Festivities at Ciudad Vieja, some of them date back to the Colonial era.

the ImMaculate Conception festivities at La Antigua Guatemala’s Cathedral, with a beautiful procession on the First Sunday of December.

This year, religious indoor activities from November 29 to December 8

LAS POSADAS A Christmas tradition that begins on December 15. For 9 days, a small procession recreates the arrival of the Virgin Mary and Saint Joseph to Bethlehem, looking for lodging. It is usually organized by a group of nine families, every night it enters a different house. The traditional beverage Ponche is served after the prayers.

EL CONVITE DE SUMPANGO Takes place on December 23, it is a traditional costume dance parade that is held in order to close the year. The parade passes through the streets of Sumpango Sacatepéquez.

VIRGEN DE LA “O” PROCESSION The 25th on the afternoon, in Antigua there’s the procession of “Virgin de la O” from Escuela de Cristo. The procession carries the image of a pregnant Virgin Mary eight days before the Birth of Jesus.

This year, religious indoor activities from December 9 to December 25

NEW YEAR’S EVE The big celebration begins on the 31st in the afternoon, dances, live music, party atmosphere everywhere. Fireworks at midnight. We will miss the Festival at Calle del Arco this year, but to be sure, the animals will enjoy a peaceful passage into the New Year.

Stay tuned, there may be some more in-person activities this year.

Photo by Beth and Anth 59

After years of travel and kitchen camaraderie with indigenous cooks proudly safeguarding their traditions, Amalia has created 130+ variations on time-honored dishes. Inside the book you will find: many recipes that are naturally vegan, vegetarian, and gluten-free vivid, full-color photography for every dish comfort food with a gourmet twist from Mexico, Belize, Guatemala, El Salvador, Honduras, Nicaragua, Costa Rica, and Panama tips and tricks to make the recipes practical, approachable, and easily prepared With her signature gourmet take on ancient culinary traditions, Amalia’s recipes will lead home cooks and trained chefs alike on a journey through Mesoamerica without ever leaving the kitchen. 67 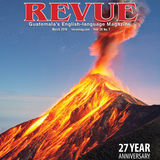