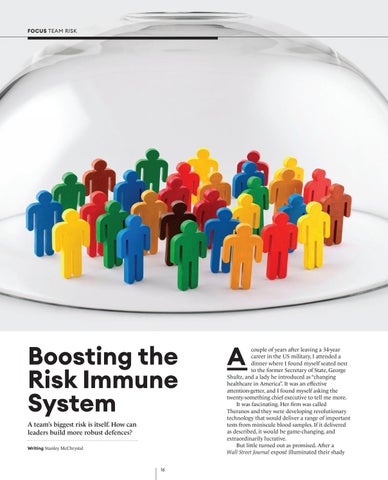 couple of years after leaving a 34-year career in the US military, I attended a dinner where I found myself seated next to the former Secretary of State, George Shultz, and a lady he introduced as “changing healthcare in America”. It was an effective attention-getter, and I found myself asking the twenty-something chief executive to tell me more. It was fascinating. Her firm was called Theranos and they were developing revolutionary technology that would deliver a range of important tests from miniscule blood samples. If it delivered as described, it would be game-changing, and extraordinarily lucrative. But little turned out as promised. After a Wall Street Journal exposé illuminated their shady