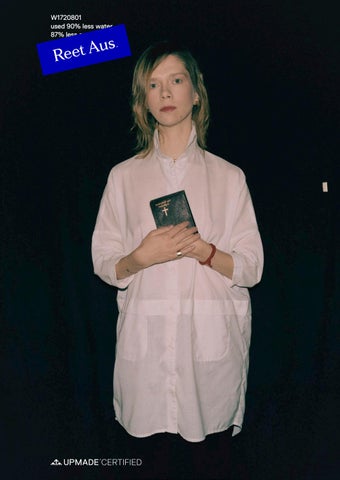 Go beyond the present, Future Girl! The year is 2035 and I am alive. I’m even happy. Most of all because I chose the right moment to stop imagining and start acting. And I did it before the world as we knew it ended. There was no big war or earthquake. Little by little, goods ceased to be exchanged for profit, banks boarded up their doors and life in cities was replaced by small communities that supported each other with autonomous electricity, telecommunication, decentralized electronic money and agricultural systems. I didn’t see this as the end of the world or a big revolution or anything dramatic like that. I just packed my backpack with a canister of clean water, a small sun-powered generator, some simple and durable clothes I designed, and a few apples and I went to the forest outside of the city. There were bonfires here and there and I could hear laughter and bass beats. Satellite dishes were attached to fir trees to transmit the Internet and the sounds of fieldwork and hammering rung out. I was home. Alone, but not lonely. And I looked good. At that moment, I understood my role in this world: to ensure the most important condition of creating new humans – love for one’s self and others. I don’t know if that’s how things will go. Despite my visions, dreams and fears, I have no doubt that the future will come. But, for now, it’s still the present – the year 2017. The best possible year, for it is now. And I am alive.

Reet Aus collection is made entirely of production leftovers. Most mass-production manufacturers are left with average 18% of pre-consumer textile waste that usually is taken to landfill or burned. Reet Aus has developed an upcycling method that involves complete lifecycle analysis of the garments. The method enables to circulate the leftover materials back to production inside the same factory. Each garment in the collection saves on average 75% water, 88% energy and creates 80% less CO2.