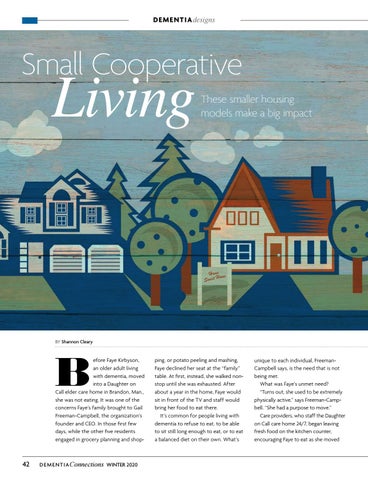 efore Faye Kirbyson, an older adult living with dementia, moved into a Daughter on Call elder care home in Brandon, Man., she was not eating. It was one of the concerns Faye’s family brought to Gail Freeman-Campbell, the organization’s founder and CEO. In those first few days, while the other five residents engaged in grocery planning and shop-

ping, or potato peeling and mashing, Faye declined her seat at the “family” table. At first, instead, she walked nonstop until she was exhausted. After about a year in the home, Faye would sit in front of the TV and staff would bring her food to eat there. It’s common for people living with dementia to refuse to eat, to be able to sit still long enough to eat, or to eat a balanced diet on their own. What’s

unique to each individual, FreemanCampbell says, is the need that is not being met. What was Faye’s unmet need? “Turns out, she used to be extremely physically active,” says Freeman-Campbell. “She had a purpose to move.” Care providers, who staff the Daughter on Call care home 24/7, began leaving fresh food on the kitchen counter, encouraging Faye to eat as she moved 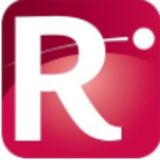 Your guide to living well in Calgary.

Your guide to living well in Calgary.