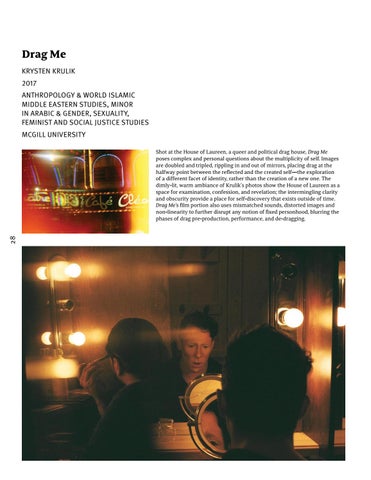 Shot at the House of Laureen, a queer and political drag house, Drag Me poses complex and personal questions about the multiplicity of self. Images are doubled and tripled, rippling in and out of mirrors, placing drag at the halfway point between the reflected and the created self—the exploration of a different facet of identity, rather than the creation of a new one. The dimly-lit, warm ambiance of Krulik’s photos show the House of Laureen as a space for examination, confession, and revelation; the intermingling clarity and obscurity provide a place for self-discovery that exists outside of time. Drag Me’s film portion also uses mismatched sounds, distorted images and non-linearity to further disrupt any notion of fixed personhood, blurring the phases of drag pre-production, performance, and de-dragging. 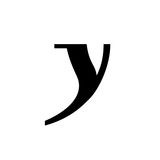