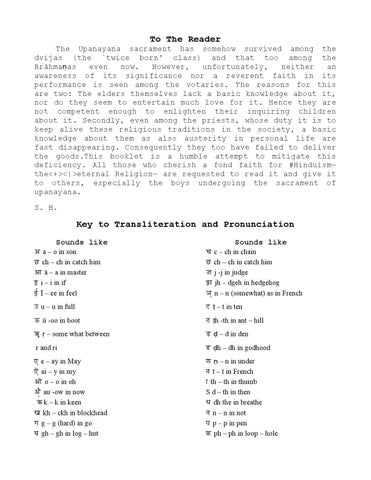 To The Reader The Upanayana sacrament has somehow survived among the dvijas (the &#96;twice born&#39; class) and that too among the Brāhmaṇas even now. However, unfortunately, neither an awareness of its significance nor a reverent faith in its performance is seen among the votaries. The reasons for this are two: The elders themselves lack a basic knowledge about it, nor do they seem to entertain much love for it. Hence they are not competent enough to enlighten their inquiring children about it. Secondly, even among the priests, whose duty it is to keep alive these religious traditions in the society, a basic knowledge about them as also austerity in personal life are fast disappearing. Consequently they too have failed to deliver the goods.This booklet is a humble attempt to mitigate this deficiency. All those who cherish a fond faith for #Hinduism— the&lt;+&gt;&lt;|&gt;eternal Religion— are requested to read it and give it to others, especially the boys undergoing the sacrament of upanayana. S. H.

H ṛ – some what between

`Upanayana' means `leading' the disciple to the guru or the Vedic teacher (upa = near; nayana = leading, taking). Or, it can also mean providing him with an `additional eye', the `eye of knowledge and wisdom' (upa = additional, nayana = eye). 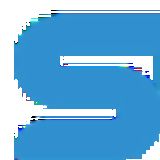