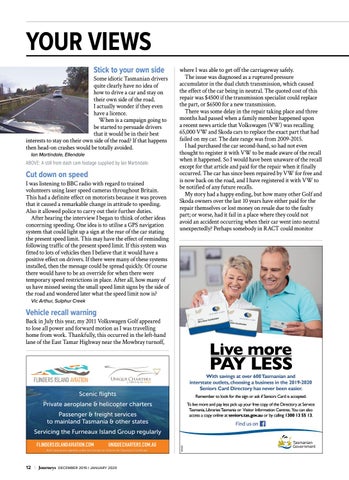 YOUR VIEWS Stick to your own side

ABOVE: A still from dash cam footage supplied by Ian Martindale.

Cut down on speed

I was listening to BBC radio with regard to trained volunteers using laser speed cameras throughout Britain. This had a definite effect on motorists because it was proven that it caused a remarkable change in attitude to speeding. Also it allowed police to carry out their further duties. After hearing the interview I began to think of other ideas concerning speeding. One idea is to utilise a GPS navigation system that could light up a sign at the rear of the car stating the present speed limit. This may have the effect of reminding following traffic of the present speed limit. If this system was fitted to lots of vehicles then I believe that it would have a positive effect on drivers. If there were many of these systems installed, then the message could be spread quickly. Of course there would have to be an override for when there were temporary speed restrictions in place. After all, how many of us have missed seeing the small speed limit signs by the side of the road and wondered later what the speed limit now is?

where I was able to get off the carriageway safely. The issue was diagnosed as a ruptured pressure accumulator in the dual clutch transmission, which caused the effect of the car being in neutral. The quoted cost of this repair was $4500 if the transmission specialist could replace the part, or $6500 for a new transmission. There was some delay in the repair taking place and three months had passed when a family member happened upon a recent news article that Volkswagen (VW) was recalling 65,000 VW and Skoda cars to replace the exact part that had failed on my car. The date range was from 2009-2015. I had purchased the car second-hand, so had not even thought to register it with VW to be made aware of the recall when it happened. So I would have been unaware of the recall except for that article and paid for the repair when it finally occurred. The car has since been repaired by VW for free and is now back on the road, and I have registered it with VW to be notified of any future recalls. My story had a happy ending, but how many other Golf and Skoda owners over the last 10 years have either paid for the repair themselves or lost money on resale due to the faulty part; or worse, had it fail in a place where they could not avoid an accident occurring when their car went into neutral unexpectedly? Perhaps somebody in RACT could monitor

Back in July this year, my 2011 Volkswagen Golf appeared to lose all power and forward motion as I was travelling home from work. Thankfully, this occurred in the left-hand lane of the East Tamar Highway near the Mowbray turnoff,

With savings at over 600 Tasmanian and interstate outlets, choosing a business in the 2019-2020 Seniors Card Directory has never been easier. Remember to look for the sign or ask if Seniors Card is accepted. To live more and pay less pick up your free copy of the Directory at Service Tasmania, Libraries Tasmania or Visitor Information Centres. You can also access a copy online at seniors.tas.gov.au or by calling 1300 13 55 13. 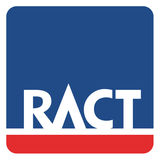