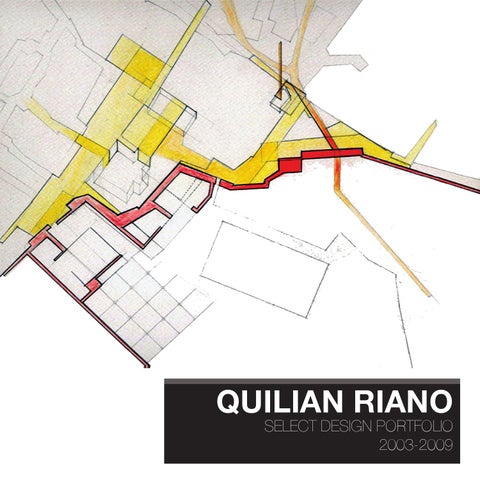 REDESIGN OF CANYON Step by Step

‘Wet’ Box for Bathroom and Kitchen

HOUSING TYPES One Module Many Options

HOT DOGS AND FLAGS An analysis of the area around the United Nations Building through two itineraries: the hot dog vendor and the UN dignitary. The itineraries mapped start creating spatial territories to understand New York STAGE II: THE PRISMATIC MEAN A connection between the two spatial territories created by the two characters does not take a physical form in New York. The only true connection between these two worlds is the idea of New York a person has before inhabiting it, and the uncertain memory that New York becomes after that person leaves. Thus, the prismatic mean is momentarily crystallized in the human condition of the urban nomad: the modern tourist

a Spatial Language for New York]

T-shirt with Spatial Analysis Designed as a “Performance” to be worn inside model.

STAGE III: ANTICLIMAX A proposal for New York is born, a series of spaces that flip and embrace the realities of New York.

This is done as an exercise to provide the hot dog vendor, tourist, and the diplomat a spatial language that is inspired by New York, its density, city planning, and its foreign visitor, the UN.

Analysis of spaces created by Model and T-shirt

The Manhattan Youth Center The spaces created for the hot dog vendor, tourist, and diplomat provide the language for a Youth Center in Chelsea. The spaces inside create encounters and interactions. The spaces are weaved,

and create a constant movement, and interaction within programmatic elements.

In 2003 the government of Vicenza, Italy made an anti-loitering ordinance, so that immigrants would not be able to sit or stand for too long in the park in front of the local train station. Although Immigration the geographical landscape and the larger texture. is key for the survival of a nation with The site is in an area that is the unofficial gate to the city. The trainthe lowest birth rate in Europe, culture station is located on the north, and Corso Palladio (the main street of Vicenza) is to the south. The topography of the site is influenced by has not begun to accept the immiMount Berico, a large mountain directly behind the train-station. grants as part of the Italian texture.

In this new millennium commerce has began to take over as the single most important human activity. Brands are shaping our world, the extension of their power is felt in all aspects of life, as we are constantly bombarded by their messages through billboards and TV and radio announcements. The main organizing feature in public/commercial space are billboards and signs. Buildings are mere formalities as the most important logics are those outside of the building announcing what can be bought.

Symbiotic relationships: The project is for three temporary housing structures in the park directly

across from the train station. This housing would allow immigrants to have an affordable first home, and provide jobs. To provide the inhabitants with jobs, the housing units are combined with commercial space, and a large public space. The structures rise from the landscape created by Mount Berico. The houses for each family would be sponsored by different companies, who in turn are allowed to advertise on the house. This public space merges commercial, political, and topographical landscapes, while beginning to weave the immigrant into the Italian cultural web

WATERCOLOR SKETCH OF THE SPATIAL CONDITION IN THE SITE

URBAN CONCEPT The layout of building as MASS and street as VOID breaks the space into horizontal pieces, analyzing these pieces as potential vertical layering of masses. This allows us to fold different scales and programmatic pieces together. Then these

blocks are stretched to fit the proportions of the site and become the beginning of program elements.

the perceived interior and exterior spaces,

activating the skin of the building.

Fold within the local context, at 125th Street and 7th Ave, responds to the scale of the human, allowing the surface of the fold to open and reveal estab-

lishing an interaction between person and building.

Surrounded by other zones of varying sizes and densities, Harlem has a responsibility to INTERACT within and throughout its large-scale context. The fold becomes a gesture of how the city functions and becomes an urban response to the event that is New York City.

Harlemâ&#x20AC;&#x2122;s intense culture is constantly moving- identity in specific periods of time. Prominent figures, events, and the spaces they occupy become the method to determine location, place, and time. Representations and form of the building become symbolic of the MOVEMENT of Harlem society. The form, charged by the program of the building,

creating a marker for the contemporary African American and his or her culture.

(on top of the preserved section of

Will Harvard be a wall?

to see to relieve

to be to listen to do collective to do individual

i- Two Towers one for individual, one for collective. The towers are connected by public circulation that moves vertically and horizontally to connect similar spaces.

each “neighborhood” gets its own shell that gets plugged into truss

two large trusses carry most of the vertical loads

Jalisco, Mexico. The townâ&#x20AC;&#x2122;s economy is comprised of the growth of blue agave the prime ingredient of Tequila. The town has grown in what once was a Hacienda. The 1910 Mexican Civil War and subsequent constitutional land redistribution turned the Hacienda and the land around it to the people that worked the land. The inhabitants gained the land, and the Haciendaâ&#x20AC;&#x2122;s walls came down.

Public Space: Along wit the change of the Hacienda, and the destruction of the

A New Center In order to make a new public space I decided to make a new center for the town away from the historical hacienda house. The new center comprises of the site behind the church and renovating the bullfighting ring. Instead of a solid wall, the new boundary was to relate more to both the landscape and the city. A new democratic center, built on top of an area that is used by the local inhabitants to weekly celebrate the death of a religious figure, and yearly to celebrate the death of an animal for both cultural reasons and subsistence. The Cultural Landscape I created a Parochial school, that is a

gate between the center of town, and the agave fields, giving a

place for people to have a forum to discuss their religion not just once a week when the priests arrive from the larger town of Tequila. The rebuilding of the bullfighting ring included, seating, and the edge of the seating includes a series of spaces for a meat market and butcher. The market will give the bullfighting ring a daily program, making it a place for communal interaction. This new Center is a cultural center of understanding, an understanding of death celebrated by the religious functions, and the death of animals first used for cultural events, later eaten

FOR MORE DESIGN/RESEARCH WORK BY QUILIAN RIANO GO TO: