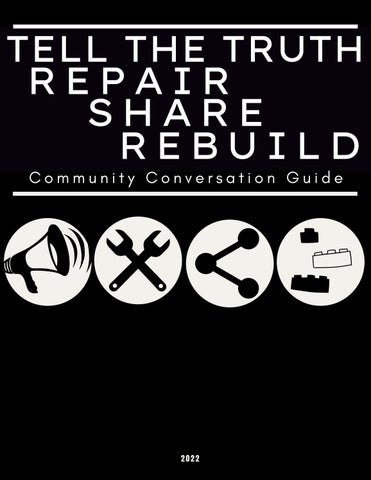 Coalition for Truth and Reconcilation Educating and empowering individuals and organizations within the CharlotteMecklenburg area with the tools and resources to create systemic change. Over the summer, County Commissioners commissioned the Charlotte-Mecklenburg Library to engage in research and craft a report on the harm caused by racist policies and practices of our County’s Government from its inception in 1868 to today. It is important that we understand Charlotte&#39;s history and how the past affects us in the present day. We invite Charlotte-Mecklenburg residents to read the report and to engage in community conversations about its findings. Our hope is that people will gather in small groups for conversation and will begin to identify the restorative measures our city and county need. We believe our community is capable of coming up with empowering solutions- ones that create environments such that those who have been harmed can access the resources they need to make change. Once we come together to identify restorative measures and empowering solutions, we can collectively make recommendations to the County for restoration and repair.

Using this study guide, host a community conversation about the report. Share your solutions. #repaircharmeck

Sector that needs repair: summary of what has been broken

Here you&#39;ll find questions for personal reflection and community conversation. We&#39;ll be sure to include some questions that help you grapple with present day application and possibilities of transformation.

Art and Music Provoke and Heal. Scan the different QR codes for 4 playlists

Here you&#39;ll find Stories of Resistance It is important to unearth hidden truths, including overlooked stories of resistance. Dig Deeper Doing the work of research and learning is an important part of restoration.

Here, you&#39;ll find a summary of the historical timeline.

DON&#39;T FORGET TO SHARE YOUR INSIGHT AND FEEDBACK #REPAIRCHARMECK

Discussion Questions What strategies did white leaders historically use to stifle and/or eliminate voting in Black communities? Until 1984, Mecklenburg voters elected county officials on an at-large basis. Only after 1984 did the county use a mixed districting/at-large system. What effect did the at-large system have on political representation? What arguments did county leaders make to preserve the at-large system? Current Day Application State and national officials are currently engaged in debates and potential legislation over voting rights and access to the ballot. What do you know about current efforts to expand and/or protect voting rights? What similarities do you see between current struggles for voting rights and historic ones? The drawing of political maps always generates lively debate. No districting plan is ever fully neutral, though it can be more or less fair. How do you see the trajectories of a racist history playing out in redistricting? What political institutions still award unfair representation to white populations? TIMELINE

Scan the QR code to listen while reading

Discussion Questions Following the Civil War, there were no formal police departments. Law enforcement, as it developed then, followed patterns and practices of the former “slave patrols.” What were some of the practices that resulted? What was the system of “convict leasing”? What legal loophole in the Constitution allowed (and still allows) for convict leasing and/or forced prison labor to continue? Current Day Application The court system today continues to produce racist outcomes. How do practices like cash bail and the underfunding of public defenders’ offices perpetuate racist outcomes in our time? Mecklenburg County has a long history of overpolicing in Black neighborhoods. What economic, political, and social damages result from overpolicing? How might police funding be re-apportioned to other services that would build community? TIMELINE

Stories of Resistance Mecklenburg County has a long history of resistance to racism in courts and policing. Black newspapers often gave voice to their community’s cry against racist policing. Groups like the Black Solidarity Committee helped raise police brutality and disciplinary action against police (or lack of it) as public issues. Dig Deeper Take some time to research these Charlotte people: The Charlotte Three; Joe McNeely; James Ferguson; Janisha Fonville; SAFE Coalition; ActionNC.

Scan this QR code for a playlist to listen to while reading.

Discussion Questions Republicans created public schools that were funded by taxes in 1867. African-Americans in the South had a desire to have publicly funded schools but did not insist on desegregation. Almost all the new public schools were segregated, except a few schools in New Orleans. In 1870, Democrats (conservative whites) retained the public school systems but cut funding. What was the effect of underfunding Black schools? How did people respond? The Leandro lawsuit, named for one of its student plaintiffs, was first filed in 1994 by families of low socio-economic status in five rural counties and their respective school boards in NC. The plaintiffs alleged that schools weren&#39;t sufficiently funded to ensure students&#39; constitutional right to a sound, basic education. As of January 21, 2020, the courts found that the state still had not adequately supported a sound basic education for children of color. What evidence supports the plaintiff&#39;s case? What are the consequences of underfunding public education, specifically for Black communities? Current Day Application What systems and structures do you believe still support underfunding education and upholding inequity? Stakeholders continue to be divided about how to better educate Black children. What do you know about current efforts to fund education and support equity for Black children? North Carolina and Mecklenburg County, are a center for debate about education. What do you think are the reasons for the emphasis on education in Charlotte-Mecklenburg?

Stories of Resistance In the early 20th Century, Rosenwald schools came to be. It was a joint project between Julius Rosenwald and Booker T. Washington. They sought to build schools and communities using matching funds to off-set the lack of funding received by the public school system. African-American communities heavily supported building the schools by raising funds, and donating land and labor. Desegregation resulted in Rosenwald schools becaming obsolete. Dig Deeper Take some time to research: EdNC.org; Center for Racial Equity in Education (CREED); Charlotte Mecklenburg Association Educators; Dorothy Counts-Scoggins.

1874: Data show the County is only spending half in per student cost for Black children as for white children. 1923: Second Ward High School opens in Brooklyn. 1954: Brown v. Board decision from Supreme Court 1969: Swann v. Charlotte-Meck Schools orders school board to “fashion affirmatively a school system as free as possible from the lasting effects of… historical apartheid.”

Scan the QR code to listen while reading

1997: A new suit reopens the Swann case, eventually gutting it and beginning the resegregation of CMS.

Mecklenburg County Stifles Residents&#39; Quality of LIfe Discussion Questions One dominant practice of desegregation was to close down Black institutions and to integrate white institutions. For example: Good Samaritan Hospital was closed as previously white hospitals were given attention and support for integration. What is the effect of this practice? What are the possible alternatives? According to the American Bar Association, “In 2005, the Institute of Medicine—a not-for-profit, non-governmental organization that now calls itself the National Academy of Medicine (NAM)—released a report documenting that the poverty in which Black people disproportionately live cannot account for the fact that Black people are sicker and have shorter life spans than their white complements. NAM found that “racial and ethnic minorities receive lower-quality health care than white people—even when insurance status, income, age, and severity of conditions are comparable.” By “lower-quality health care,” NAM meant the concrete, inferior care that physicians give their Black patients. NAM reported that minority persons are less likely than white persons to be given appropriate cardiac care, to receive kidney dialysis or transplants, and to receive the best treatments for stroke, cancer, or AIDS. It concluded by describing an “uncomfortable reality”: “some people in the United States were more likely to die from cancer, heart disease, and diabetes simply because of their race or ethnicity, not just because they lack access to health care.” How does the health care gap continue to plague the Black community? Current Day Application The pandemic shed light on the health care gap. What do you know about implicit bias in healthcare? Does this explain the higher mortality rate of Black people during the ongoing pandemic?

Stories of Resistance Jane Wilkes raised money to open The Good Samaritan Hospital in 1891. It operated with funds raised primarily by Black churches. The 1964 Civil Rights Acts shined a light on the moral decrepitude of white people who had denied equal healthcare for so long. Dig Deeper Take some time to research The Center for Black Health and Equity, Good Samaritan Hospital, and @mydarlingdoula

We have learned from our reading and community conversations that for over 150 years Mecklenburg County government has caused harm to its residents by creating and upholding racist policies and practices. Now is the time to right the wrongs and change the course. Take some time to reflect on the following questions:

How do segregated neighborhoods effect each sector: politics, policing, education, and health? Unearthing hidden truth is not always easy and often times it is unwelcome. What are some compelling and creative ways we can tell the truth about our community? Is it possible to repair the damage that has been caused? How? If the damage is not repaired, what does Mecklenburg County&#39;s future look like? Once repair is made, how do we rebuild systems and structures that do not cause harm? Read about SERIs- Small Experiments with Radical Intent. Then, focus on one sector: politics, health, education, or policing. What is one small experiment with radical intent that you might practice in order to make tangible change on a small, but powerful, scale? Share your discoveries with others. #repaircharmeck

Where do we go from here? Join the Coalition for Truth and Reconciliation Community Engagement Action Team for 2022. The team will have virtual monthly meetings to work on education and empowerment in response to the report. Want to learn more about Charlotte&#39;s history? Take part in &quot;Walking Charlotte as Labyrinth,&quot; a guided walking history tour led by Greg Jarrell of QC Family Tree. Along the way, you&#39;ll look for what is present and what is not present, hoping to see more clearly into the past and the future of the Queen City. https://www.gregjarrell.com/labyrinthclt 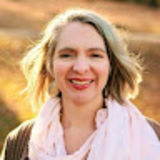