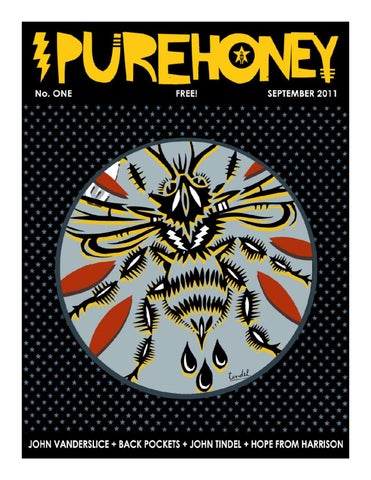 On top of writing and recording his own brilliantly pristine records and touring the globe multiple times over, gifted indie pop songsmith John Vanderslice also owns his own successful recording studio in San Francisco’s Mission District called Tiny Telephone — which boasts, amongst others, Death Cab for Cutie, Spoon and Deerhoof as clients. Despite overwhelming evidence to the contrary, the affable 44-year-old musician insists he is not a workaholic. “I’d much rather be at home, relaxing on the couch” says Vanderslice about his tireless work ethic when we caught up with him in his San Francisco Bay Area home. The accomplished lyricists and producer tells us he is “incredibly lazy,” and is just not good with scheduling time. Lucky for us, Vanderslice has overcommitted more of his time; the Gainesville-born musician will be embarking on a small Southeast tour at the end of the month that will see him making his first stopover in South Florida at upstart Lake Worth venue The Speakeasy on September 1. The talented performer is traveling on the wares of his latest opus, White Wilderness — a majestically orchestral affair recorded with a 34-member symphonic orchestra. The earnest singer is not schlepping his philharmonic troupe around however, audiences in L-Dub can expect an intimate show consisting of Vanderslice, his acoustic guitar and tender tunes. ~ Alex Rendon

with The Phenomenal Handclap Band

with Chuck Regan and Off With Their Heads

with Evidence and Blueprint LG Ones To Watch Presents

with Mayer Hawthorne & The County and Sammy Bananas

with Pac Div and Casey Veggies

No one understands the all-consuming challenge that parents face when they welcome into the world an infant with life-threatening disabilities quite like parents who’ve already been fighting for their own children’s lives. While overcoming emotional distress to rouse hope for their struggling infants, exhausting their insurance benefits and living isolated from everyday life in the NICU units of hospitals, they still must find reserves of energy to work to pay both their regular bills and “gaps” — health-related expenses such as daily in-home care that are not fully covered by insurance. Through her CaringBridge.com blog, local musician Susan Snow has shined a light on the financial, emotional and spiritual trials — as well as the victories — of her family’s fight for the health of son, Harrison Snow. She also introduced readers of her blog, including the local music community, to another Harrison, Harrison Everett Hudson, whose parents Matt and Melissa Hudson of Boynton Beach battled valiantly for their own son. Now, inspired by Harrison’s spirit, the Hudson family has started the Hope From Harrison Foundation to build awareness about and raise funds for families with medically fragile children. On September 15, Susan and Jeff Snow’s band, Invisible Music, will join Cypress to perform a benefit concert for the Hope From Harrison Foundation at Bamboo Room to raise funds for 7-month old Aiden Orozco and his family. ~ Courtney Hambright caringbridge.org/visit/aidenorozco hopefromharrisonfoundation.org

BACK POCKETS FREAK IT OUT

You can listen to every song The Back Pockets have recorded, and view every YouTube video they’ve posted on the Internet, and chances are you still won’t “get” them. Which is a good thing, of course: Every show is a surprise, every song a stylistic shift. Over the course of four years and three albums, this Atlanta-based octet has developed an incomparable performance-art aesthetic of childlike props, theatrical costumes and gender-bending make-out orgies that must be seen to be believed (to this end, the band’s scrappily inventive lo-fi music videos are a good start). To The Back Pockets’ credit, the onstage antics never consume the killer tunes, which can change on a dime from the neo-hippie folk jangle of Edward Sharpe & the Magnetic Zeroes to the White Stripes’ southern thwomp to Suicide’s minimalism and the atonal urgency of the New York no wave scene. Stream or purchase all of their albums, including the newly released “Fast Cloud, Slow Cloud,” at thebackpockets.bandcamp.com. Back Pockets play The Speakeasy on October 12 with The Dewars and Family Drugs ~ John Thomason

J O H N T I N D E L : RAZORBLADES+TAPE! Through the filter of an artist’s thought, imagination gains its physical shape. Dialog forms within these images, the complex interwoven symbols of language. From our culture, these details gain strength and pattern. History and environment seek a deep root within these patterns. As light attaches to a contemporary color palette, the emerging images showcase an inner dialog of culture and pattern.

Compressed layers of symbolism, wit, and figures that pose on contemporary color pallets are unmistakably the imagery of John Tindel. Striving to understand his personal history and place in today’s society, the works progress rapidly evolving from familiar aesthetics to experimental processes with no boundaries. The techniques used in the artists artwork was developed over the last 10 years. Within the last 3 years a new technique has evolved using “one-time Stencils” he hand cuts directly onto the work using razor blades and tape. Through layers and repetition of his technique, the dialog, pattern and colors evolve. John Tindel is a multi-disciplined artist and designer. He is married to a wonderful woman and is the father of two awesome boys. Tindel currently works in Atlanta, Georgia and is one half of TINDELMICHI: Two Fat Southern Boys That Paint. j o h n t i n d e l . c o m 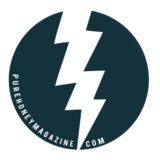 Music, Bands, Art, EventsTHC brings it back with our new monthly newspaper PureHoney! Yes, we've gone old-school with a zine that we know wi...

Music, Bands, Art, EventsTHC brings it back with our new monthly newspaper PureHoney! Yes, we've gone old-school with a zine that we know wi...