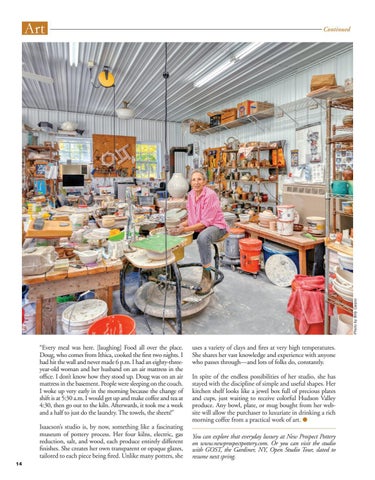 “Every meal was here. [laughing] Food all over the place. Doug, who comes from Ithica, cooked the first two nights. I had hit the wall and never made 6 p.m. I had an eighty-threeyear-old woman and her husband on an air mattress in the office. I don’t know how they stood up. Doug was on an air mattress in the basement. People were sleeping on the couch. I woke up very early in the morning because the change of shift is at 5:30 a.m. I would get up and make coffee and tea at 4:30, then go out to the kiln. Afterwards, it took me a week and a half to just do the laundry. The towels, the sheets!” Isaacson’s studio is, by now, something like a fascinating museum of pottery process. Her four kilns, electric, gas reduction, salt, and wood, each produce entirely different finishes. She creates her own transparent or opaque glazes, tailored to each piece being fired. Unlike many potters, she 14

uses a variety of clays and fires at very high temperatures. She shares her vast knowledge and experience with anyone who passes through—and lots of folks do, constantly. In spite of the endless possibilities of her studio, she has stayed with the discipline of simple and useful shapes. Her kitchen shelf looks like a jewel box full of precious plates and cups, just waiting to receive colorful Hudson Valley produce. Any bowl, plate, or mug bought from her website will allow the purchaser to luxuriate in drinking a rich morning coffee from a practical work of art. ......................................................................................... You can explore that everyday luxury at New Prospect Pottery on www.newprospectpottery.com. Or you can visit the studio with GOST, the Gardiner, NY, Open Studio Tour, slated to resume next spring. 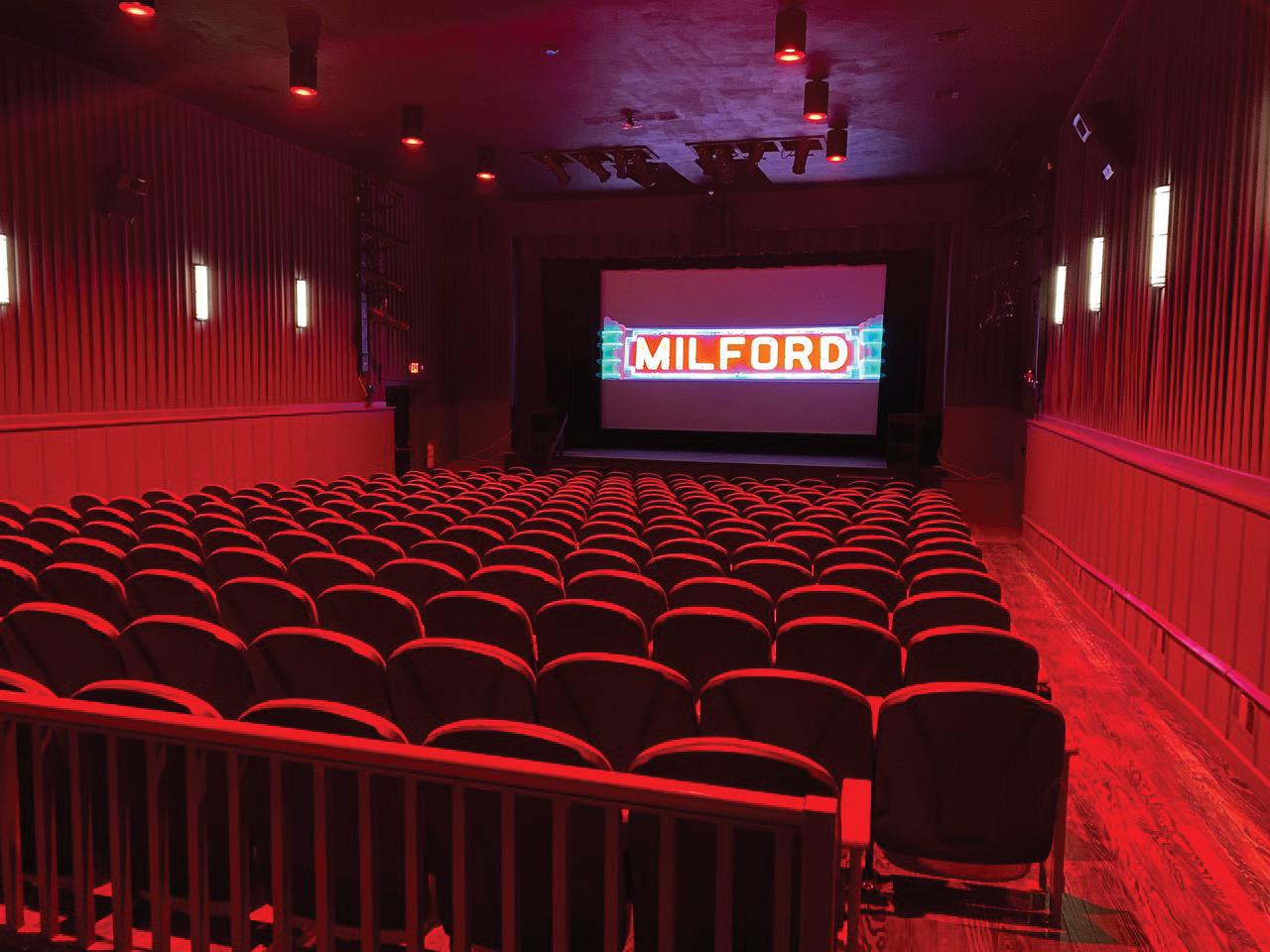 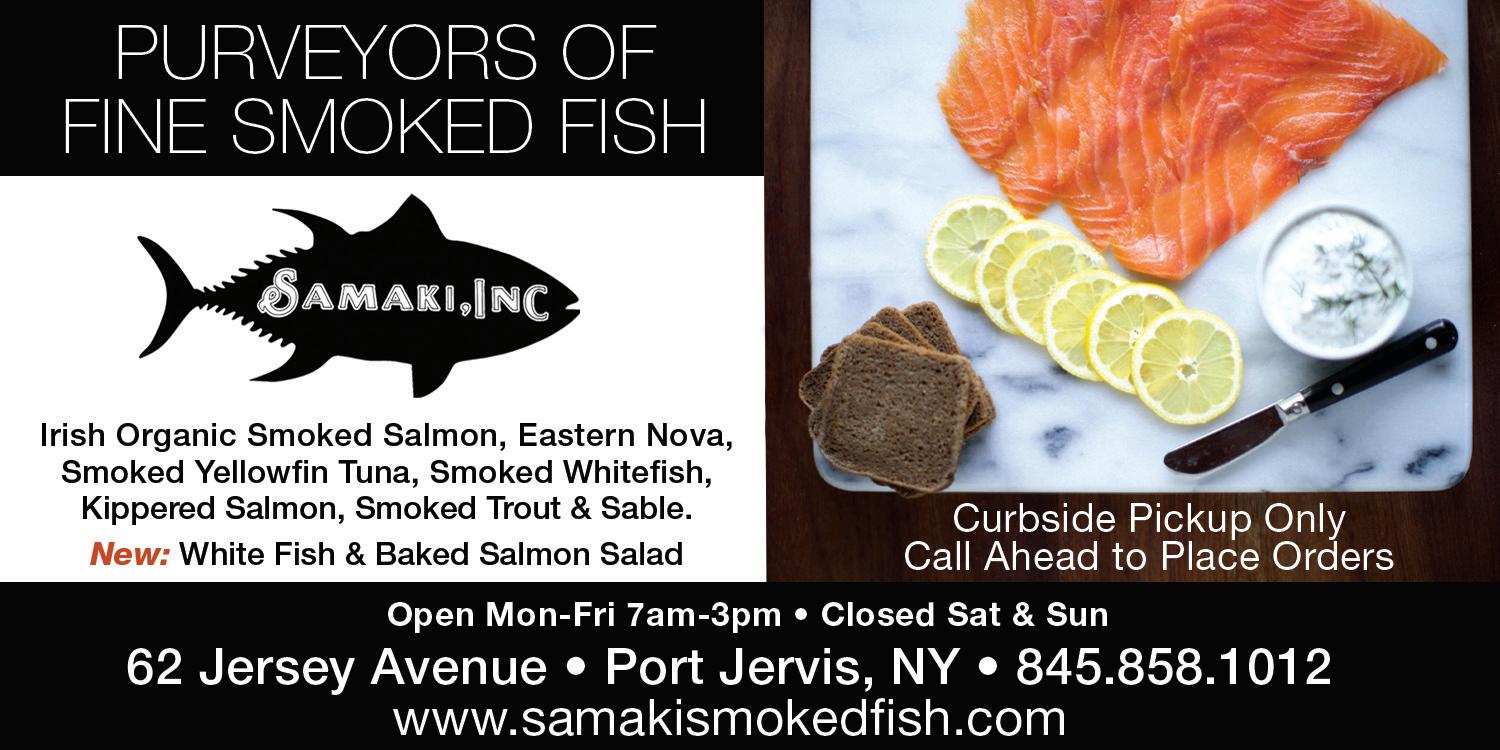 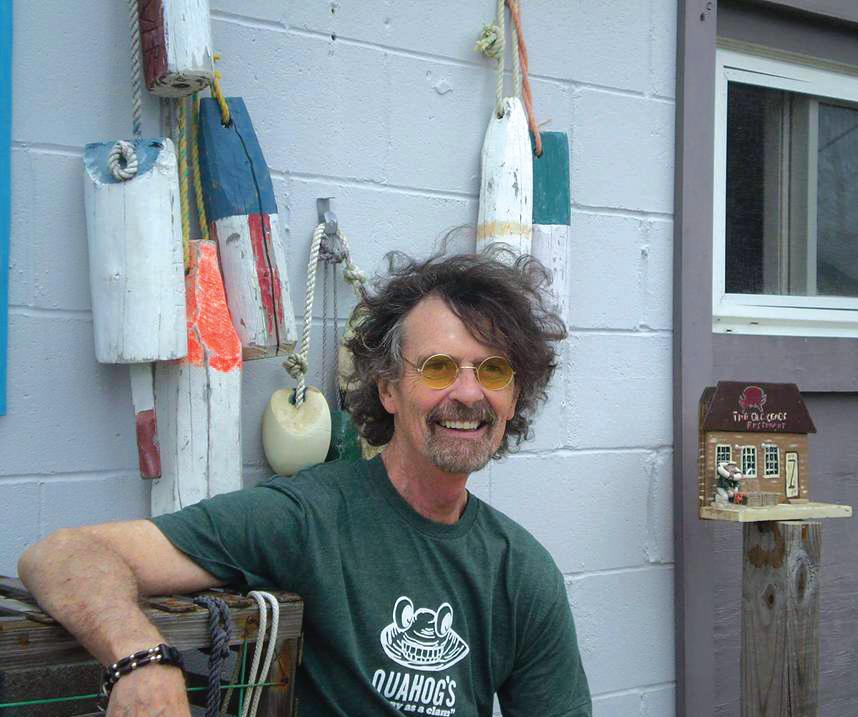 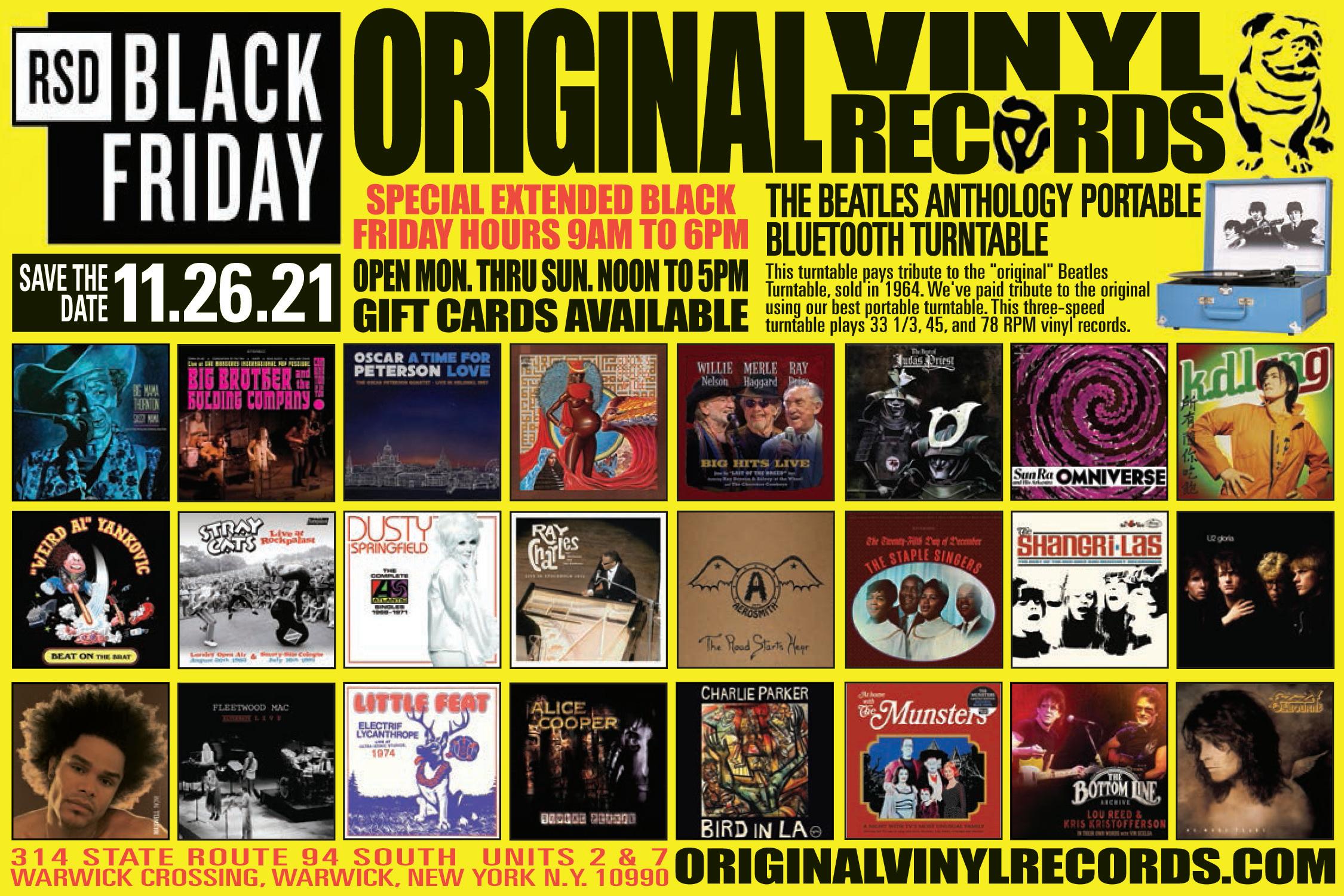 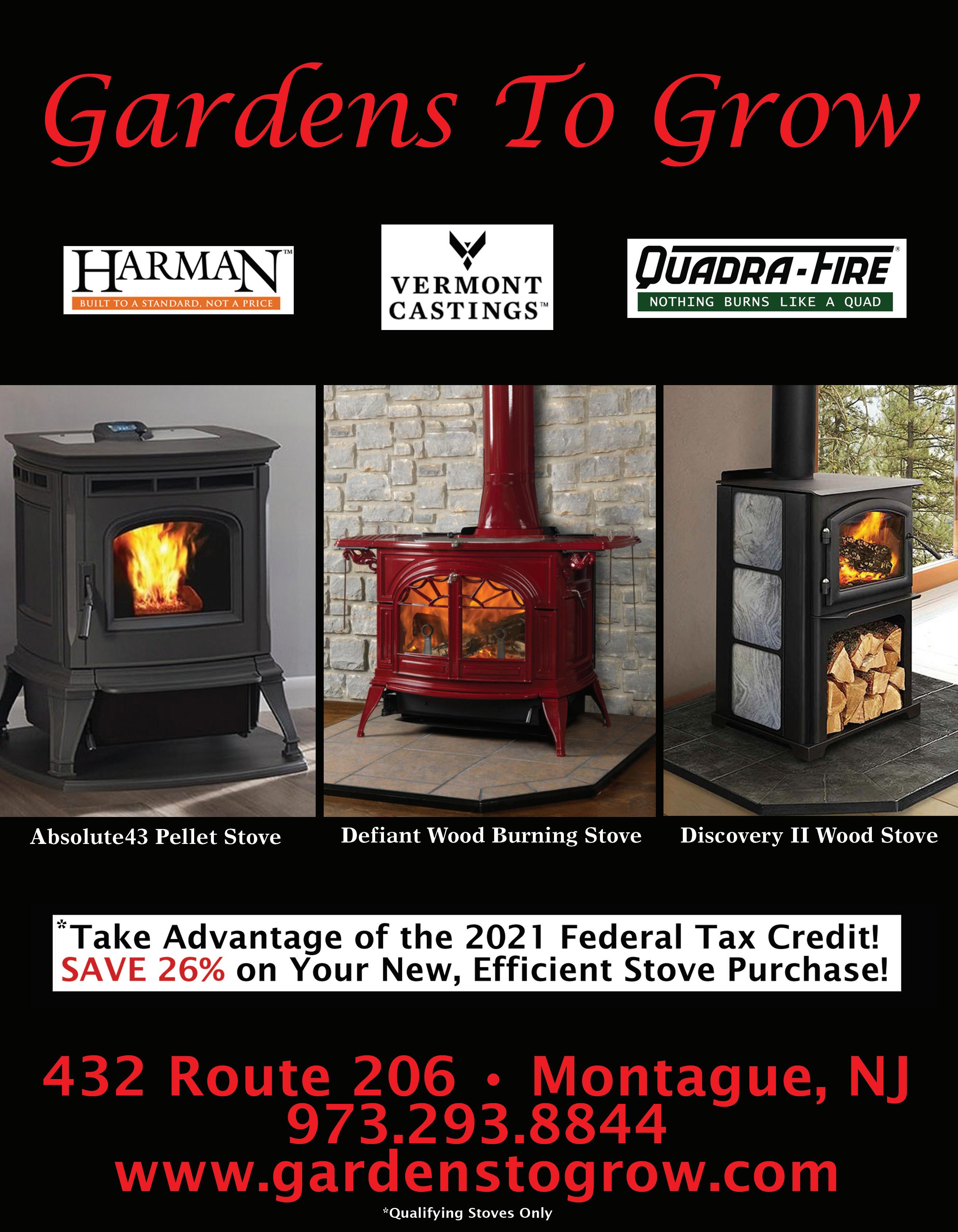