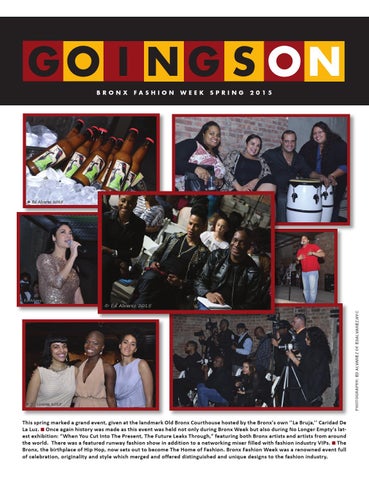 This spring marked a grand event, given at the landmark Old Bronx Courthouse hosted by the Bronx’s own ‘’La Bruja,’’ Caridad De La Luz. n Once again history was made as this event was held not only during Bronx Week but also during No Longer Empty’s latest exhibition: “When You Cut Into The Present, The Future Leaks Through,” featuring both Bronx artists and artists from around the world. There was a featured runway fashion show in addition to a networking mixer filled with fashion industry VIPs. n The Bronx, the birthplace of Hip Hop, now sets out to become The Home of Fashion. Bronx Fashion Week was a renowned event full of celebration, originality and style which merged and offered distinguished and unique designs to the fashion industry.

A magazine that celebrates the success stories of talented artists and crew members. 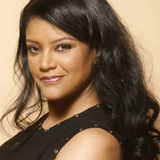