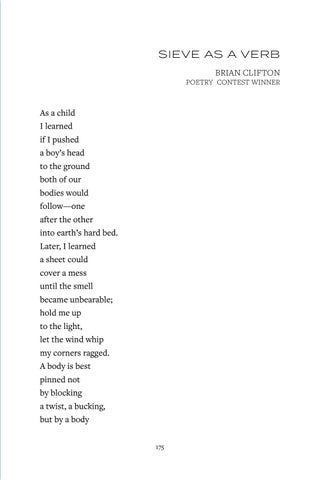 Sieve as a Verb BRIAN CLIFTON

As a child I learned if I pushed a boy’s head to the ground both of our bodies would follow—one after the other into earth’s hard bed. Later, I learned a sheet could cover a mess until the smell became unbearable; hold me up to the light, let the wind whip my corners ragged. A body is best pinned not by blocking a twist, a bucking, but by a body 175