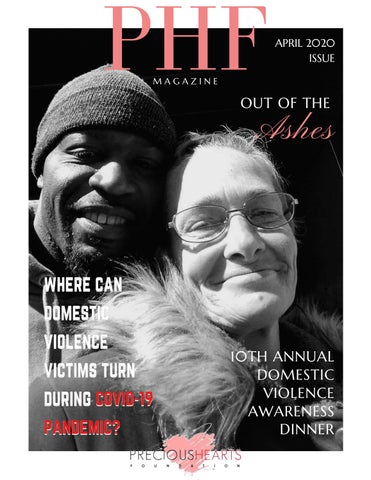 WHERE CAN DOMESTIC VIOLENCE VICTIMS TURN DURING COVID-19 PANDEMIC?

Where Can Domestic Violence Victims Turn During COVID-19 Pandemic? Â

Out of the Ashes

Where Can Domestic Violence Victims Turn During Covid-19? Self-isolation during the pandemic can be dangerous for those in abusive relationships. Resources are limited, but there are options. FROM

The most dangerous place in the world for a woman is her own home. According to the National Coalition Against Domestic Violence, intimate partner violence affects millions of women every year. In the time of the coronavirus, being quarantined with an abusive partner poses greater risks. An uptick in domestic violence has already been recorded in China. Since the beginning of the pandemic there, the hashtag #AntiDomesticViolenceDuringEpidemic has been trending on the Chinese social media platform Sina Weibo. In an interview with the magazine Sixth Tone, Wan Fei, the founder of an anti-violence nonprofit in Jingzhou, Hubei, said that reports of domestic violence have nearly doubled since cities went into lockdown.

Concerns are also mounting in the United Kingdom — where last year 1.6 million women in England and Wales experienced domestic violence — as a lockdown becomes increasingly likely. Victims ordinarily wait to be by themselves before they seek help. They wait for their abuser to go to work. They secretly reach out to friends. They look for openings when they don’t have child-care obligations. All those options are closing down. The pandemic raises many questions for victims in dire need of attention from our city, state and federal agencies, as well as nonprofit organizations. What do you do if you’re confined to the most terrifying place — your home? What impact does the pandemic have on police response to 911 calls from domestic violence victims? As hospitals are focused on critical care for coronavirus patients, should a victim in need of medical attention avoid going to an emergency room? At shelters, are there protocols in place for the spread of the virus?

Jennifer Friedman is the director of the legal project at two family justice centers for New York City’s Sanctuary for Families, which provides shelter, counseling and legal services for survivors and their children. She was also my sounding board and guide when I was extricating myself from my own abusive relationship with Eric Schneiderman, the former New York state attorney general. I asked Ms. Friedman about the challenges her organization faces during the pandemic. She said that shelters in New York City are deemed “essential services” and are still operating.

However, many domestic violence service providers are not seeing as many clients in person because of the virus, and are pivoting their services to hotlines, phone consultations and virtual sessions. In New York State, the chief administrative judge of the courts has issued an order extending all temporary orders of protection. Ms. Friedman’s legal staff is advising clients to carry their temporary orders with them at all times along with a copy of the chief judge’s order. As jurists and court staff are testing positive for Covid-19 each day, the family courts in New York City are scheduled to close their doors this week. They will operate remotely, with new applications filed by email and only the most necessary hearings conducted by video or telephone. Casey Gwinn, the president of Alliance for Hope International, said that approximately half of the family justice centers in 42 states are still open, while half have moved to electronic communications and advocacy. In the state of California, Mr. Gwinn’s organization supports 24 centers, which he expected will be forced to convert to electronic communications instead of providing a walk-in service. His network is requesting that court systems in multiple states extend orders of protection.Children who are unable to attend school or day care are also at greater risk.

Under normal circumstances, 90 percent of the children exposed to intimate partner violence in the home each year are eyewitnesses to it; Unicef reports a higher rate of physical and sexual assault rates. Mr. Gwinn’s organization runs Camp Hope America, a year-round camping and mentoring program, for trauma-exposed youth in 25 states across the country.

He said they are exploring other options for the camps to continue this year if there are still restrictions on gatherings, possibly moving them to children’s local communities. They are also planning to incorporate phone and digital communication services. We might not see the statistics rise right away. When I spoke with Katie Ray-Jones, the chief executive officer of the National Domestic Violence Hotline, last week, she told me there had actually been fewer calls in recent days, down from between 1,800 and 2,000 a day to approximately 1,700. This is not because domestic violence is happening less, but because it is harder for victims to report it. Her biggest worry is that they can’t reach out for help. Victims are unable to have a phone conversation when the perpetrator is beside them, and abusers often monitor the phones of their victims.

Ms. Ray-Jones has seen how an abusive partner can leverage Covid19 for fear, isolation and manipulation. One caller to The Hotline spoke about her husband forcing her to wash her hands repeatedly until they were raw and bleeding. Another threatened to kick her out of the house to increase her exposure to the virus. During this global public health crisis, we have more of a responsibility to reach out to those who are especially susceptible â&amp;#x20AC;&amp;#x201D; older people and those with pre-existing respiratory conditions. We can also be more alert to our friends and loved ones who are in abusive relationships and feel especially vulnerable in a time when social distancing is the new normal. For victims, Ms. Ray-Jones advises that when an argument breaks out, itâ&amp;#x20AC;&amp;#x2122;s important to identify the safest place in the house, away from objects that may be weaponized, like the kitchen and bathroom. Prepare for a situation where an abuser might hide essential supplies, like soap. While resources during the outbreak are limited, the experts I spoke to encouraged victims to seek out shelters, hotlines, therapists and counselors. Where walk-in service is no longer available, phone and digital communications are still working. Ruth Glenn, the chief executive officer and president of the National Coalition Against Domestic Violence, advises victims turn to a trusted friend or family member, if available, who can make a call to a hotline on their behalf should they not be able to do so themselves. And in an emergency, Ms. Friedman recommends calling 911.

As a victim of intimate partner violence told me when I was dealing with my own situation, “You’re not alone, and you’re not crazy.” These resources could be a lifeline if you’re in quarantine with an abusive partner.

It all started in 2005 when Nathanial and Maggie Phillips moved to Harrisburg, PA from Maggieâ&amp;#x20AC;&amp;#x2122;s hometown of Lancaster, PA. They always lived with people that would often result in the Phillips being asked to leave. With no other resources, they would become homeless and sleep under the Mulberry Street Bridge.

Maggie struggled with being optimistic in regards of being approved with public housing assistance. Staying in prayer, Nathanial being a great encourager, along with consistency was key. Although they were homeless for 4 to 5 years, they finally had a breakthrough. Â Maggie received the letter that was a long time coming. They were approved for an apartment. After years of sleeping in warehouses and tents during the harsh winter and rainy seasons, they were finally able to get back on their feet. They were each otherâ&amp;#x20AC;&amp;#x2122;s strength and support system and never gave up nor walked away from each other. With having mixed emotions of resorting to a shelter, they stuck it out with remaining positive and keeping the faith. The Phillips now reside in their quaint one bedroom, one bath cozy and humble abode and Nathanial holds a steady job and still finds the time to pamper his wife of 15 years. 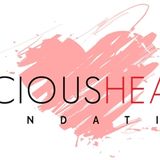