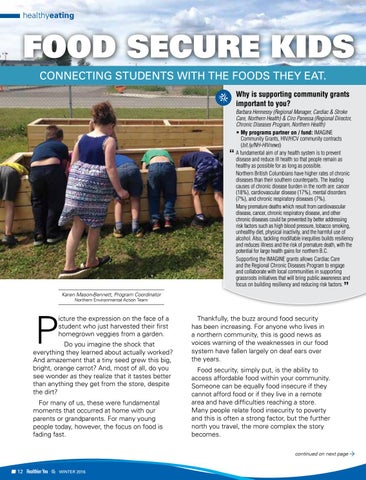 Food Secure kids Connecting students with the foods they eat. Why is supporting community grants important to you?

icture the expression on the face of a student who just harvested their first homegrown veggies from a garden.

Do you imagine the shock that everything they learned about actually worked? And amazement that a tiny seed grew this big, bright, orange carrot? And, most of all, do you see wonder as they realize that it tastes better than anything they get from the store, despite the dirt? For many of us, these were fundamental moments that occurred at home with our parents or grandparents. For many young people today, however, the focus on food is fading fast.

Thankfully, the buzz around food security has been increasing. For anyone who lives in a northern community, this is good news as voices warning of the weaknesses in our food system have fallen largely on deaf ears over the years. Food security, simply put, is the ability to access affordable food within your community. Someone can be equally food insecure if they cannot afford food or if they live in a remote area and have difficulties reaching a store. Many people relate food insecurity to poverty and this is often a strong factor, but the further north you travel, the more complex the story becomes. continued on next page 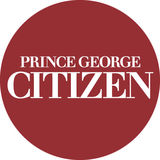