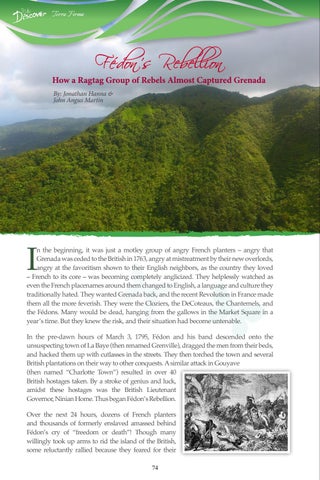 n the beginning, it was just a motley group of angry French planters – angry that Grenada was ceded to the British in 1763, angry at mistreatment by their new overlords, angry at the favoritism shown to their English neighbors, as the country they loved – French to its core – was becoming completely anglicized. They helplessly watched as even the French placenames around them changed to English, a language and culture they traditionally hated. They wanted Grenada back, and the recent Revolution in France made them all the more feverish. They were the Cloziers, the DeCoteaus, the Chantemels, and the Fédons. Many would be dead, hanging from the gallows in the Market Square in a year’s time. But they knew the risk, and their situation had become untenable. In the pre-dawn hours of March 3, 1795, Fédon and his band descended onto the unsuspecting town of La Baye (then renamed Grenville), dragged the men from their beds, and hacked them up with cutlasses in the streets. They then torched the town and several British plantations on their way to other conquests. A similar attack in Gouyave (then named “Charlotte Town”) resulted in over 40 British hostages taken. By a stroke of genius and luck, amidst these hostages was the British Lieutenant Governor, Ninian Home. Thus began Fédon’s Rebellion. Over the next 24 hours, dozens of French planters and thousands of formerly enslaved amassed behind Fédon’s cry of “freedom or death”! Though many willingly took up arms to rid the island of the British, some reluctantly rallied because they feared for their 74

Grenada's #1 tourism publication in it's 16th issue showcases the splendor of Spicemas, the beauty and intrigue of Grenada's nature, and experiencing unique locations whilst trekking through Grenada, Carriacou & Petite Martinique. 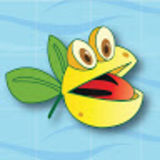 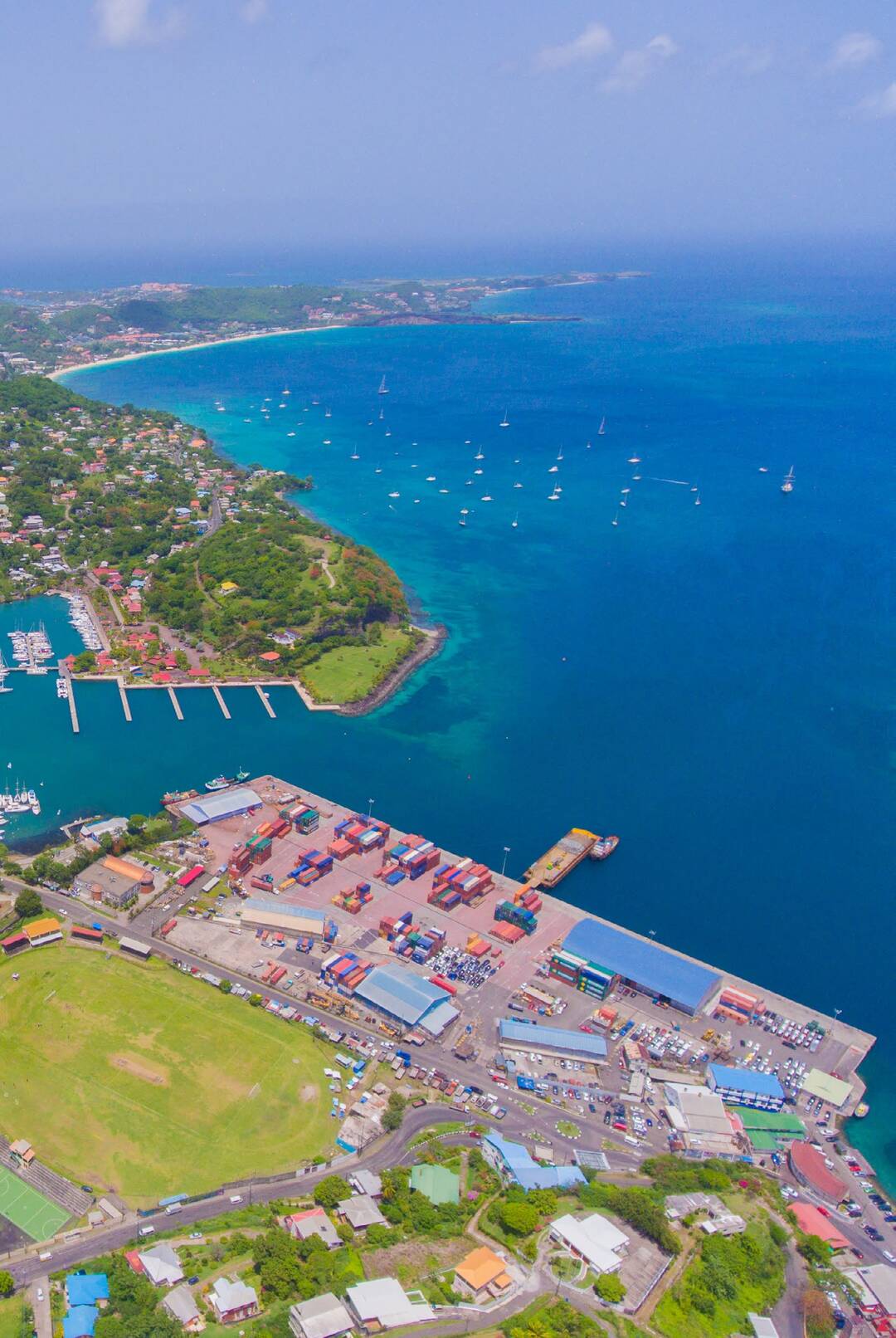 Business & Investment - Why Invest in Grenada?

A snippet showcasing the Highlights & Benefits of Investing in Grenada