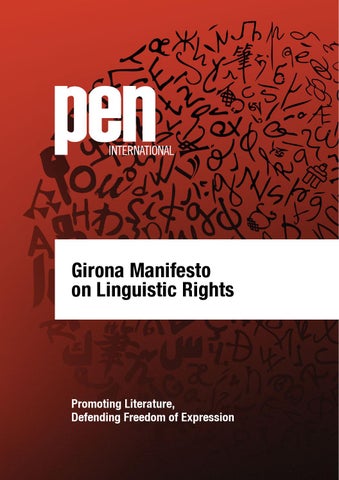 Linguistic diversity is a world heritage that must be valued and protected.

Respect for all languages and cultures is fundamental to the process of constructing and maintaining dialogue and peace in the world.

All individuals learn to speak in the heart of a community that gives them life, language, culture and identity.

Different languages and different ways of speaking are not only means of communication; they are also the milieu in which humans grow and cultures are built.

Every linguistic community has the right for its language to be used as an official language in its territory.

School instruction must contribute to the prestige of the language spoken by the linguistic community of the territory.

It is desirable for citizens to have a general knowledge of various languages, because it favours empathy and intellectual openness, and contributes to a deeper knowledge of oneâ&amp;#x20AC;&amp;#x2122;s own tongue.

The translation of texts, especially the great works of various cultures, represents a very important element in the necessary process of greater understanding and respect among human beings.

The media is a privileged loudspeaker for making linguistic diversity work and for competently and rigorously increasing its prestige.

10. The right to use and protect oneâ&amp;#x20AC;&amp;#x2122;s own language must be recognized by the United Nations as one of the fundamental human rights.

PEN International promotes literature and freedom of expression and is governed by the PEN Charter and the principles it embodiesâ&amp;#x20AC;&amp;#x201D;unhampered transmission of thought within each nation and between all nations. Founded in London in 1921, PEN International connects an international community of writers. It is a forum where writers meet freely to discuss their work. It is also a voice speaking out for writers silenced in their own countries. Through its Centres, PEN operates on all five continents with 146 centres in 102 countries. To learn more about the Girona Manifesto on Linguistic Rights, visit www.pen-international.org/who-we-are/translation-linguistic-rights/ girona-manifesto/girona-manifesto-on-linguistic-rights/ PEN International is a registered charity in England and Wales with registration number 1117088. Brownlow House, 50-51 High Holborn, London,WC1V 6ER. United Kingdom. Tel: +44 (0)20 7405 0338

Developed by the translation and Linguistic Rights Committee, the Girona Manifesto is a ten point document designed to be translated and disseminated widely as a tool to defend linguistic diversity around the world. At PEN International’s 77th annual Congress the PEN General Assembly approved the Manifesto. 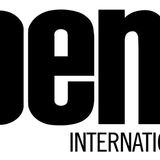