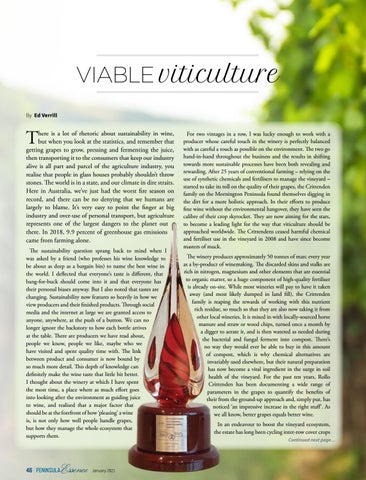 here is a lot of rhetoric about sustainability in wine, but when you look at the statistics, and remember that getting grapes to grow, pressing and fermenting the juice, then transporting it to the consumers that keep our industry alive is all part and parcel of the agriculture industry, you realise that people in glass houses probably shouldn’t throw stones. The world is in a state, and our climate in dire straits. Here in Australia, we’ve just had the worst fire season on record, and there can be no denying that we humans are largely to blame. It’s very easy to point the finger at big industry and over-use of personal transport, but agriculture represents one of the largest dangers to the planet out there. In 2018, 9.9 percent of greenhouse gas emissions came from farming alone.

The sustainability question sprang back to mind when I was asked by a friend (who professes his wine knowledge to be about as deep as a bargain bin) to name the best wine in the world. I deflected that everyone’s taste is different, that bang-for-buck should come into it and that everyone has their personal biases anyway. But I also noted that tastes are changing. Sustainability now features so heavily in how we view producers and their finished products. Through social media and the internet at large we are granted access to anyone, anywhere, at the push of a button. We can no longer ignore the backstory to how each bottle arrives at the table. There are producers we have read about, people we know, people we like, maybe who we have visited and spent quality time with. The link between product and consumer is now bound by so much more detail. This depth of knowledge can definitely make the wine taste that little bit better. I thought about the winery at which I have spent the most time, a place where as much effort goes into looking after the environment as guiding juice to wine, and realised that a major factor that should be at the forefront of how ‘pleasing’ a wine is, is not only how well people handle grapes, but how they manage the whole ecosystem that supports them.

For two vintages in a row, I was lucky enough to work with a producer whose careful touch in the winery is perfectly balanced with as careful a touch as possible on the environment. The two go hand-in-hand throughout the business and the results in shifting towards more sustainable processes have been both revealing and rewarding. After 25 years of conventional farming – relying on the use of synthetic chemicals and fertilisers to manage the vineyard – started to take its toll on the quality of their grapes, the Crittenden family on the Mornington Peninsula found themselves digging in the dirt for a more holistic approach. In their efforts to produce fine wine without the environmental hangover, they have seen the calibre of their crop skyrocket. They are now aiming for the stars, to become a leading light for the way that viticulture should be approached worldwide. The Crittendens ceased harmful chemical and fertiliser use in the vineyard in 2008 and have since become masters of muck. The winery produces approximately 50 tonnes of marc every year as a by-product of winemaking. The discarded skins and stalks are rich in nitrogen, magnesium and other elements that are essential to organic matter, so a huge component of high-quality fertiliser is already on-site. While most wineries will pay to have it taken away (and most likely dumped in land fill), the Crittenden family is reaping the rewards of working with this nutrient rich residue, so much so that they are also now taking it from other local wineries. It is mixed in with locally-sourced horse manure and straw or wood chips, turned once a month by a digger to aerate it, and is then watered as needed during the bacterial and fungal ferment into compost. There’s no way they would ever be able to buy in this amount of compost, which is why chemical alternatives are invariably used elsewhere, but their natural preparation has now become a vital ingredient in the surge in soil health of the vineyard. For the past ten years, Rollo Crittenden has been documenting a wide range of parameters in the grapes to quantify the benefits of their from the ground-up approach and, simply put, has noticed ‘an impressive increase in the right stuff’. As we all know, better grapes equals better wine. In an endeavour to boost the vineyard ecosystem, the estate has long been cycling inter-row cover crops Continued next page... 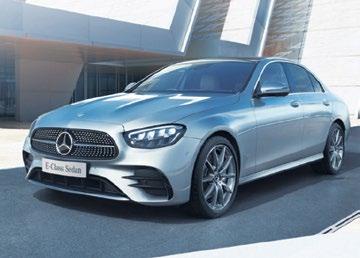 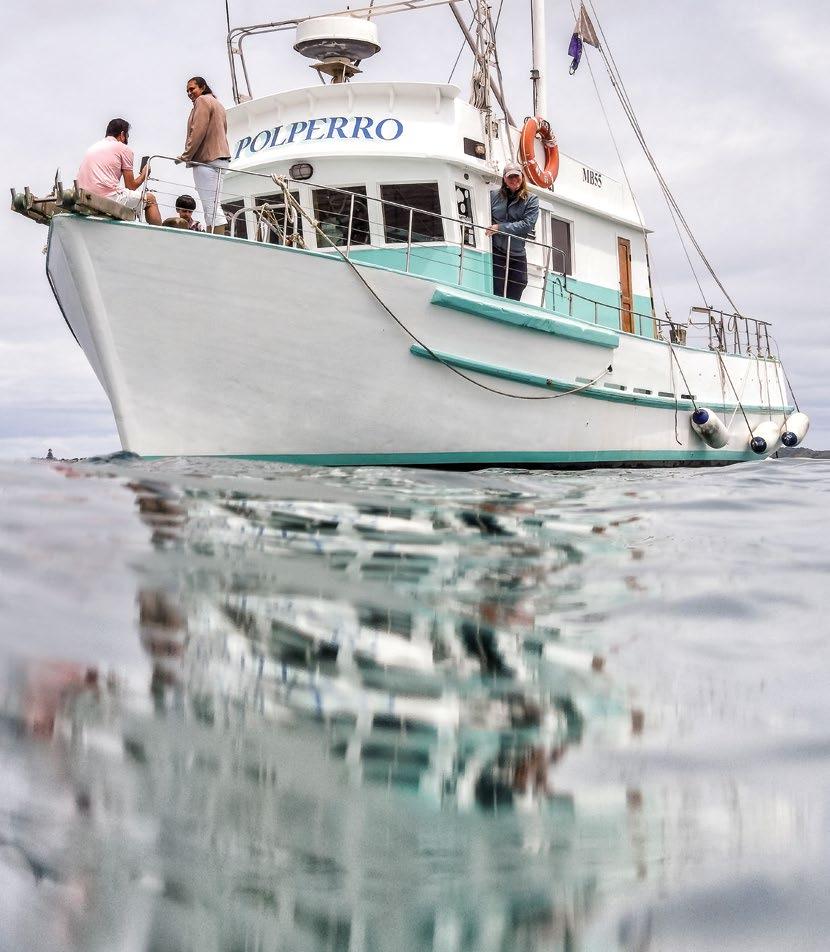 Crew Of The Blue 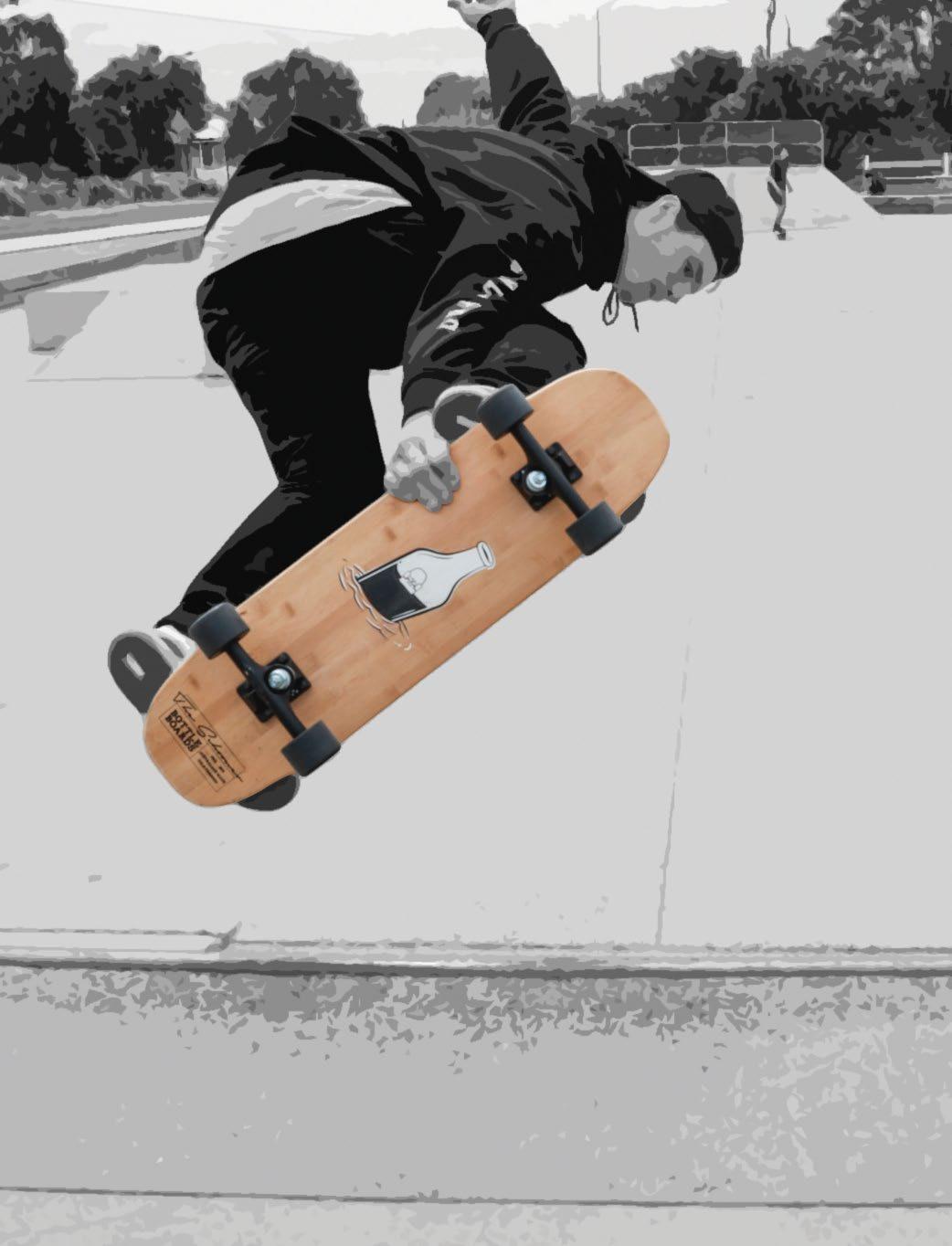 Skateboard Makers On A Roll 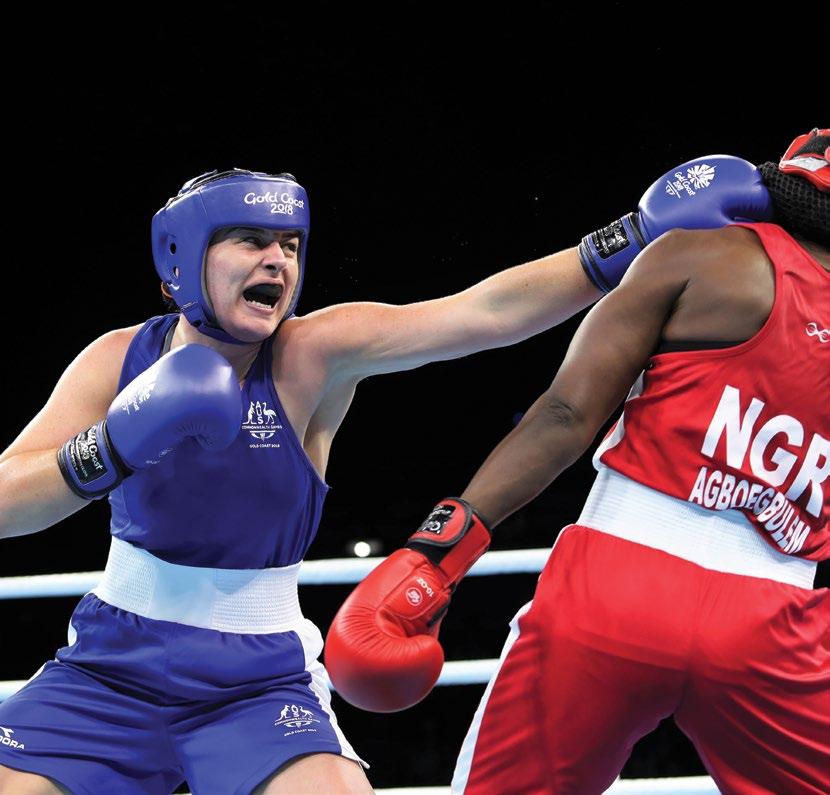 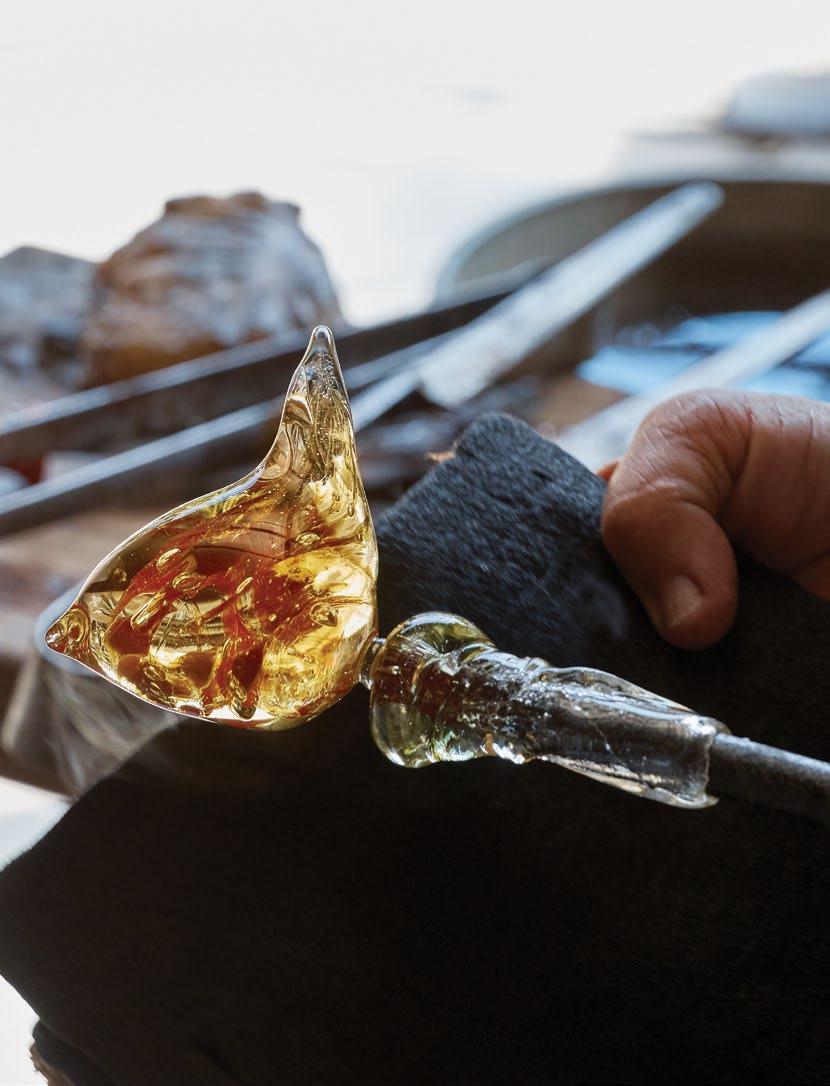 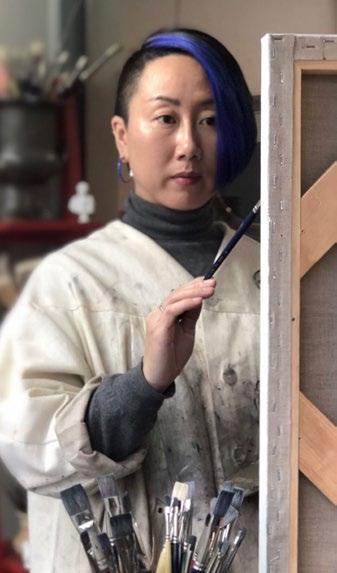 The Art Of Lisa Wang 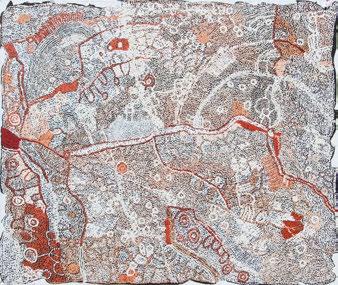 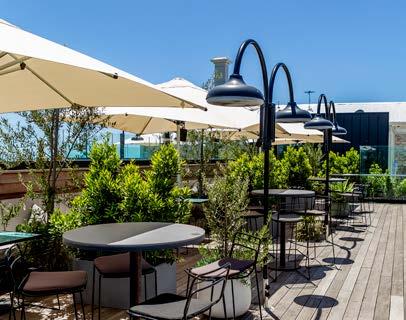 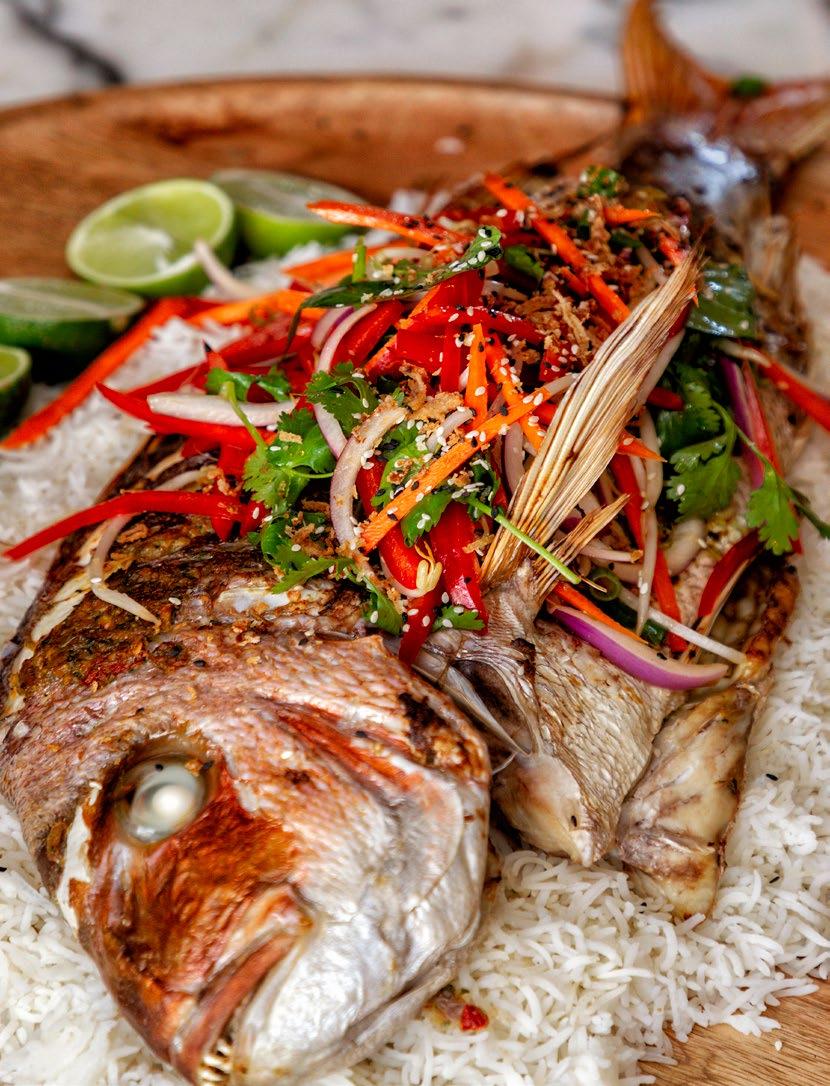 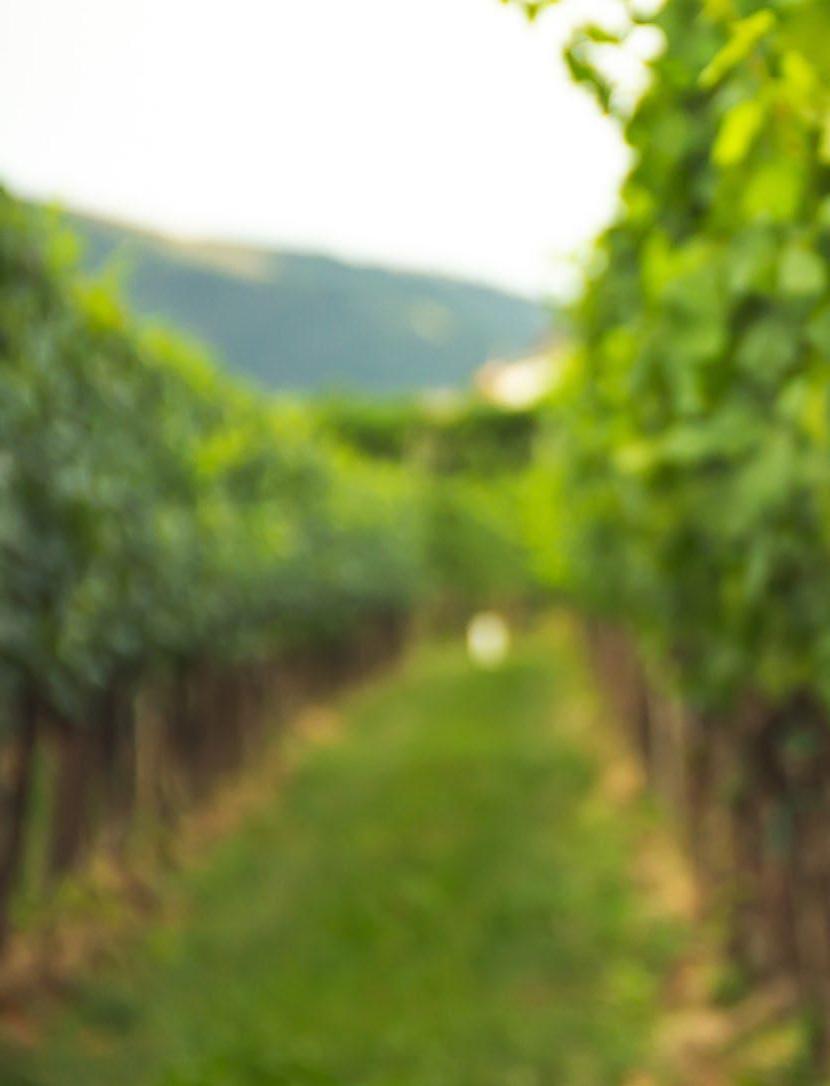 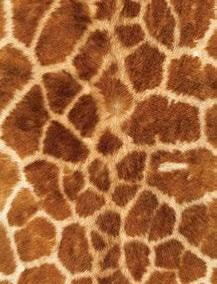 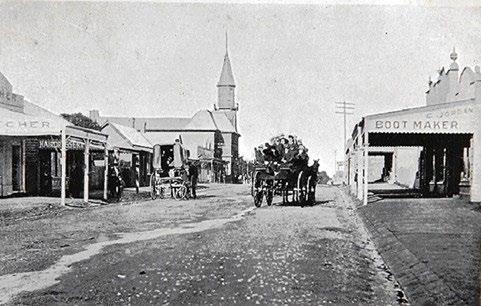 We’ll Close Down The Racecourse And Sell It