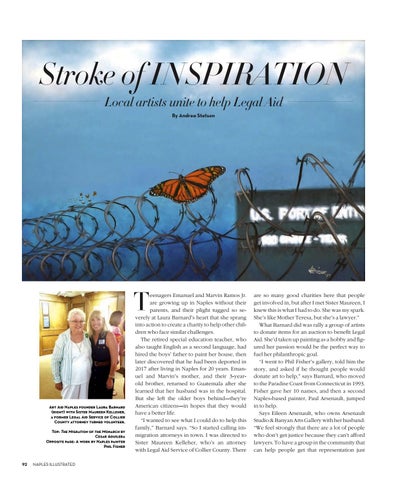 eenagers Emanuel and Marvin Ramos Jr. are growing up in Naples without their parents, and their plight tugged so severely at Laura Barnard’s heart that she sprang into action to create a charity to help other children who face similar challenges. The retired special education teacher, who also taught English as a second language, had hired the boys’ father to paint her house, then later discovered that he had been deported in 2017 after living in Naples for 20 years. Emanuel and Marvin’s mother, and their 3-yearold brother, returned to Guatemala after she learned that her husband was in the hospital. But she left the older boys behind—they’re American citizens—in hopes that they would have a better life. “I wanted to see what I could do to help this family,” Barnard says. “So I started calling immigration attorneys in town. I was directed to Sister Maureen Kelleher, who’s an attorney with Legal Aid Service of Collier County. There

are so many good charities here that people get involved in, but after I met Sister Maureen, I knew this is what I had to do. She was my spark. She’s like Mother Teresa, but she’s a lawyer.” What Barnard did was rally a group of artists to donate items for an auction to benefit Legal Aid. She’d taken up painting as a hobby and figured her passion would be the perfect way to fuel her philanthropic goal. “I went to Phil Fisher’s gallery, told him the story, and asked if he thought people would donate art to help,” says Barnard, who moved to the Paradise Coast from Connecticut in 1993. Fisher gave her 10 names, and then a second Naples-based painter, Paul Arsenault, jumped in to help. Says Eileen Arsenault, who owns Arsenault Studio &amp; Banyan Arts Gallery with her husband: “We feel strongly that there are a lot of people who don’t get justice because they can’t afford lawyers. To have a group in the community that can help people get that representation just 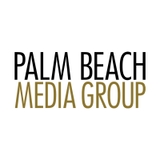