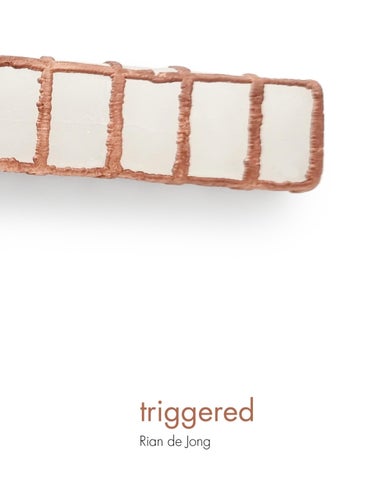 In 2019 and, again, in 2020, I received annual membership cards from the National Rifle Association of America, to be activated upon payment of their annual dues. I figured they got my contact information through a subscription I have to Cowboys and Indians, a shelter magazine I enjoy for its nostalgic coverage of the earthy lifestyle practiced in the western United States—a lifelong fantasy of this “urban cowgirl”. However, unlike the myriad mailings we constantly receive to support organizations such as the Audubon Society, National Trust for Historic Preservation, or Sierra Club, groups to which we might make a small donation so as not to feel guilty about keeping the “free” pads, bookmarks and return address labels enclosed, the NRA solicitations truly disturbed me, even though I knew they came from an unsanctioned mailing list. My love for the American west notwithstanding, I

Implied violence notwithstanding, the works in visual puns, portraying some of the weapons as useless or equivocal, and in so doing, effectively

encased in sturdy electroformed copper to give it confined to a cage. Three electroformed copper each other. A benign soft pistol emerges from a sheet of beige plastic foam; and a pendant formed from wrapped copper wire that has been painted blue, and then threaded askew on a thin cord, is not immediately apparent as the image of a gun, until you study it closely.

a group. Dutch jeweler Rian de Jong often uses her work to tackle controversial moral and social issues. In her provocative new series, triggered, she takes on the politically fraught topic of gun control. For One

It is de Jong’s wish that these traditionally brutal weapons “evoke a smile, a question, a thought and possibly also a sense of responsibility.” She regards them as both objects and jewelry, indicating that we can wear them, hold them in our hands, stick them in our waistbands, in a holster on our belts, or under our armpits; we can even put them in our socks. With the works that comprise triggered, de Jong aims to encourage gun supporters driven by fear, insecurity, prejudice, and paranoia to focus on the murderous potential of weapons and to rebuke the miscreants that incite hostile acts, either through conviction, coercion, or greed. Perhaps by raising awareness, we may find a way to control guns. We must. There is so much at stake.

to jewelry inspired by the Covid-19 pandemic (2020), she made “Hey Guys, Shoot That Damn Thing,” a necklace of two pendants, one in the shape of a gun made of cardboard, and the other a model of the virus – a coral piece – it is meant to annihilate. While doing background research for the piece, she learned that gun sales were increasing at an alarming rate in the USA during the pandemic. In fact, in 2021, alone, there were over 20,000 gun-related deaths in the United States (not counting suicides). She wondered why this was so, whether it was a universal phenomenon, and, if not, what cultural deviations might account for the disparity. Since then, de Jong has been haunted by firearms. In reading about historic pistols used in the American west, she came upon their designation as “peace makers,” begging the question, “Have weapons ever made peace?” Guns habitually bring only destruction and death.

Rian de Jong is an internationally recognized artist who has been making jewelry for four decades. She has been the subject of numerous solo shows. Her work is represented in the collections of many museums around the world, including the Cooper Hewitt Smithsonian Design Museum and Museum of Arts and Design in New York; The Nelson-Atkins Museum of Art, Kansas City, Missouri; Museum für Kunst und Gewerbe, Hamburg and the Schmuckmuseum, Pforzheim in Germany; Swiss National Museum, Zurich; Victoria and Albert Museum, London; and the Rijksmuseum and Stedelijk Museum, Amsterdam, along with several more in the Netherlands. An inveterate traveler, de Jong cites her passion for new and unfamiliar cultures and materials as her prime motivating force.

Symbols for blood figure prominently in triggered. A series of brooches modelled in clay take the shape of revolvers displaying red-pigmented barrels and grips. Another pistol is assembled from blood, however, is seen in a large hand gun, constructed out of blackberry bush branches, from which red threads terminating in clay droplets

The inspiration came from a newspaper image where demonstrators in Michigan are walking with automatic weapons to confront Covid-19 and the measurements the state government had taken. Rian de Jong, Lannemezan, France