My cup of coffee - youth exchange in Mexico - diary 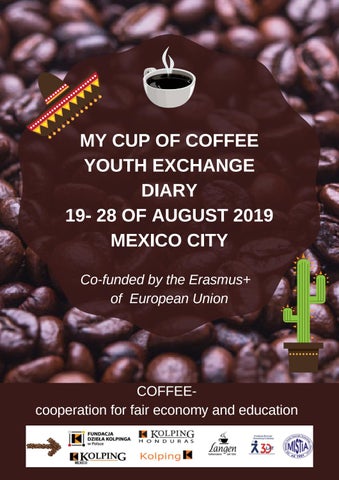 COFFEEcooperation for fair economy and education

Day 1. On August 19th -28th , 2019, the City of Mexico hosts youth exchanges from Poland, Romania, Germany and Mexico as part of the COFFEE-cooperation for fair economy &amp; education (Erasmus +) project, whose leader is the Kolping Foundation in Poland. The exchange entitled &quot;My cup of COFFEE&quot; began today with the former Aztec ceremony Los cuatro rumbos. From today, young people will participate in workshops, lectures and study visits related to four topics: solidarity economics, fair trade, youth activity and international cooperation for global sustainable development goals. There will also be intercultural education and visits to such important places for the culture and history of Mexico as: Teotihuacan, Templo Mayor or the house of Frida Khalo.

The event takes place at the headquarters of the Foundation of Kolping Mexican in Mexico City, where a young humming- bird settled with the youth, which supposedly symbolizes the light from the new world. Let&#39;s hope that thanks to this exchange, young people will see the light in the One World idea and will want to implement it in future plans and projects.

Day 2. Intensive, all-day workshops, during which young people had the opportunity to talk about what solidarity economy is? what are its roots? what kind of priorities it has? What can be achieved by building an economy based on values - all those were the subject of today&#39;s lectures, workshops and discussions.

In the end of an intense day and intellectual effort, young people took part in a salsa and cumbia lessons - Latin American dances. Thanks to this, we not only ended the day cheerfully, but also we could get to know Latin American cultures better. In addition, as the people says: movement is health!

Day 3. Humming- bird still accompanies workshops and youth. It is not disturbed by loud discussions, conversations and laughter of the youngsters. The theme of the 3rd day was vocational activation of young people, personal development and helpful tools in analyzing their passions, skills and opportunities on the labor market or in small business. In addition, workshops on contemporary priorities, which were assessed according to three criteria: need, environmental protection, financial potential. These workshops showed how the same activities or everyday projects are evaluated depending on the criteria. What is often important for people in everyday life is financial potential, what is not achievable for most people in the world. Inequalities and disparities in development and access to education and labor market opportunities are one of the biggest challenges for youth around the world. The afternoon program was completed with a cultural visit to the Frida Khalo Museum, one of the most famous Mexican artists in the world. The youth visited her blue house, where she lived for many years with her husband, another equally famous artist from Mexico Diego Rivera.

Day 4 i 5 Young people participated in the ceremony of graduation of the vocational course by Mexican youth and awarding diplomas. In afternoon workshops youngster tried to identified work opportunities in fair trade sector and solidary economy sector, as well professions in those sectors. In day 5th of youth exchange youngsters start project thinking workshop which gave them tools to create own international project of fair trade and solidar economy.

Besides of those youngsters visited Anthropological Museum in Mexico City, where they had the opportunity to learn about many Latin American indigenous cultures.

Day 6 . Day of classes and full-day workshops, group work and presentation of group work results. The main theme of the day was: Project thinking- step by step: goals and purpose identification, plan of project activities, roles and responsibilities division, resources analysis, other elements of the project building.

Humming- bird, it still bravely accompanies the youth. It gives hope that the ideas that will arise, the energy that was born between youth from different parts of the world is a new light and a good future.

Day 7 i 8 Project workshops are ongoing. The youth implement the next stage of the program- building common international project. Days 7 and 8 we were working on developing a youth project that will be international, will identify opportunities to promote fair trade principles and social economy on the example of fair trade coffee among young people around the world. Important issues was, how to use social media and online collaboration in the future. Through ideas at the local and national level, young people selected those that has global nature and thus created a joint, global youth project. In the end of the workshop, the project was presented in the form of a globe.

In the end of day 8 there was an intercultural evening, where young people presented their folk costumes or traditional games. It was a very good time- with mexican piniata and others games.

Day 9 and 10. The last two days are also the last cultural educational visit to the City of the Sun - Teotihuacan. A city that before the takeover by the Aztecs was the economic and cultural power of Latin America, a city where all native cultures had their capital. This city is also a metaphor for a fall, a fall that was caused by the climate crisis and ecological imbalance in that time.

A visit to Teotihuacan is not only a cultural visit, but also an opportunity to deeply draw conclusions about the collapse of civilizations and the reasons associated with it, it is an opportunity to reflect on how we should now care for ecologically sustainable agriculture and sustainable development. This is an extremely important visit that gave young people the opportunity to learn from the past and build a new future.

Solidary economy, fair trade, the ecological cultivation of coffee and other products are extremely important in the context of climate change and economic crises. With this message, the youth left Mexico City and returned to their homes. Now is the time to reflect and be active in the dissemination of acquired knowledge.

The diary was based on the current relations of the participants of the youth exchange DziÄ&amp;#x2122;kujemy! Thank you! iGracias! Danke! Multumesc! September 2019

My cup of coffee - youth exchange in Mexico - diary

On August 19th -28th , 2019, the City of Mexico hosts youth exchanges from Poland, Romania, Germany and Mexico as part of the COFFEE-cooperation for fair economy & education (Erasmus +) project, whose leader is the Kolping Foundation in Poland. 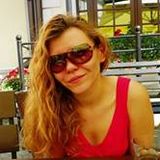