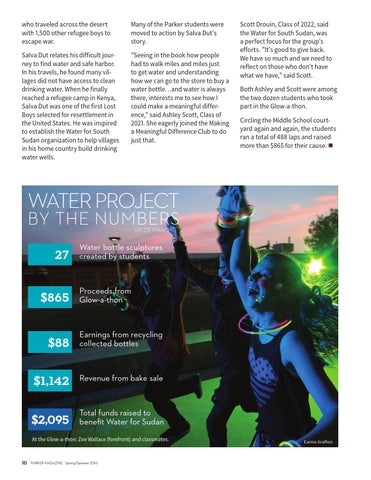 who traveled across the desert with 1,500 other refugee boys to escape war.

Many of the Parker students were moved to action by Salva Dut&#39;s story.

Salva Dut relates his difficult journey to find water and safe harbor. In his travels, he found many villages did not have access to clean drinking water. When he finally reached a refugee camp in Kenya, Salva Dut was one of the first Lost Boys selected for resettlement in the United States. He was inspired to establish the Water for South Sudan organization to help villages in his home country build drinking water wells.

&quot;Seeing in the book how people had to walk miles and miles just to get water and understanding how we can go to the store to buy a water bottle…and water is always there, interests me to see how I could make a meaningful difference,&quot; said Ashley Scott, Class of 2021. She eagerly joined the Making a Meaningful Difference Club to do just that.

Scott Drouin, Class of 2022, said the Water for South Sudan, was a perfect focus for the group&#39;s efforts. &quot;It&#39;s good to give back. We have so much and we need to reflect on those who don&#39;t have what we have,&quot; said Scott. Both Ashley and Scott were among the two dozen students who took part in the Glow-a-thon. Circling the Middle School courtyard again and again, the students ran a total of 488 laps and raised more than $865 for their cause. n

BY THE NUMBERS (AS OF MARCH 1)

At the Glow-a-thon: Zoe Wallace (forefront) and classmates. 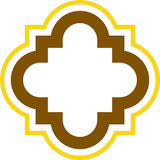