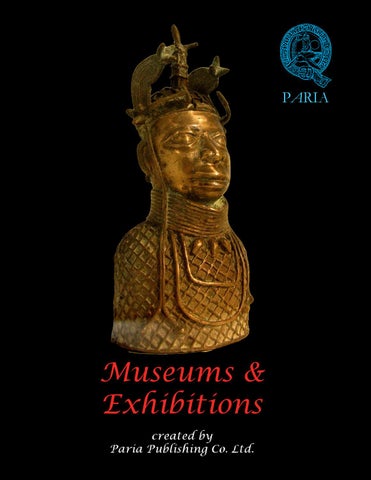 Museums and Exhibitions are Excellent Destinations for Visitors and Locals alike. . . . Museums and exhibitions are high profile items that generate positive participation and feedback from visitors, the media and the communities in which they are placed. Very visible, they tend to convey the notions of involvement, caring and educating, while actually managing to retain historical traces and information that could become lost. Paria Publishing Co. Ltd. has conceptualised, designed and built a number of small museums and permanent or temporary exhibitions, which we showcase in this booklet.

The Museum at the Pitch Lake, La Brea This museum was commissioned by the TDC.

The challenge: to create a Museum exhibit for the TDC without any existing artefacts.

The First Peopleâ&#x20AC;&#x2122;s exhibit at the Pitch Lake Museum shows pottery shards from the area of the Lake as well as artifacts from Tobago and other sites. . .

Pitch oil or kerosine is a derivative product of pitch. Its invention towards the end of the 19th century changed the lives of millions the world over. Local insight and entrepreneurial energy took this remarkable product to the world. Exhibits include both kerosine and gasoline-powered objects.

Artifacts reminiscent of life in the Oil Belt in the 1930s are combined with Sir Walter Raleighâ&#x20AC;&#x2122;s adventures in Trinidad where he visited the Pitch Lake, taking away samples of pitch as well as tobacco. His search for the El Dorado of South America still fires the imagination.

Designed to be very informative and educational, the Pitch Lake Museum has the young visitor in mind as well as the overseas visitor.

The Museum at Fort San Andres was commissioned by the Ministry of Culture. Pariaâ&#x20AC;&#x2122;s challenge was to curate a miscellany of objects from the National Museum collection and other found and bought objects into a comprehensive display of artifacts that would serve to narrate the Cityâ&#x20AC;&#x2122;s more than two hundred year history.

Built on the flat, so to speak, the display was designed to accommodate large crowds of enthusiastic school girls and erudite tourists. . . .

The general public contributed to setting up this exhibit in no small way. Bottles, above were â&#x20AC;&#x153;lentâ&#x20AC;? to the Museum by a Woodford Square preacher.

Community involvement is important in small City Museums such as this one. It contributes to a sense of ownership in the project. By word of mouth, we were able to obtain and put on display objects that came to us vicariouslyâ&#x20AC;&#x201D;some hard to come by pieces, such as Amerindian artifacts and a 100 year old commemorative plate for example.

The Museum of the T&T Police Service is probably the only museum ever built into a Tower.

A fascinating assignment that was handed to Paria by the Ministry of Culture, it involved working closely with the Community Police and a quantity of retirees. The Museum is centered on past Commissioners and depicts the transition from colonial times to the present.

At left, a Trophy of Arms comprising the Martini rifles used at the time of the Hosay riots of 1884, the bugle that was blown at the first Independence parade, Commissioner Eustance Bernard’s sword, and Deputy Commissioner Clive Sealey’s sword knots. Above and at right: an area dedicated to past Commissioners showing personal objects such as Randolph Burroughs’ dark glasses, Tony May’s spurs etc., all donated by relatives. It is important to involve as many people as possible in the creation of such exhibits.

Drums, musical instruments and regalia used at Independence in 1962

The winding tower staircase leads to an upper room where the exhibit shows an assortment of objects dating back over one hundred and fifty years, and features articles used at significant points in T&Tâ&#x20AC;&#x2122;s history that involved the police. Large numbers of photographs were donated by the Carr and Reid families, relatives of former Commissioners.

The House of Angostura Museum

The Museum at the House of Angostura is the first and only industrial/commercial Museum in T&T. Because of its history and the uniqueness of its signature brand, Angostura速 aromatic bitters, an opportunity was presented to show-case a company that has been in existence in Trinidad for more than one hundred and fifty years and a brand that is known the world over. Importantly, the company had kept its records, products and artifacts in good order. The challenge for Paria was to create the environment to present these in an atmosphere that conveyed the drama and the romance of this institution that can only be described as a national icon.

Above left: the coopery display, barrel making, important to rum aging. Below: Don Carlos Siegert was responsible for taking the brand to the world, where he was awarded, above, several international awards and in so doing made this product world famous.

Another aspect of the Angostura story told in the museum is its association with the Wars of Liberation in South America. The founder, Dr. Gottlieb Siegert, a medical practitioner, developed Angostura速 aromatic bitters as a remedy against the deleterious effects of dysentery. Brought to Trinidad in the 1860s, the company soon extended into rum blending and later into distillation, producing over the decades outstanding brands of rum.

Above: Woodbrook streets received their names from the members of the Siegert family, who developed the area in the 1900s. The exhibit below highlights the quality control laboratory that has always been central to the success of the company.

Exhibitions could be seasonal or tied to festivals or sporting events. They attract large crowds, which tend to be family-oriented, and generally draw very good press.

The Spirits of Trinidad & Tobago

Mama D’Glo, the Sprit of the waters.

The Folklore Exhibition held at the Angostura Museum was designed to take the appearance of an anthropological study of the Trinidad and Tobago’s folk traditions. It involved a three month research project that took Paria researchers into the clouds of Paramin, to Saut D’Eau island, Black Rock, Tobago, Mount Diab in central, and to Moruga Road collecting data and artifacts. It ran for over six months and attracted large crowds of enthusiastic Obeahmen and women, retired La Diablesses and Soucouyants, not to mention children of all ages. Again it was participated in by a variety of persons who lent objects, such as the Cowfoot, below, she does not go out at night again.

“The La Diablesse is the spirit of the woman who has been wronged by man!”

Papa Bois say, â&#x20AC;&#x153;I see you burning down the forest! I see you polluting the rivers! I see you setting fire, killing the creatures! I SEE YOU, I SEE YOU. . .

“A ball of flame along she came, flying without a wind.” That is how the Soucouyant of Saut D’Eau island off Trinidad’s north coast is remembered. An expedition to the island revealed the remains of an old house, a graveyard and a quantity of artifacts that led the researchers to conclude that she had indeed once been there.

The Lagahoo ot Loup Garou, is the Obeahman and shape changer. You want to see a jumbie? Take some dog yampee, put it in your own eye, and look through this lock. . .

The ladies of Paramin were the principal informants for the â&#x20AC;&#x153;Spiritsâ&#x20AC;? Exhibition at the House of Angostura.

The Ministry of Community Development, Culture and Gender AďŹ&#x20AC;airs,

EMANCIPATION in TRINIDAD Now on at the National Museum 117 Frederick Street, Port-of-Spain Open to the public free of charge

(closed on Mondays and Public Holidays)

This exhibition was sponsored by the United Nations and the Ministry of Culture and was held at the National Museum in Port of Spain.

EMANCIPATION IN TRINIDAD A Public Lecture by PROF. BRIDGET BRERETON

Authentic documents dating from the period. Above: torture at the Royal Goal. Right: title deed for Diego Martin. Below: schedule for claims on the emancipation of slaves on an estate in Tobago.

The Abolition of Slavery 1807 and the Emancipation 1838 exhibit featured authentic artifacts and documents, such as the Benin bronze above.

The Spirits of Tradition Exhibition at The House of Angostura

The Spirits of Tradition was a herbal, homeopathic and botanical exhibition that was held at the House of Angostura Museum. It was done in collaboration with the Herbarium at the University of the West Indies to further and deepen interest in folk medicine in Trinidad and Tobago. It was participated in by several practitioners in herbal medicine and was accompanied by a series of lectures that were delivered by medical doctors and lecturers from the UWI. It ran over several months and drew considerable interest.

The Department of Agriculture at the UWI supplied a large variety of local medicinal plants for the exhibition. They also provided lectures, where scientists working in the field answered questions by visitors to the exhibition. Angostura, being an indigenous product made of herbal preparations, was well placed as an original medication of long standing.

Homeopathic, health and magical preparations were also on display. These generated great interest.

The instruments, specimens and writings of Trinidadâ&#x20AC;&#x2122;s first botanists on display.

A Masonic Exhibition held at NALIS to mark the two hundredth anniversary of Free Masonry in Trinidad.

This exhibition was organised by a Masonic body called Continuing Masonic Education to mark the two hundredth anniversary of Free Masonry in this island. This was commemorated by the lodging at NALIS of a large collection of Masonic books, papers and documents for safe keeping, with limited public access. The exhibition was open to the public. There was intense interest and a large audience attended all the lectures that accompanied the exhibition.

The Spirits of Christmas, an Exhibition held at the Museum of the House of Angostura, celebrated the â&#x20AC;&#x153;Divine Childâ&#x20AC;? in the multi-cultural, multi-religious nature of Trinidad & Tobago.

Through the ages and in diverse cultures the veneration of Divinity as expressed in the love, innocence and purity of childhood has been an enduring motif.

Religious tolerance, the acceptance of each otherâ&#x20AC;&#x2122;s need to achieve meaning in ways that represent our unique cultural mix, is just one of the several characteristics that define us as a remarkable people.

This exhibition and museums shown herein drew and some are still drawing thousands of visitors and are a powerful tool in the development of the visitor market. 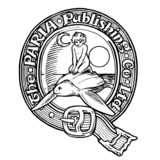 Paria Publishing Co. Ltd. has conceptualised, designed and built a number of small museums and permanent or temporary exhibitions, which we...

Paria Publishing Co. Ltd. has conceptualised, designed and built a number of small museums and permanent or temporary exhibitions, which we...