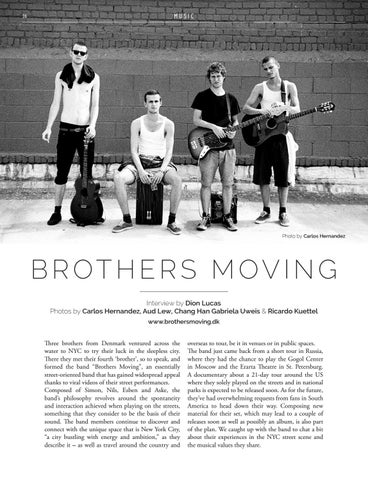 Three brothers from Denmark ventured across the water to NYC to try their luck in the sleepless city. There they met their fourth ‘brother’, so to speak, and formed the band “Brothers Moving”, an essentially street-oriented band that has gained widespread appeal thanks to viral videos of their street performances. Composed of Simon, Nils, Esben and Aske, the band’s philosophy revolves around the spontaneity and interaction achieved when playing on the streets, something that they consider to be the basis of their sound. The band members continue to discover and connect with the unique space that is New York City, “a city bustling with energy and ambition,” as they describe it – as well as travel around the country and

overseas to tour, be it in venues or in public spaces. The band just came back from a short tour in Russia, where they had the chance to play the Gogol Center in Moscow and the Erarta Theatre in St. Petersburg. A documentary about a 21-day tour around the US where they solely played on the streets and in national parks is expected to be released soon. As for the future, they’ve had overwhelming requests from fans in South America to head down their way. Composing new material for their set, which may lead to a couple of releases soon as well as possibly an album, is also part of the plan. We caught up with the band to chat a bit about their experiences in the NYC street scene and the musical values they share. 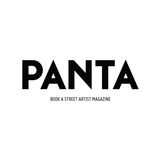