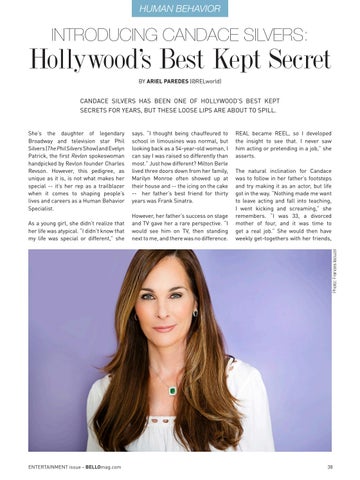 CANDACE SILVERS HAS BEEN ONE OF HOLLYWOOD’S BEST KEPT SECRETS FOR YEARS, BUT THESE LOOSE LIPS ARE ABOUT TO SPILL. She’s the daughter of legendary Broadway and television star Phil Silvers (The Phil Silvers Show) and Evelyn Patrick, the first Revlon spokeswoman handpicked by Revlon founder Charles Revson. However, this pedigree, as unique as it is, is not what makes her special -- it’s her rep as a trailblazer when it comes to shaping people’s lives and careers as a Human Behavior Specialist.

However, her father’s success on stage and TV gave her a rare perspective. “I would see him on TV, then standing next to me, and there was no difference.

REAL became REEL, so I developed the insight to see that. I never saw him acting or pretending in a job,” she asserts. The natural inclination for Candace was to follow in her father’s footsteps and try making it as an actor, but life got in the way. “Nothing made me want to leave acting and fall into teaching, I went kicking and screaming,” she remembers. “I was 33, a divorced mother of four, and it was time to get a real job.” She would then have weekly get-togethers with her friends, Photo: Frances Iacuzzi

As a young girl, she didn’t realize that her life was atypical. “I didn’t know that my life was special or different,” she

says. “I thought being chauffeured to school in limousines was normal, but looking back as a 54-year-old woman, I can say I was raised so differently than most.” Just how different? Milton Berle lived three doors down from her family, Marilyn Monroe often showed up at their house and -- the icing on the cake -- her father’s best friend for thirty years was Frank Sinatra. 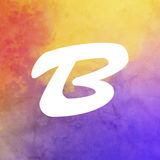