Brenda Audino is a Certified Wine Specialist and among only a handful of sommeliers in the Austin area who are accredited by the International Sommelier Guild. Additionally, Brenda has broadened her wine knowledge by traveling extensively throughout France, Italy, Spain, Portugal, Argentina, Australia and New Zealand as well as all of the major wine producing areas in the United States. Kasandra Cruzcosa is a lifestyle, editorial and commercial photographer who specializes in the use of natural light. She lives in Austin, holds a BBA in marketing and loves all things creative. In the past year, Kasandra has photographed many local businesses for the upcoming edition of Crave Austin. Find out more about her work at www.kasandra cruzcosa.com and view her portfolio of Austin images at www.picturesofaustin.com. Rebecca Fondren is a commercial photographer specializing in food and product photography. She studied Political Science at the University of Texas, and in early 2007 taught herself photography. Her clients include The Salt Lick BBQ, Sullivan’s Steakhouse, Uchi: The Cookbook, Texas Monthly, The Wall Street Journal, GQ and Google. Coles Hairston is an award-winning, Austinbased location photographer. He produces dynamic images for clients including Fortune 500 companies, national companies, design firms, Texas architects and more. His work has been published in numerous books and magazines such as Southern Living, Texas Monthly, Texas Architect and Unique Homes. Check out his portfolio at www.coleshairston.com. Jerry Hughes is an award-winning portrait and wedding photographer, best-selling author, inventor, speaker and world traveler. His fashion photography has been in Vogue and corporate clients include IBM, Proctor &amp; Gamble and Ford. Jerry also teaches one on one and online workshops on how to use your digital camera, creativity and Photoshop at Precision Camera. For classes, visit www.easyphotoclass.com or to contact Jerry, visit www.artiststudio12.com.

Jason Kerkmans contributes to magazines such as Men’s Journal, Men’s Health and Outside, among others and is a regional editor for Texas Golfer magazine. Kerkmans’s most memorable interview was with Sandra Day O’Connor—but that will play second fiddle the moment this new father gets to ask his daughter her first question.

It took years for Daniel Ramirez to discover his true passion—the city of Austin. Now in his sixth year in his beloved town, he is a graphic design consultant, a director of communications and a writer and contributor to several magazines. Daniel, a champion of live music at any time of year, claims that he only works to support his music habit. Follow his blog at www.austinlifestylemagazine.com. Katie Schnack is a freelance writer and reporter in Austin. Her work has been featured in Redbook magazine, Thrillist.com and SeeSawAustin.com. After getting a BA in broadcast journalism, she worked as an associate producer for an NBC affiliate in South Florida, writing the evening newscasts and editing video. Happy to now be living in Austin, Katie spends most of her time typing at a coffee shop, discovering new restaurants, walking around Town Lake and working on getting her first book published. Learn more at www.kschnack.com.

Veronica Meewes graduated from Sarah Lawrence College in New York, where she studied writing, art and sociology. She works at Helping Hand Home for Children and moonlights as a freelance writer and photographer when she’s not in the kitchen, supervised by her dog Chef. She primarily pens food, drink and feature articles which have also appeared in the Austin-American Statesman, Edible Austin, Eat &amp; Drink Austin, Soundcheck magazine, Scion magazine, Whole Lifestyle magazine and the Austinist.

A true Renaissance woman, Donna Woodwell is an astrologer, hypnotist, writer and entrepreneur. She owns Four Moons Astrology, consults with clients from across the country, launched the Astrological Society of Austin and served as membership director for the largest US astrology organization. She can be reached online at www.fourmoonsastrology.com.

Austin’s premier lifestyle and home publication. Between the covers, we celebrate the central Texas lifestyle and embrace an idea of home that includes your family, your community and your city. It is the essential sourcebook for upscale AUSTIN style. Read our May June issue now! 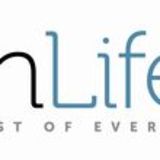