In lively narrative chapters, Evans explores such topics as marriage customs; women in Hellenistic societies; festivals, sports, and spectacles; symposia (drinking parties); the agricultural and commercial components of the polis (city-state); food and drink; education; science and technology; and the legacy of the Hellenistic age in the modern world. $19.95 PAPER · 978-0-8061-4255-5 · 248 PAGES

Homeric Greek has been a standard textbook for first-year Greek courses in college and preparatory schools. It offers students the exciting experience of learning to read a Homeric poem in the original language, while introducing them to the fundamentals of ancient Greek. This fourth edition addresses the needs of today’s teachers and students, while retaining those elements of the original book responsible for its longevity. $34.95 PAPER · 978-0-8061-4164-0 · 456 PAGES

A classic of western literature, Julius Caesar’s Gallic War is also a staple of Latin language. This new edition for students, prepared by a senior classical scholar and translator, is among the most comprehensive available and will be especially valuable because Caesar is one of the two authors chosen for the new Advanced Placement curriculum in high school Latin. $19.95 PAPER · 978-0-8061-4252-4 · 176 PAGES

Originally written and published in Italian, this English-language translation of Death in the Greek World includes the most recent scholarship on newly discovered texts and objects, and engages the latest theoretical perspectives on the gendered roles of men and women as agents of mourning. The volume also features a new section dealing with hero cults and a new appendix outlining fundamental developments in modern studies of death in the ancient Greek world.

A comic masterpiece of classical antiquity, the Satyrica (or Satyricon) of Petronius is a tantalizing work of fiction. In The Satyrica of Petronius, Beth Severy-Hoven makes the work, with its flights of language and vision of Roman culture around the time of Nero, accessible to a new generation of students of Latin.

A New Approach to English, Latin, and Greek By Bruce A. McMenomy

The Natural Histories of Pliny the Elder

Syntax, Bruce McMenomy would like the beleaguered student to know, is not a collection of inconsistent and arbitrary rules, but rather an organic expression of meaning that evolved over time. Aimed at students of classical languages, this book shows how understanding grammatical concepts as channels for meaning makes learning them that much easier and, in a word, natural.

An Advanced Reader and Grammar Review By P. L. Chambers

For students of Latin—even those at an advanced level—reading original works by Latin authors can be daunting. Students must remember a seemingly endless array of grammatical rules and vocabulary, and often the material to be translated seems dull and lengthy beyond endurance. Here P. L. Chambers overcomes these challenges through her engaging presentation of the writings of Pliny the Elder.

Acharnians, Knights, and Peace By Aristophanes Translated and with Theatrical Commentaries by Michael Ewans

Most readers nowadays encounter the plays of Aristophanes in the classroom, not the theater. Yet the “father of comedy” wrote his plays for the stage, not as literary texts. Here Michael Ewans offers new and lively translations of three of Aristophanes’ earliest surviving plays: Acharnians, Knights, and Peace. $24.95 PAPER · 978-0-8061-4231-9 · 304 PAGES

The Arena of Satire

The Arena of Satire presents the satirist as flaneur traversing the streets of Rome in search of its authentic core—those distinctly Roman virtues that have disappeared amid the corruption of the age. What the vengeful, punishing satirist does to his victims, as Larmour shows, echoes what the Roman state did to outcasts and criminals in the arena of the Colosseum.

In ancient Greece, the epics of Homer and the tragic dramas performed each spring in the Theater of Dionysus offered citizens valuable lessons concerning the necessity and proper application of compassionate action. This book is the first full-length examination of compassion (eleos or oiktos in Greek) as a dramatic theme in ancient Greek literature.

From Homer to the Classical Age By Maria Serena Mirto Translated by A. M. Osborne

Drawing on his extensive classroom experience and linguistic expertise, Paul Ryan offers a commentary that is both rich in detail and—in contrast to earlier, more austere commentaries on the Phaedrus—fully engaging. Line by line, he explains subtle points of language, explicates difficulties of syntax, and brings out nuances of tone and meaning that students might not otherwise notice or understand.

Death in the Greek World

A Commentary for Greek Readers By Paul Ryan

One of the two major ancient Greek epics, Homer’s Odyssey, has been a classic of Western Literature for centuries. This new translation into spare, elegant blank verse, is certain to attract the same praise and admiration as Herbert Jordan’s translation of Homer’s Iliad. $19.95 PAPER · 978-0-8061-4412-2 · 444 PAGES

From Republic to Empire

Rhetoric, Religion, and Power in the Visual Culture of Ancient Rome By John Pollini

Political image-making is the focus of this masterful study of Roman culture. John Pollini explores how various artistic and ideological symbols of religion and power, based on Roman Republican values and traditions, were taken over or refashioned to convey new ideological content in the constantly changing political world of imperial Rome. $60.00 CLOTH · 978-0-8061-4258-6 · 576 PAGES

For nearly a century, Lexicon of the Homeric Dialect has served as an invaluable resource for students and scholars of Homer’s Iliad and Odyssey. As both an English-Homeric dictionary and a concordance, the Lexicon lists and defines in English all instances of Greek words that appear in the two epics. Now, with the inclusion of Cunliffe’s “Homeric Proper and Place Names”—a fortytwo page supplement to the Lexicon—this expanded edition will be even more useful to readers of Homer. $32.95 PAPER · 978-0-8061-4308-8 · 512 PAGES 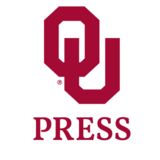