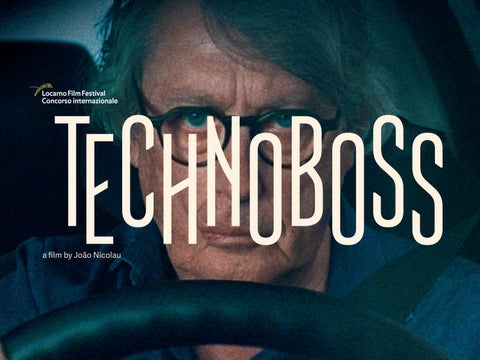 a film by JoĂŁo Nicolau

SYNOPSIS Luís Rovisco, divorced and well into his sixties, is hoping to retire soon from his job as the commercial director of SegurVale – Integrated Systems of Access Control. Until that happens, he can more often be found behind the wheel of his car, singing about what he sees along the way. Quick on the draw and with a ready smile, his years of experience allow him to gracefully avoid the traps that technology, his coworkers and a mysteriously absent boss keep setting on his path. Not even the death of Napoleão (a cat), the constant pain in his knee or a family altercation overpower him: there’s no wrong that a song can’t make right. But before Lucinda, the receptionist at Almadrava Hotel, he finds himself singing to a different tune.

COMMENTS OF THE DIRECTOR All that matters in this film is the clash between the main character and everything that, for better or worse, still has the ability to move: a romantic reencounter, a song, a cat, a son, a grandson, a gate or an aching leg. technoboss refuses to address the inevitability of ageing from an aesthetic of commiseration, pity or exploitation of suffering. Any other attitude would be impossible in a film that follows the adventures of a figure as witty and preposterous as Luís Rovisco. All it took in order to create this film was to surround myself with a set of conflicting, or outright impossible, aspirations. Here are some of them, perhaps the most important ones: ○ To make a film about a guy – a solitary man in his sixties – who suffers from excessive youth and who

doesn’t suffer from loneliness. Much like a child, a teenager or a young adult, the protagonist in this film is also at the beginning of a new stage in his life. ○ To make a film in which the protagonist sings a lot, without making a musical. Or without making a silly musical, or making a musical that is silly enough so it can be a film, knowing from the start that any movie is, by its very nature, both musical and silly and therefore, that being the case, the risk of redundancy is high.

○ To make a film in which the protagonist is in a car all the time, but which is not a road movie; a film directed by a guy who hates cars, who doesn’t know the first thing about cars, and who up until this moment has only filmed either motionless cars or cars that move on their own without a driver. ○ To make an analogical film, artisanal to the edge, and to call it “Technoboss”. A film where roads are real and studio sequences are also real. A film in which machines play a central part but almost aren’t touched upon.

DIRECTOR’S BIOGRAPHY João Nicolau was born in Lisbon, Portugal. He has never understood (nor will he ever) a thing about the Middle East. He works as a film director and editor and, sometimes, as an actor and musician. His films are regularly shown in the most prestigious film festivals: Cannes, Venice, Locarno, São Paulo, Belfort, Vienna, Busan, Buenos Aires, Seville, Vila do Conde, Mexico City, Angers, Milan, Montreal, Mar del Plata, Belo Horizonte, Valdivia, Rome, Sarajevo, among others.

MAIN CAST BIOGRAPHY miguel lobo antunes was born in Lisbon in 1947. He studied to be a lawyer and had a diversified career. From 1983 he held several positions as curator and cultural manager. He was the director of the Portuguese Film Institute, the administrator of Lisbon’s two cultural centers, responsible for their program, bringing – among many other contributions – to Portugal the French concept of the Music Day. He published some texts on Constitutional Law and Political Science in Portugal and abroad. Technoboss is his first work as an actor.

MAIN CAST BIOGRAPHY Award-winning and one of the most respected actresses of her generation, Luísa Cruz (born in 1962) is a Portuguese actress that has built a career spanning over three decades in tv, cinema and theatre. Passionate about performing arts, Luísa went on studying acting at Escola Superior de Teatro e Cinema do Conservatório Nacional de Lisboa, and have since worked on countless projects, such as: As Mil e Uma Noites by Miguel Gomes; Espelho D’Água – SIC, Orgia by Pasolini – Teatro Nacional D. Maria ll, directed by João Grosso. In 2005 she recorded with Jeff Cohen the album Quando Lisboa Anoitece. Luísa Cruz has also participated in the operas Manfred and Abu Hassan at Teatro Nacional de São Carlos (Portuguese Opera Theater). 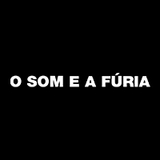