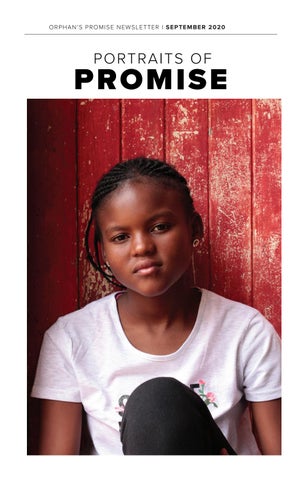 What a difference one thread can make. One snagged thread can ruin a garment. One golden thread can beautify an entire tapestry. That is what Ameliaâ&amp;#x20AC;&amp;#x2122;s story reminds us of: a hand-woven masterpiece. As with all His children, God has interlaced His love throughout the fabric of her life. We can see His fingerprints across our circumstances. The breath whispering His love. The golden thread of grace. Like Amelia, once you have found that thread, never let it go. These are the stories. These are the souls. These are the portraits of the lives weâ&amp;#x20AC;&amp;#x2122;re changing.

THE THREAD BEGINS… From the earliest tales Amelia could remember about her grandfather, he had been a Sangoma, or traditional healer, in South Africa. That meant, in addition to working on the farm, he was a practitioner of a philosophy based on a belief in ancestral spirits and traditional African medicine, including holistic and symbolic forms of healing for mental and physical illnesses. This would end up being the home and belief system Amelia was raised in, but the Lord had other plans for her. As she would one day discover, His quest to touch her heart began long before she was born. In 1991, the thread began: The farm where Amelia’s grandfather worked was bought and turned into an Orphan’s Promise partner school. Dayspring Children’s Village began providing classroom instruction, meals, and boarding for 89 at-risk children from the surrounding rural communities. School and board are still offered Monday through Friday, with the most vulnerable children also staying over the weekend.

After the farm was turned into a school, many of the farm’s employees stayed on in various forms of employment, including Amelia’s grandfather, who became a groundskeeper. Over the years, this gave staff from the school the chance to share the Gospel with him and minister to him and his family. At one point, Amelia’s grandfather even accepted Christ and burned all of his Sangoma items. What his conversion meant was that Amelia began learning about Jesus at an early age. Because of her grandfather’s earlier employment on the farm, he was provided with a private house where Amelia and her brother and sister were raised. Long before she was old enough to start kindergarten, Amelia would play at the school and hear about Jesus. When her older sister, Angelina, came home from class each day, Angelina would teach Amelia what she had learned about God. Thus, even

We believe God has a plan and a purpose for every child in Africa. Orphan’s Promise currently operates 52 projects in 18 countries throughout Africa, reaching 24,000 children every single day.

when she was quite young, God was gently drawing her heart toward Him. When one of their neighbors and a fellow Dayspring employee planted a church about 40 minutes away, Amelia began begging to be taken to church—despite her age and the fact that no one else in her family attended.

STITCH BY STITCH Today, Amelia is in seventh grade and has been attending school at Dayspring Children’s Village since kindergarten. Over the years, God’s gentle pursuit of her heart has continued to be a golden thread weaving through her life—tugging her toward Him—as her faith has continued to grow. Everyone who knows Amelia talks about her soft heart and her love for Jesus. It is inspiring to watch her as she tries to live out her faith in her daily life, including honoring her mother and grandparents and showing kindness to those around her.

Automate Your Impact! The most effective way to give and maximize your gift is to give a recurring monthly gift. If you’d like to become a monthly partner with Orphan’s Promise, please fill out the enclosed “You Pledge, We Pledge” form and return it in the Business Reply Envelope. We’ll count on you to ensure our commitment to these children is fulfilled! If you’d like to give a special gift to Orphan’s Promise, there are four easy ways you can give: Give online by visiting OrphansPromise.org/Promise Text PROMISE to 71777 and give from your mobile phone Call 1-800-818-4016 to give by phone You can mail a check made out to Orphan’s Promise to:

Orphan’s Promise 977 Centerville Turnpike Virginia Beach, VA 23463 Thanks for your generosity. We look forward to making a difference together.

Earning a living in rural South Africa can be difficult, and Amelia’s family does not have many resources. Ever since she was little, Amelia has been coming to the school on weekends and In 2018, there holidays asking if there were any odd jobs she could do in order to were 2.7 million provide for her basic needs like orphans in South clothing and toiletries. Thankfully, due to generous donors, Orphan’s Africa. More than 6 Promise has been able to cover out of 10 children her school fees for the past few years so Amelia hasn’t had to ages 5–12 were worry about whether or not she’d multidimensionally be able to continue her studies.

At school, Amelia is known as a serious student who loves to

read and always does her best. She is determined to make good life choices and we celebrate her for that! Her older sister, Angelina, is now the first person in their family to ever graduate from high school, and she is praying to be able to attend university. Often, Angelina helps Amelia with her homework

after class since their grandparents are unable to read. The two girls share their dreams for gaining a higher education, traveling, and making a positive difference in their communities. Amelia’s story is powerful— not because there is a dramatic climax or radical

transformation, but because of the thread of the Father’s love that has consistently been present, pulling her toward Him, throughout every stage of her life. Each sign of His hand is a little touchstone of grace. A reminder of the fact that He is present. The fact that her heart has belonged to Jesus from such a young age, despite being raised in a family with a very different belief system, is a miracle. Even though her grandfather went back to his traditional beliefs, Amelia’s faith has

remained strong. We are so privileged to have played a role in cultivating her faith and to be part of her story. Thank you for being part of her story, too. Before we close, Amelia wanted to introduce herself to you. Don’t miss the last line—this precious child is only in seventh grade but the Lord is already using her to be a testament to His provision and goodness! We know He has a beautiful plan for her life, and we can’t wait to see what it is.

“My name is Amelia. I love to read different types of books. My favourite book is about a girl called Amelia Jane. My favourite colour is yellow and black. On weekends I play with my friends and go for walks. The best part of them all is going out to swim. I want to be a social worker when I grow up. My best friends are Kelebogile, Basestana, Lebo, and Malebogo. I live with my grandparents, aunty, uncle, sister, little brother, and sometimes mother. I would love to go to Paris one day; that is one of my desires. I also believe that Jesus is my Lord and my Provider.” 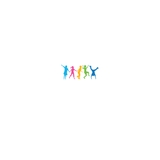