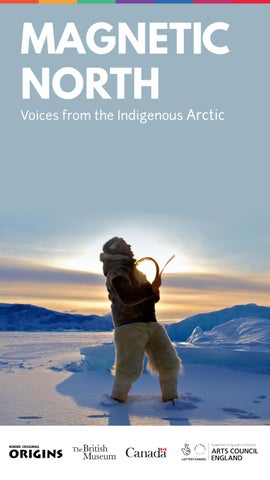 he National Theatre of Greenland believes that it is the arts and culture that binds the country and its people together. It is the stories we tell each other and tell about ourselves, that defines who we are. The art and culture scene in Greenland (Kalaallit Nunaat) is very much alive and kicking and is something we are proud of. In contrast to other Indigenous people in the Arctic, Inuit (Greenlanders) are not a minority in their own country. There is, however, a strong past and present influence from the Danish colonialism; that challenges the culture, and identity. There still exist open wounds in our society that need healing, and I believe that the arts and culture can act as both a driver and a buffer in the important debates we are having and need to have in connection to this. In theatre we often use the term â&amp;#x20AC;&amp;#x2DC;we stand on the shoulders of our forefathersâ&amp;#x20AC;&amp;#x2122;. Dialogues about reclaiming identity, revitalising of culture and the challenges of cultural appropriation, are ongoing. The fine balance between preservation and development, or change can be hard to find. For those who havenâ&amp;#x20AC;&amp;#x2122;t been here it can be difficult to grasp a

society with many social challenges but also the warmth of the people. The majestic, vast landscapes, the silence, the modern cities and the small settlements, the innovative nerve in people, and the quite concrete signs of climate change within the latest generation. One of my mentors the great actress and teacher Makka Kleist says that the last 300 years (since Greenland was colonised) is nothing, if we compare and look at the survival and the history of Inuit through time. This is true. The more I dive into the old myths and legends the more I realise that there is so much wisdom in them that is still applicable today. Respect for others and for nature is key to survival. Something that we need to be reminded of quite often.

“Respect for others and for nature is key to survival. Something that we need to be reminded of quite often.” Just to give you an idea of the atmosphere – from a personal perspective: Greenland is so much under my skin that if I were to go to London - it’s not that I wouldn’t enjoy it, and I would love to, I know there are many great, beautiful people and places there, but – my pulse would rise, I would find it noisy and crowded and after a week I would feel trapped and homesick – I would need to reconnect with nature. At the same time, I’m very thankful that Border Crossings’ ORIGINS Festival in partnership with the British Museum has taken on this respectful dialogue with the Arctic region and hope that we can continue to connect and learn from each other. In this time with the COVID-19 pandemic we need cultural meetings to lift our spirits.

Caitlyn Baikie is an Inuk from Nain, Nuntsiavut living in Canada. Through a decade of work experience, she has published peer reviewed articles on Arctic social and physical sciences, presented at various National and International conferences, and managed education programmes for Inuit youth on International ship based expeditions. Caitlyn now works for the Ottawabased national advocacy organisation Inuit Tapiriit Kanatami as a Policy Advisor. In 2015, CBC named Caitlyn as one of the top five Indigenous leaders under 30 to watch, and in 2017 Corporate Nights named her one of Canada’s top 30 under 30 sustainability leaders.

Elisabeth Heilmann Blind is originally from Sisimiut in Greenland but has lived in Northern Sweden for 30 years. Elisabeth works as a freelance actress and a mask dancer, and has worked in a number of different theatres including Sweden’s Giron Sámi Teáhter. She now also teaches with her workshops in Liberating Dance and Greenlandic Mask Dance all over Scandinavia, Greenland and other parts of the world, as well as lecturing in various contexts within dance and health. 4

Hivshu (meaning â&amp;#x20AC;&amp;#x2DC;the voice of Arcticâ&amp;#x20AC;&amp;#x2122;) is an Inuk of Inughuit nationality, from the northernmost natural settlement of the world in Siorapaluk, Greenland. Here live the last people you see before the North Pole. Hivshu is an author, storyteller and drum singer, raised up as a hunter and keeper of Inughuit heritage. He portrays life and the native Inuit wisdom and social values of the Arctic.

Ishmael Angaluuk Hope is a Tlingit and Inupiaq storyteller, poet and scholar who lives in Juneau, Alaska. Recent writing projects include his first collection of poetry, Courtesans of Flounder Hill, and Kisima Ingitchuna: Never Alone, a video game produced by the non-profit Cook Inlet Tribal Council that provides educational and social services to Native Alaskan people. Ishmael is deeply involved in the cultural events of his people and shares his culture in workshops, classrooms, and conferences.

Kiliii Yuyan is an award-winning Arctic photographer who illuminates the hidden stories of polar regions, wilderness and Indigenous communities. Informed by ancestry that is both Nanai/Hèzhé (Siberian Native) and Chinese-American, he explores the human relationship with the natural world from different cultural perspectives. Kiliii is a 2020 NiaTero Storytelling fellow, Pulitzer Centre grantee, and one of PDN’s 30 Emerging Photographers in 2019. His work has been exhibited worldwide and his public talks inspire others about photography and Indigenous perspectives.

is a contemporary performance artist based in Iqaluit, and a rising star in contemporary Indigenous theatre and Inuit performance. Laakkuluk is interested in the bodily effects of feminism, the physical aspects of using her political voice and the artistic value of playing with each of these concepts. In 2019 she performed Kiinalik: These Sharp Tools as part of the Indigenous Contemporary Scene at the Edinburgh festival. She is a founding member and organiser of Qaggiavuut, a performing arts space in Nunavut, Canada, and currently works there as the Artistic Director. 6

Dr Mya-Rose Craig D.Sc. h. c. is an 18 year old British Bangladeshi birder, conservationist &amp; environmentalist. She is committed to stopping biodiversity loss and saving our planet through halting climate change, whilst respecting Indigenous peoples, and highlighting Global Climate Justice as it intersects with Climate Change Action. She is the youngest British person to be awarded an honorary Doctorate of Science age 17 for her work. In September 2020 she visited the Arctic with Greenpeace, highlighting the second lowest sea ice minimum and doing the most northerly youth strike ever.

Torgeir Vassvik is a Norwegian Sรกmi musician and composer from the northernmost point of the Norwegian mainland in Sรกpmi, Gamvik in Finnmark. Vassvik has been making music since he was nine. A keeper and renewer of the coastal music tradition and identity, he combines yoik and overtone singing with drumming, traditional instruments, and nature sounds. His band VASSVIK have played concerts across Europe and in Japan.

Taqralik Partridge is a writer, spoken word poet and curator originally from Kuujjuaq, Nunavik (Canada), now living in Kautokeino, Norway. Partridge’s writing focuses on both life in the north and in southern urban centres, as well as the experiences of Inuit. Her performance work has been featured on CBC (Canada’s national broadcasting organisation) Radio One, and she also incorporates throat singing into her live performances.

oik, or luohti, is the traditional song of the Sámi people. Six-thousand-year-old rock carvings and written sources from the 12th, 13th, 17th and 18th centuries demonstrate that yoik has been a part of Sámi societies for a very long time. Many sources talk about the ritual practice of yoiking, but also its everyday importance: for example, children often yoiked before they could speak.

The importance of yoik to Sámi was well known, both for our spirituality and our community, health and wellbeing. From the 17th century, as a part of Christianisation, yoikers, or juoigit, were punished by the law. And so yoik went underground. Our drums, used to accompany the juoigit in ceremonial practices, were collected and burned. The few surviving drums were stolen from Sápmi, and can be found in museums across Europe, including the British Museum itself. For some Sámi the witch hunting days endure as a living memory, so to this day many Sámi have a complicated relationship with yoik. 9

A luohti comes about in our world when it is caught. “It comes from the big everything and will show itself to you. The idea is that the luohti is out there, and will manifest itself to the yoiker” says juoigi Torgeir Vassvik. You don’t yoik about a tree, a bird or a wolf: rather you become part of whatever it is you are yoiking, creating an emotional bond of understanding and acceptance. If someone has caught your luohti it is deeply personal, and when vocalised by others it strengthens you and your connection to your community. Strengthening connections through luohti is a way to communicate and create bonds between people, our lands and nature, our ancestors, and traditional ways of life. It is a communicative practice to the extent that, in some situations, it has been used instead of speech. Despite missionary activity and ongoing colonisation, luohti has survived. Within it lies a big part of Sámi spirituality, vuoi alašvuohta, our customs and world views. Today yoik is practised by many Sámi, young and old. Political and religious colonisation has in many ways sought to distance us from our histories, our culture and vuoi alašvuohta, our nature, lands and waters. This is why luohti is so important in our efforts to vocalise and strengthen Sámi culture, community and spirituality. Taking luohti back into our everyday lives is essential in a world where connection and communication in a direct sense is becoming ever more rare. Yoiking is part of a constant interaction where all participants - nature, animals, mountains, people, spirits and forests - are equal. It is a part of life, Sámi philosophy, our spirituality and our medicine.

From the article Vuoi alašvuohta - Sámi spirituality, yoik and their connections.

Celebrate the cultural diversity of the Arctic and its importance to us all at this special online event on 3 December 2020, presented by Border Crossings’ ORIGINS Festival in partnership with the British Museum. Supported by Arts Council England and the High Commission of Canada, part of the public programme accompanying the Citi exhibition Arctic: culture and climate at the British Museum (22 October 2020–21 February 2021). 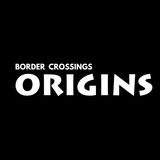 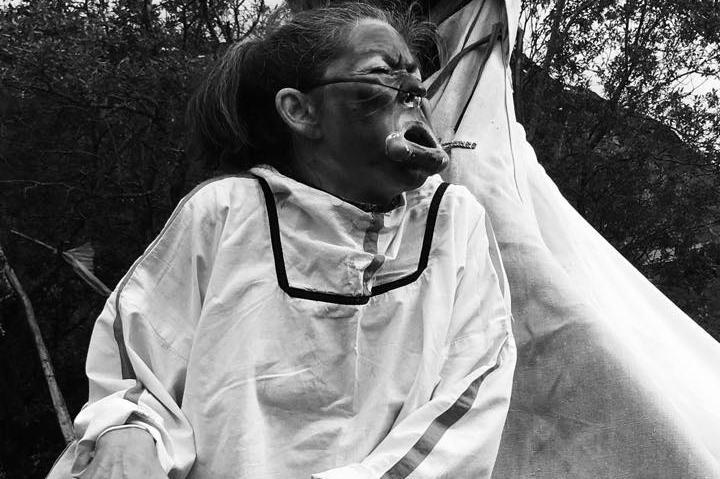 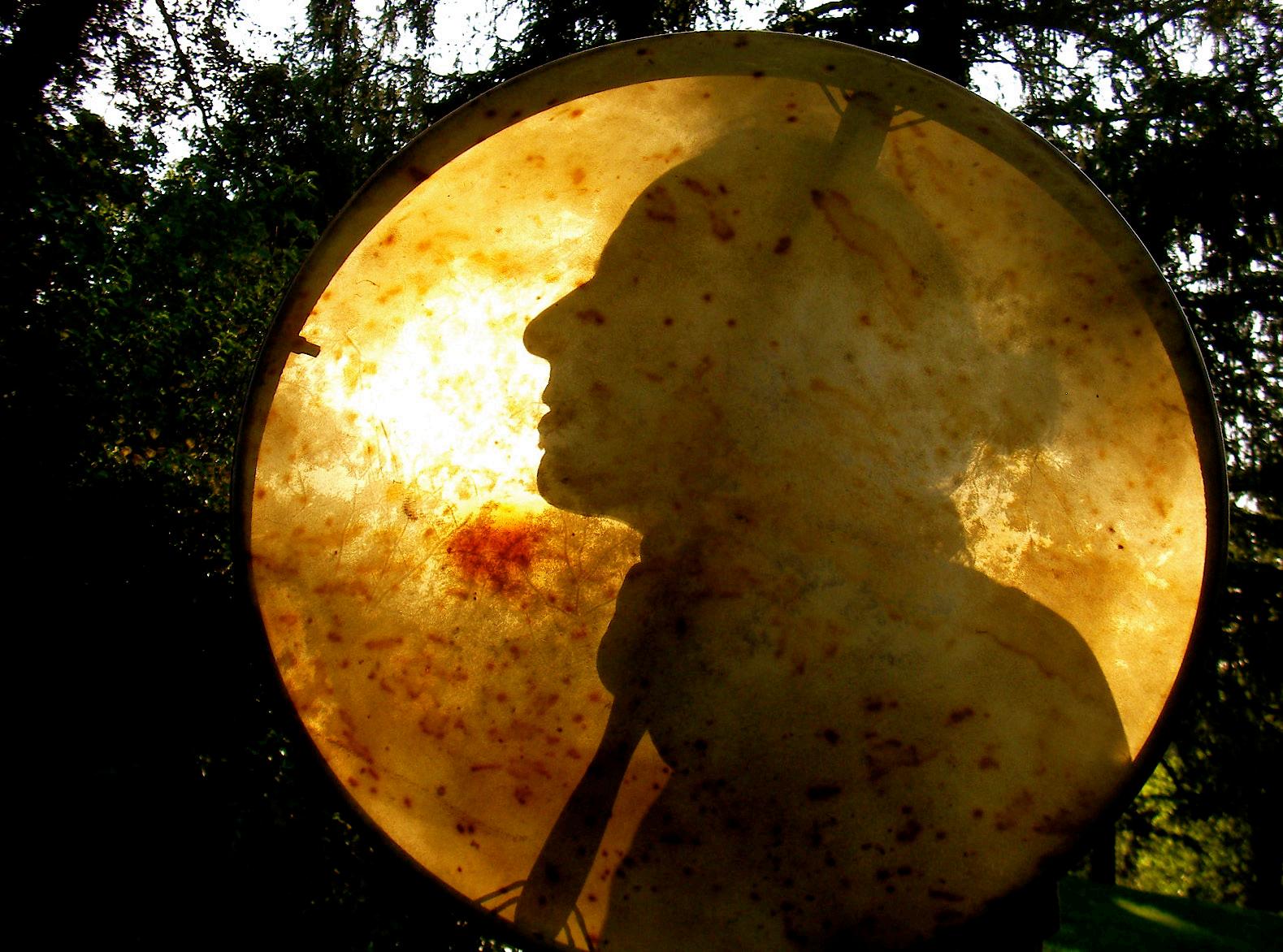