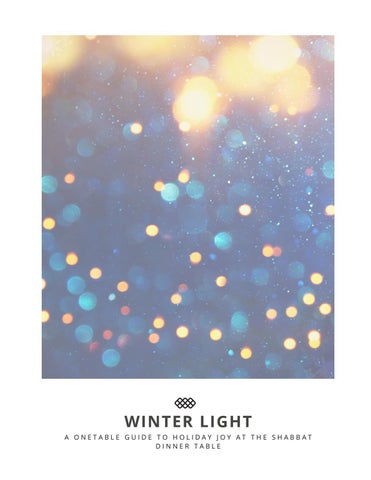 It's no coincidence that Hanukkah, or chag urim, the “festival of lights” in Hebrew, falls every year on or near the winter solstice. Most faiths that originated in the ancient Near East, including Christianity, embedded within their religious calendars a practice to create warmth and light at the darkest time of the year. Many scholars of classical antiquity remind us that Judean monotheism did not develop in a vacuum, and was no doubt influenced by the many pagan solstice traditions practiced by neighboring cultures. The breakup of Alexander the Great’s empire following his death did not slow the pace of Hellenization in the lands he conquered, including Judea. Among the Jewish people at the time, many welcomed the art, culture, and philosophy that accompanied Alexander’s rule, but forced assimilation isn’t really anyone’s jam. By the time we get to the reign of Antiochus Epiphanes (c. 214-164 BCE) things have gotten pretty rough for the Jews, who had been forbidden to study Torah openly or offer the sacrifices that formed the basis of Temple-centric worship. The stage is set for tragedy and triumph, and according to Jewish lore, nes gadol haya sham, “a great miracle happened there.” Whether you’re celebrating Hanukkah, Christmas, or simply the joy of the season, we hope you will make room for both modernity and miracles as you tell the tale of Hanukkah at your holiday Shabbat dinner.

Baruch Atah Adonai Eloheinu Melech ha’olam shehecheyanu v’kiyamanu v’higianu laz’man hazeh. Blessed is the One who inspires the universe, sustains us, raises us up, and enables us to reach this season.

CANDLE READINGS Want to add a little more to your candle lighting each night? NIGHT 1 “There are two ways of spreading light: to be the candle or the mirror that reflects it.” — Edith Wharton NIGHT 2 “Motivation is a fire from within. If someone else tries to light that fire under you, chances are it will burn very briefly." — Stephen R. Covey NIGHT 3 “Though no one can go back and make a brand new start, anyone can start from now and make a brand new ending.” — Carl Bard NIGHT 4 “Walking with a friend in the dark is better than walking alone in the light.” — Helen Keller NIGHT 5 “Darkness cannot drive out darkness: only light can do that. Hate cannot drive out hate: only love can do that.” ― Martin Luther King Jr. NIGHT 6 “May it be a light to you in dark places, when all other lights go out.” ― J.R.R. Tolkien NIGHT 7 “There is a crack in everything. That’s how the light gets in.” ― Leonard Cohen NIGHT 8 “Pointing to another world will never stop vice among us; shedding light over this world can alone help us.” ― Walt Whitman

Baruch Atah Adonai Eloheinu Melech ha’olam asher kidshanu b’mitzvotav vitzivanu l’hadlik ner shel Shabbat. Blessed is the One who makes us holy through commandments and commands us to kindle the light of Shabbat. Hanukkah Reading, Part I: Enter Maccabees Mattathias was a cohen, a priest who served in the Temple in Jerusalem, and he was having none of the restrictions on Jewish practice being imposed by Antiochus. Things came to a head when Antiochus tried to force the Temple priests to make sacrifices to Greek gods. In the book of Maccabees II (part of the apocrypha, the stories that didn’t quite make it into the Torah) we learn that Mattathias not only refused to make this idolatrous offering, he killed the Jew who did and then killed the Greek official who issued the command. A wanted man, Mattathias appealed to the Jewish people: “Let everyone who has zeal for the law and who stands by the covenant follow me!” (Maccabees 2:27). He and his sons headed to the hills, where they became known as the Maccabees, or Hammers in Hebrew, because of their brutally efficient guerilla warfare against Antiochus’ forces. Mattathias dies in battle, but the Maccabees, led by his son Judah, triumph and reclaim Jerusalem and the Temple for the Jewish people.

Baruch Atah Adonai Eloheinu Melech ha’olam borei p’ri ha’gafen. Baruch Atah Adonai m’kadesh ha’Shabbat. Blessed is the One who creates the fruit of the vine. Blessed is the One who sanctifies Shabbat. Hanukkah Reading, Part II: A Great Miracle Upon returning to Jerusalem, the people found that the whole place was a raging dumpster fire. They did their best to clean up as quickly as possible so they could resume worship, which was on hiatus when they couldn’t access the Temple. Unfortunately the menorah, the branched candelabra that provided light in the Temple, could only be lit with oil that has been purified particularly for this sacred purpose, and no purified oil could be found. During the cleanup process, some sanctified oil was found, but only enough to light the menorah for one day. The process of purifying oil takes seven days, which meant the people would have to wait another week to resume Jewish practice. They lit the menorah and the oil burned for one day, then another… and another. Miraculously, the light continued to burn for a total of eight days, enough time to prepare more oil.

Baruch Atah Adonai Eloheinu melech ha’olam ha’motzi lechem min ha’aretz. Blessed is the One who brings forth bread from the earth.

Hanukkah Reading, Part III: Dedication And so the Jewish people were free to worship without interruption on that first day of hanukkat ha’bayit, or dedication of the Temple. Hanukkah, Hebrew for dedication. So why do we celebrate Hanukkah for eight days? Well, there’s the eight days of oil burning. But wait a sec, there was enough oil for one day. So really the miracle is seven days. And yet there are eight days of Hanukkah. The Jewish sages have a lot of beautiful ideas to account for that “extra miracle,” including the Maccabees’ military victory, finding the oil at all, and the fact that it is miraculous that we, every single year for two thousand years, choose to celebrate this story. What do you think? What’s your “extra miracle” this year?

V’achalta v’savata u’varachta. When you have eaten and are satisfied, bless. — Deuteronomy 8:10 It’s a remarkable thing that Jewish tradition seeks to inspire us to be present before we eat, and all the more so that we are then directed to acknowledge our gratitude after we eat, not for the food itself, but for the incredible feeling of being full.  At this time of year, perhaps more than any other, the notion of being sated is powerful. What does it mean to truly be fulfilled? In Hebrew, the root of the word for fulfillment — to be whole, to be complete — is shalom, the same as the word for peace. May we find peace, a whole and complete peace. May we be fulfilled, not only by our food, but by our family and friends, by our actions and our words.

Brich rachamana malka d’alma marei d’hai pita. We are blessed with compassion by the One who sustains us with bread. Up for more? Grab a dreidel and place your bets! The Yiddish word dreidel is a game derived from a popular Eastern European spinning top game. On the four sides of the dreidel appear four letters from the Hebrew alphabet — nun (‫)נ‬, gimmel (‫)ג‬, hey (‫)ה‬, and shin (‫)ש‬. These four letters are an acronym for nes gadol hayah sham, “a great miracle happened there.”

WHY FRIED FOOD? Why fried food? Jews from backgrounds around the world all have a tradition of eating fried foods on Hanukkah, the oil serving as a symbolic reminder of the oil that miraculously burned in the rededicated Temple for eight days. In North America, where Ashkenzi (central and eastern European) Jewish culture has been dominant, that means latkes — fried potato pancakes. The word latke is Yiddish and comes from the Russian work oladke, meaning “small pancake.” But in Israel and other places where there are larger Mizrachi (North African and Middle Eastern) and Sephardi (Spanish) Jewish populations, the sufganiya rules. Sufganiya (plural: sufganiyot) comes from the word for “sponge,” sfog in Hebrew and sfanj in Arabic; the classic treat was spongy dough deep fried and coated in sugar. The addition of jelly represents a beautiful merging of Jewish cultures — during the waves of Jewish migration to Israel, the Hanukkah treat made popular by Jews in Spain, North Africa, and Arab countries met with the central European culinary tradition of jelly-filled cakes, and the sufganiya as we know it was born. In Israel, the largest chain bakery (Angel) fries up to a quarter million sufganiyot every day during Hanukkah. Overall, over 18 million sufganiyot are consumed around the country during the holiday season. 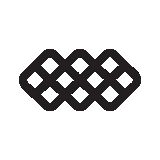 It's no coincidence that Hanukkah, or chag urim, the “festival of lights” in Hebrew, falls every year on or near the winter solstice. Most f...

It's no coincidence that Hanukkah, or chag urim, the “festival of lights” in Hebrew, falls every year on or near the winter solstice. Most f...