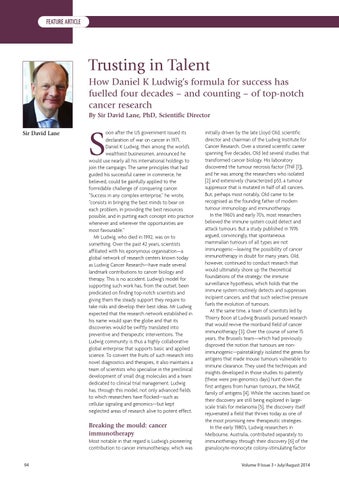 oon after the US government issued its declaration of war on cancer in 1971, Daniel K Ludwig, then among the world’s wealthiest businessmen, announced he would use nearly all his international holdings to join the campaign. The same principles that had guided his successful career in commerce, he believed, could be gainfully applied to the formidable challenge of conquering cancer. “Success in any complex enterprise,” he wrote, “consists in bringing the best minds to bear on each problem, in providing the best resources possible, and in putting each concept into practice whenever and wherever the opportunities are most favourable.” Mr Ludwig, who died in 1992, was on to something. Over the past 42 years, scientists affiliated with his eponymous organisation—a global network of research centers known today as Ludwig Cancer Research—have made several landmark contributions to cancer biology and therapy. This is no accident. Ludwig’s model for supporting such work has, from the outset, been predicated on finding top-notch scientists and giving them the steady support they require to take risks and develop their best ideas. Mr Ludwig expected that the research network established in his name would span the globe and that its discoveries would be swiftly translated into preventive and therapeutic interventions. The Ludwig community is thus a highly collaborative global enterprise that supports basic and applied science. To convert the fruits of such research into novel diagnostics and therapies, it also maintains a team of scientists who specialise in the preclinical development of small drug molecules and a team dedicated to clinical trial management. Ludwig has, through this model, not only advanced fields to which researchers have flocked—such as cellular signaling and genomics—but kept neglected areas of research alive to potent effect.

initially driven by the late Lloyd Old, scientific director and chairman of the Ludwig Institute for Cancer Research. Over a storied scientific career spanning five decades, Old led several studies that transformed cancer biology. His laboratory discovered the tumour necrosis factor (TNF [1]), and he was among the researchers who isolated [2] and extensively characterized p53, a tumour suppressor that is mutated in half of all cancers. But, perhaps most notably, Old came to be recognised as the founding father of modern tumour immunology and immunotherapy. In the 1960’s and early 70’s, most researchers believed the immune system could detect and attack tumours. But a study published in 1976 argued, convincingly, that spontaneous mammalian tumours of all types are not immunogenic—leaving the possibility of cancer immunotherapy in doubt for many years. Old, however, continued to conduct research that would ultimately shore up the theoretical foundations of the strategy: the immune surveillance hypothesis, which holds that the immune system routinely detects and suppresses incipient cancers, and that such selective pressure fuels the evolution of tumours. At the same time, a team of scientists led by Thierry Boon at Ludwig Brussels pursued research that would revive the moribund field of cancer immunotherapy [3]. Over the course of some 15 years, the Brussels team—which had previously disproved the notion that tumours are nonimmunogenic—painstakingly isolated the genes for antigens that made mouse tumours vulnerable to immune clearance. They used the techniques and insights developed in those studies to patiently (these were pre-genomics days) hunt down the first antigens from human tumours, the MAGE family of antigens [4]. While the vaccines based on their discovery are still being explored in largescale trials for melanoma [5], the discovery itself rejuvenated a field that thrives today as one of the most promising new therapeutic strategies. In the early 1980’s, Ludwig researchers in Melbourne, Australia, contributed separately to immunotherapy through their discovery [6] of the granulocyte-monocyte colony-stimulating factor

Oncology News is a unique, free publication for cancer professionals 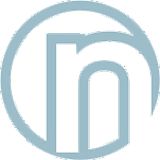