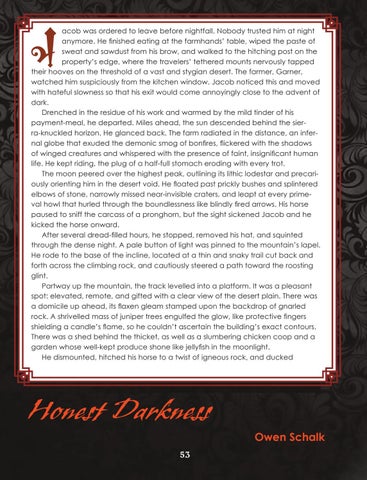 acob was ordered to leave before nightfall. Nobody trusted him at night anymore. He finished eating at the farmhands’ table, wiped the paste of sweat and sawdust from his brow, and walked to the hitching post on the property’s edge, where the travelers’ tethered mounts nervously tapped their hooves on the threshold of a vast and stygian desert. The farmer, Garner, watched him suspiciously from the kitchen window. Jacob noticed this and moved with hateful slowness so that his exit would come annoyingly close to the advent of dark. Drenched in the residue of his work and warmed by the mild tinder of his payment-meal, he departed. Miles ahead, the sun descended behind the sierra-knuckled horizon. He glanced back. The farm radiated in the distance, an infernal globe that exuded the demonic smog of bonfires, flickered with the shadows of winged creatures and whispered with the presence of faint, insignificant human life. He kept riding, the plug of a half-full stomach eroding with every trot. The moon peered over the highest peak, outlining its lithic lodestar and precariously orienting him in the desert void. He floated past prickly bushes and splintered elbows of stone, narrowly missed near-invisible craters, and leapt at every primeval howl that hurled through the boundlessness like blindly fired arrows. His horse paused to sniff the carcass of a pronghorn, but the sight sickened Jacob and he kicked the horse onward. After several dread-filled hours, he stopped, removed his hat, and squinted through the dense night. A pale button of light was pinned to the mountain’s lapel. He rode to the base of the incline, located at a thin and snaky trail cut back and forth across the climbing rock, and cautiously steered a path toward the roosting glint. Partway up the mountain, the track levelled into a platform. It was a pleasant spot: elevated, remote, and gifted with a clear view of the desert plain. There was a domicile up ahead, its flaxen gleam stamped upon the backdrop of gnarled rock. A shrivelled mass of juniper trees engulfed the glow, like protective fingers shielding a candle’s flame, so he couldn’t ascertain the building’s exact contours. There was a shed behind the thicket, as well as a slumbering chicken coop and a garden whose well-kept produce shone like jellyfish in the moonlight. He dismounted, hitched his horse to a twist of igneous rock, and ducked 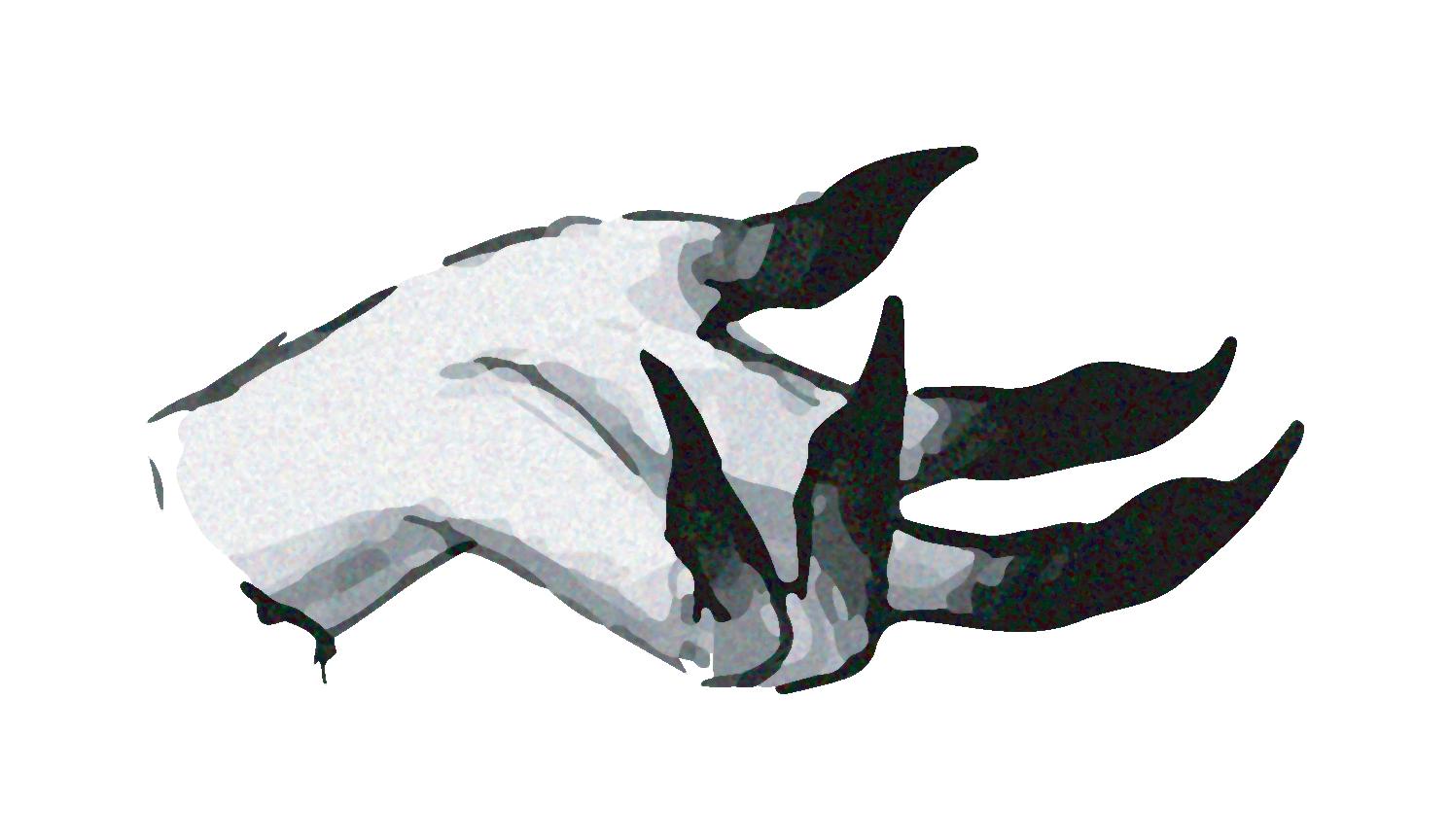 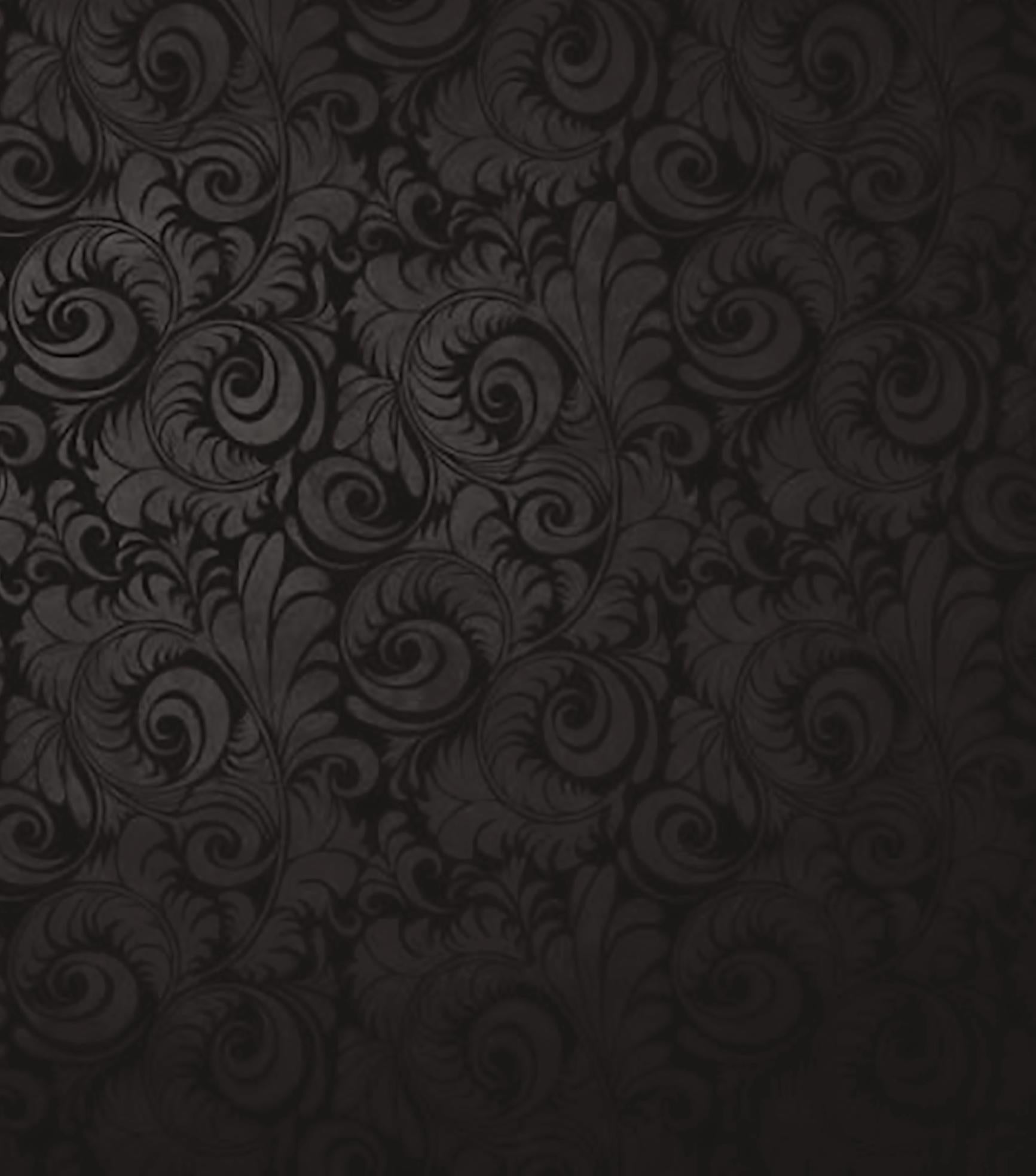 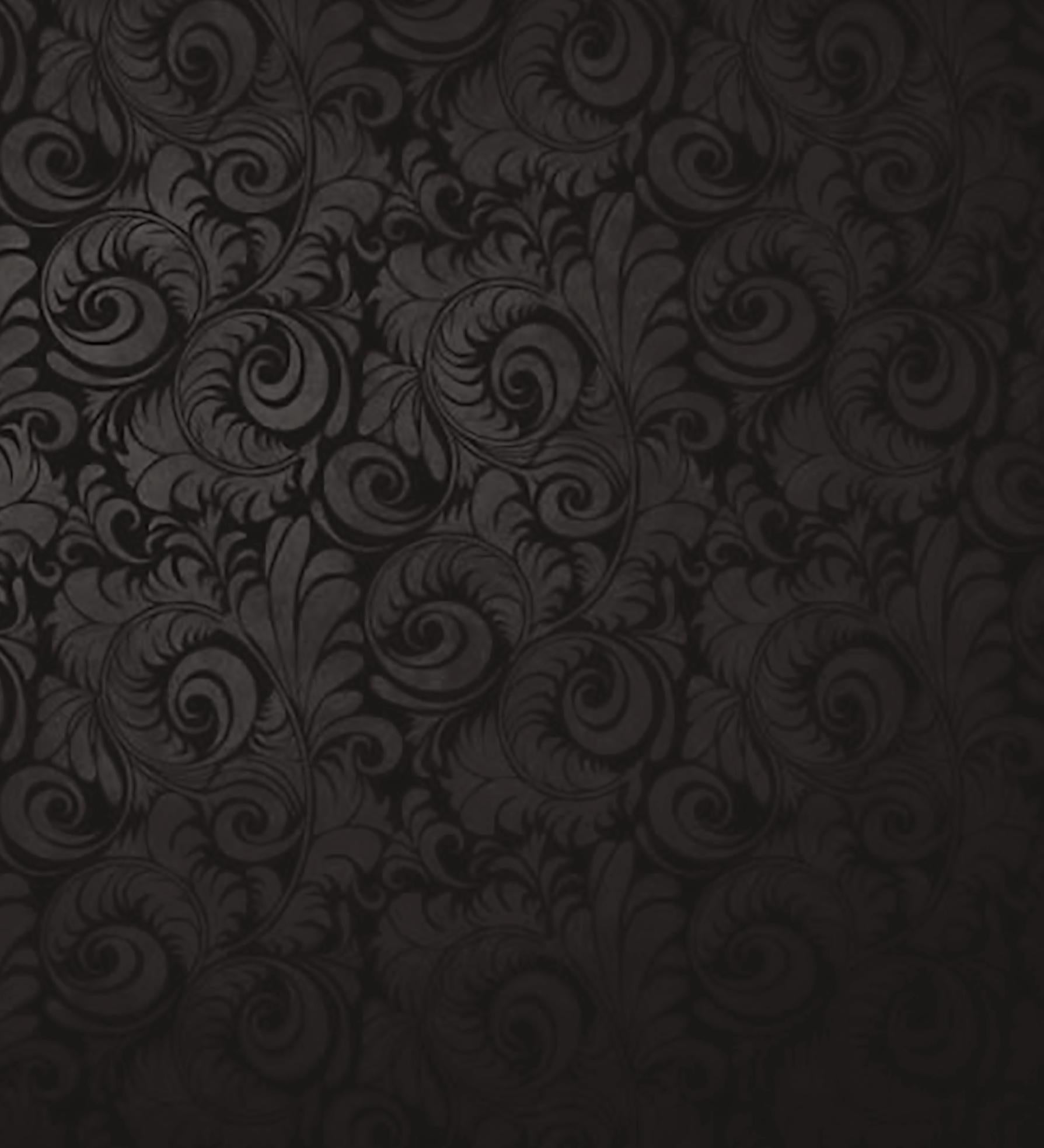 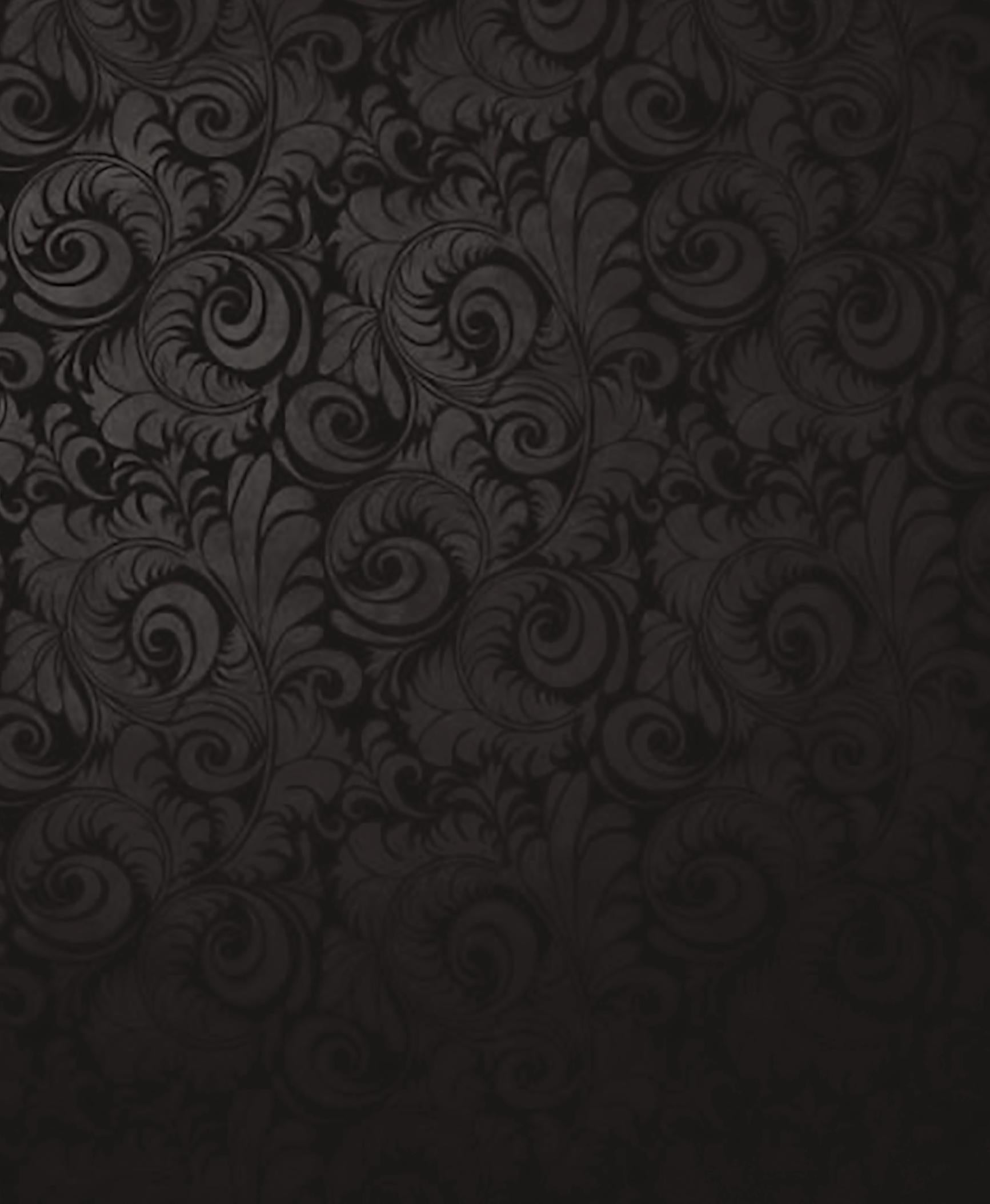 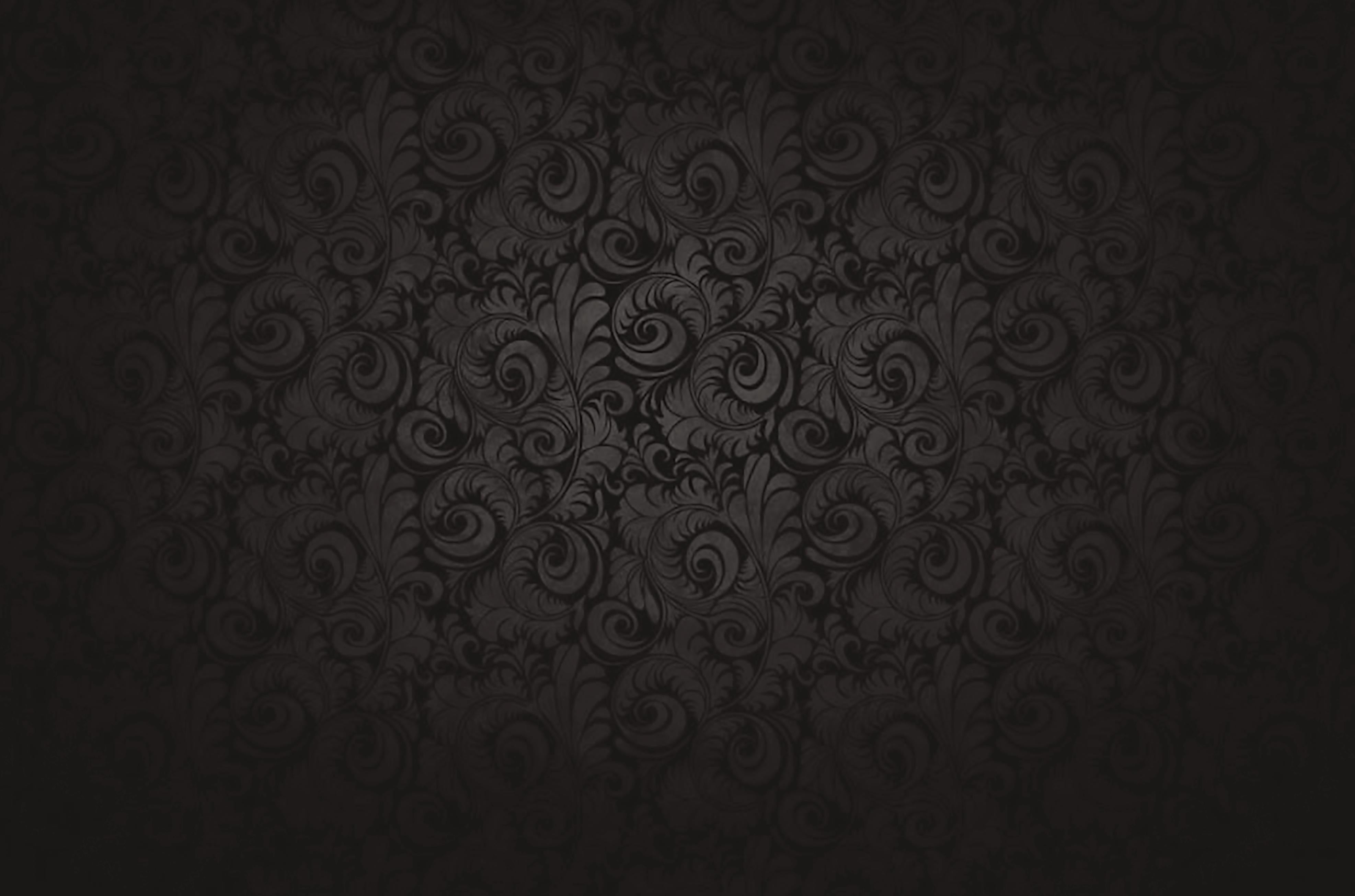 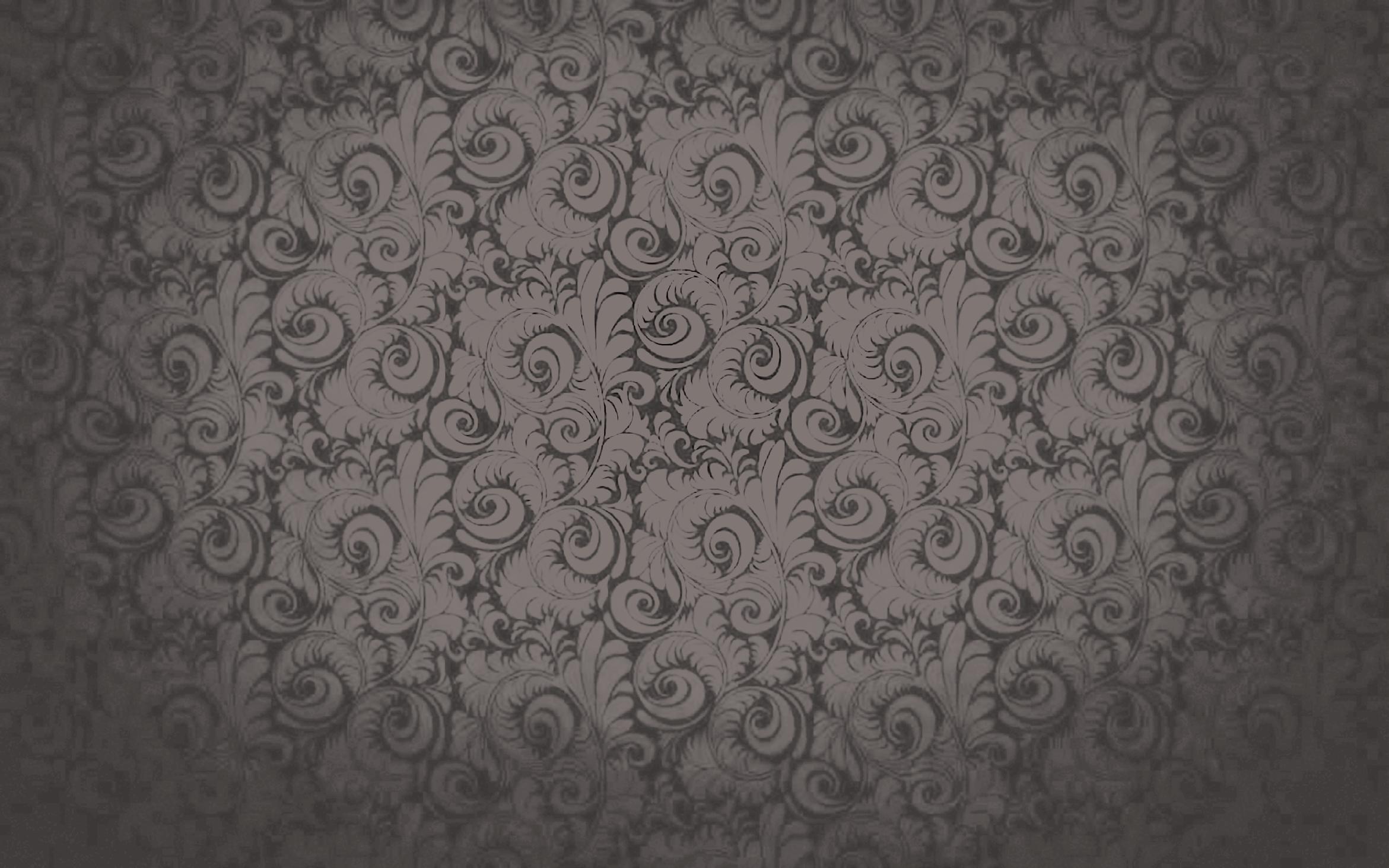 Poetry in the case of an unattended death 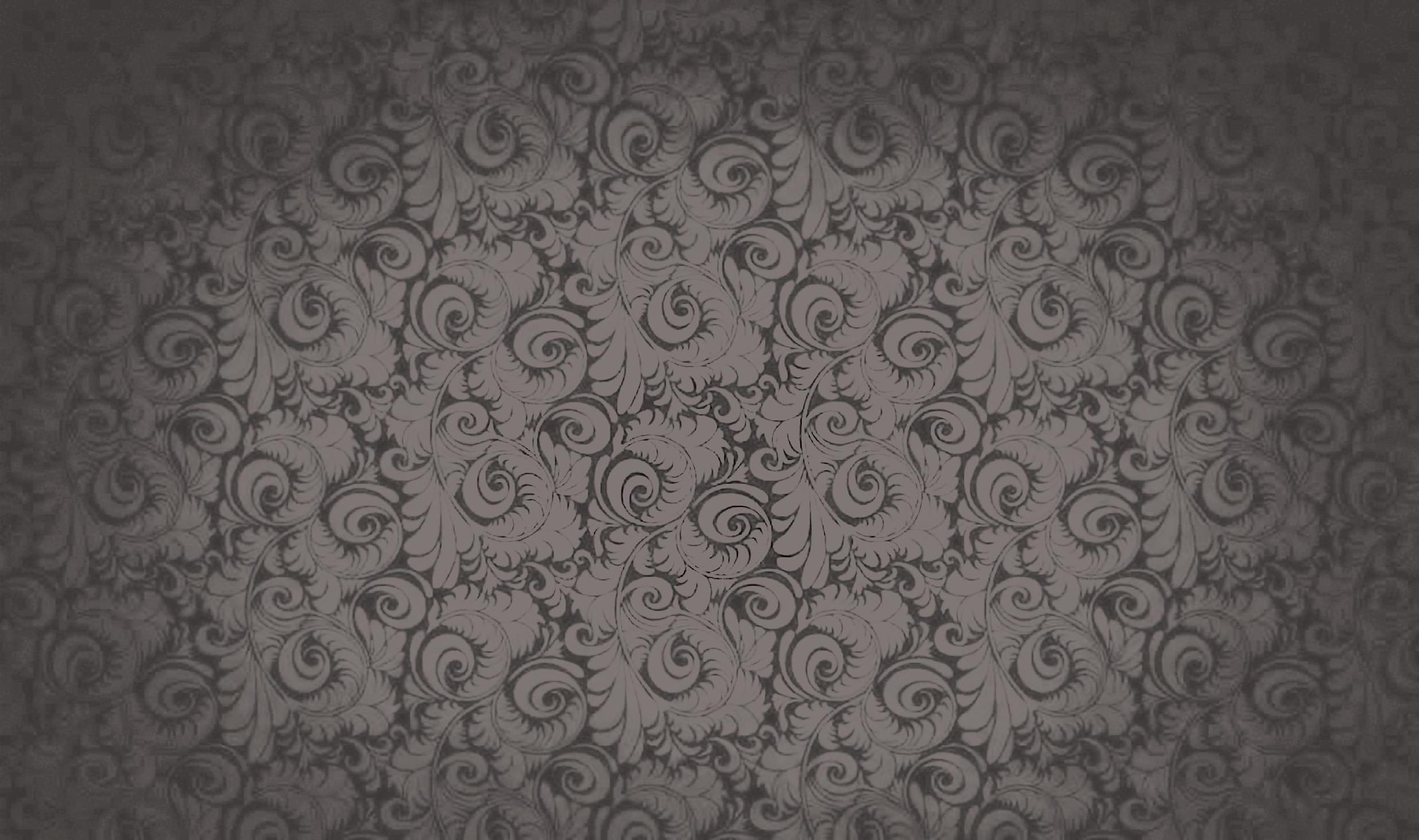 Ms. Scarlet in the Study

Etiquette of the Séance

Sestina for a Vampire

Ghost in the Graveyard

Apology for a Ghost 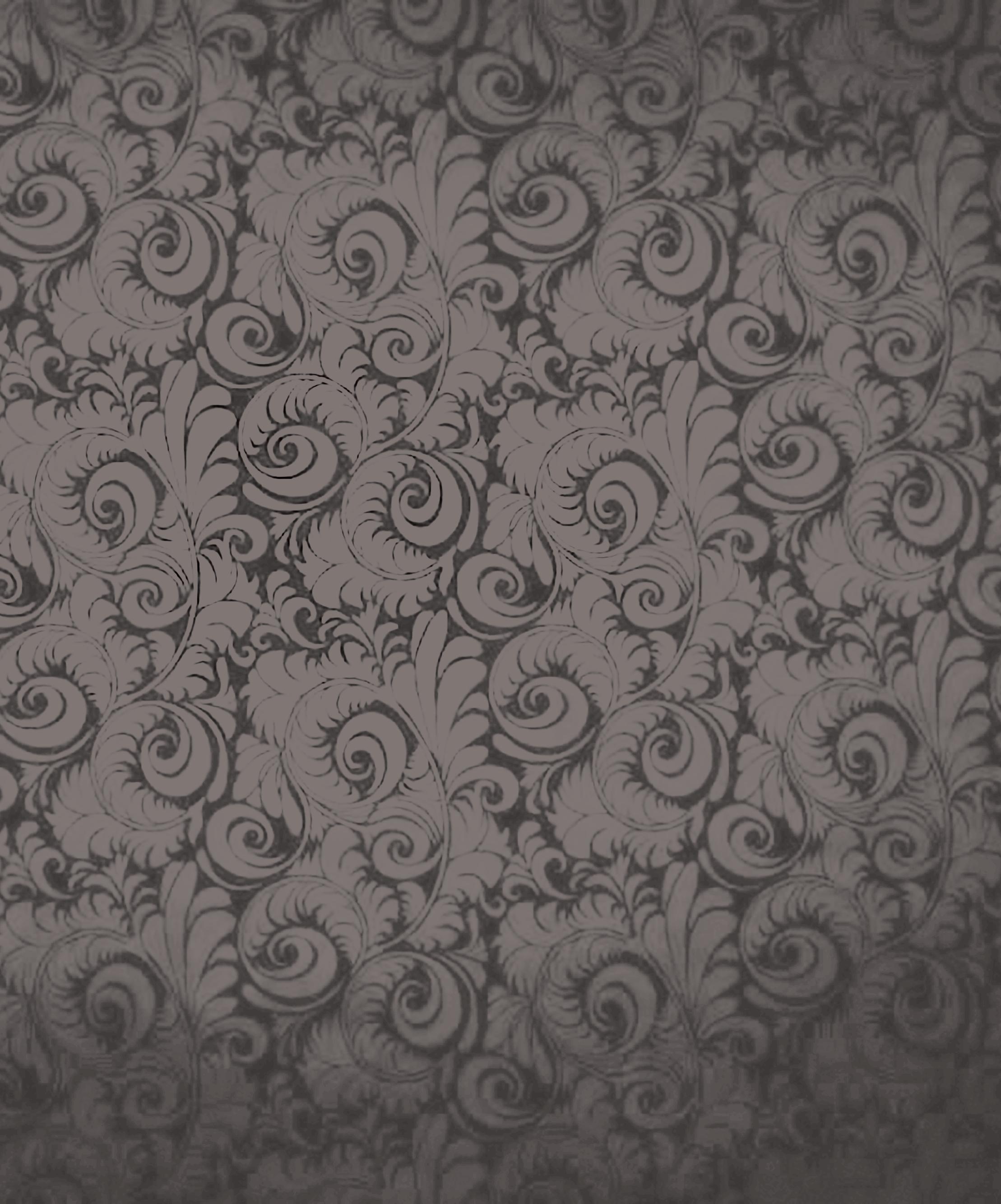 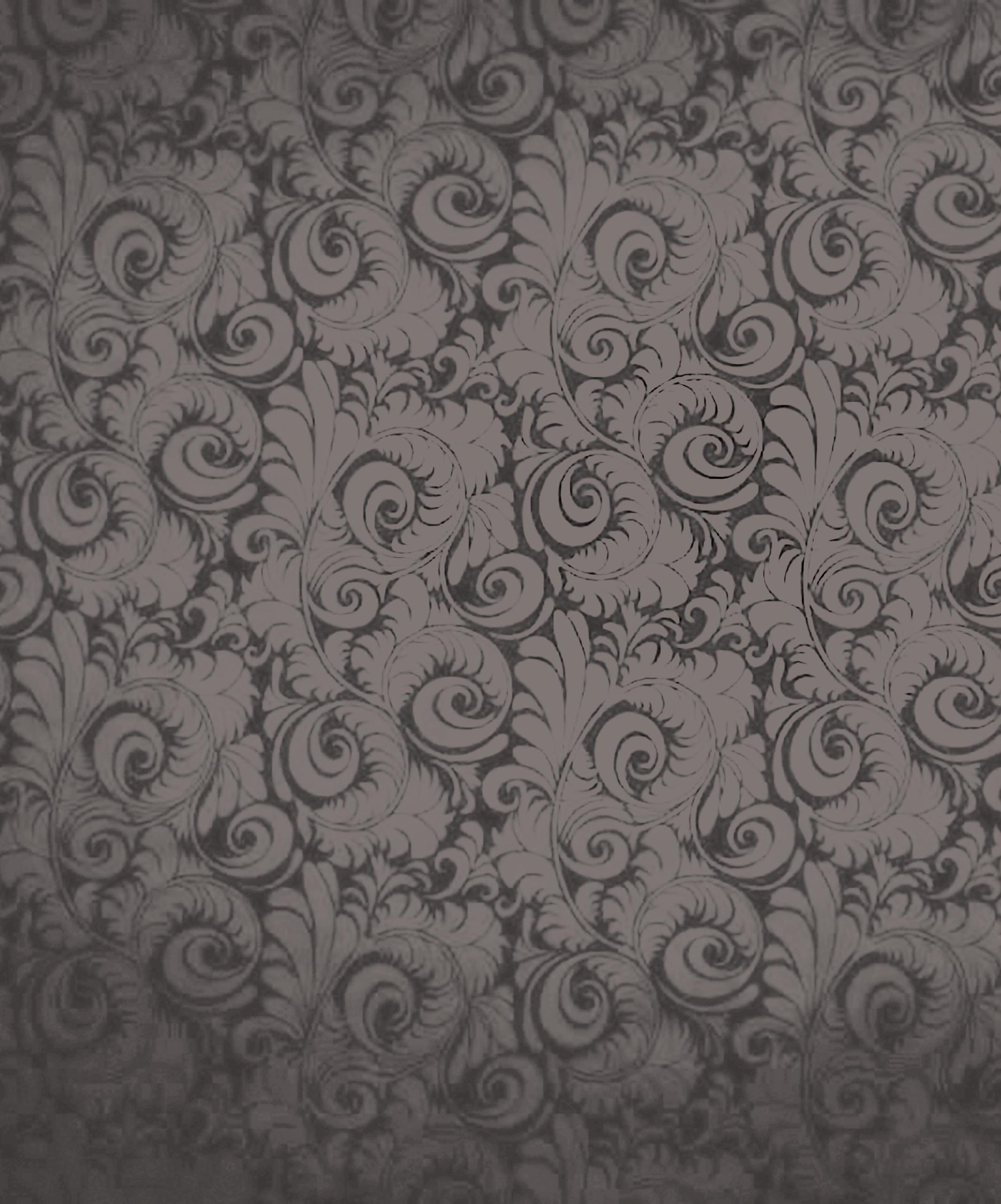