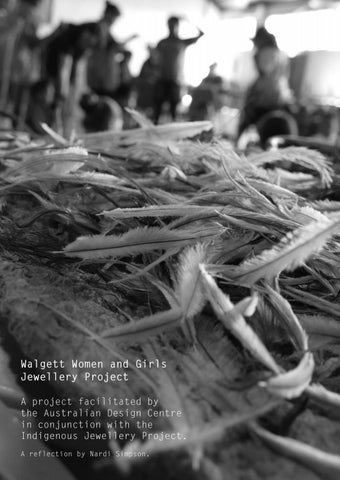 Walgett Women and Girls Jewellery Project In the 1970’s, our grandmother Bertha Simpson (nee Sands) moved into a house in Dewhurst Street, Walgett. It was the first time she had her own home with electricity, running water and a flushing toilet. Until that point, she had only seen these things in the houses and homes of the stations she had cleaned. But this was not only our Nan’s experience. Before moving into town, she lived with her husband and eleven children on the banks of the Namoi River in a small settlement called Montkelia Bend. Other Aboriginal families at the time (from the mid 1940’s onwards) also lived along the river, further from town at Namoi Reserve and out on the Barwon river at Gingie Mission. Together with the Montkeila Bend mob these groups made up the majority of the Walgett district’s Aboriginal residents. These families laughed, loved, struggled, cried and dreamt along the river’s edges and at the outskirts of the town. Almost eighty years on, many children and grandchildren of those river settlements continue to call Walgett home, some in town and some still on Gingie and Namoi Reserves, still living side by side, their lives and histories continuing to be linked, flowing at the muddy water’s edge. But others have moved away, to towns both near and far or trying their luck in the city down south. Lucy and I are two of this number- one foot on the hard concrete of inner city Sydney while the other squelches in brown river mud. Just like our Nan before us, we are aware of differing worlds. We adapt to what lies ahead while always mindful of who and where we come from. Our city life bought Lucy in particular into close relationship with the Australian Design Centre. Lucy was previously its First Nations Creative Producer, has exhibited work in their gallery and is presently on their Australian Design Honours list. If Walgett is a cultural and familial home, ADC acts as a creative and professional one, a place Gaawaa Miyay (Lucy’s design studio) began to take shape and started to flow. Bringing the Indigenous Jewellery Project to Walgett for us then was like travelling through a doorway- in Gamilaraay country we might say ‘girrinil’- an opening. The project drew us northward and transported us both forwards and back. Into an oncoming week that was to be steeped in the pillars and practices of the past. As artists and storytellers, we looked forward to travelling to our grandmother’s home again. Although the rivers were dry, we looked forward to seeing our freshwater home, its banks and bare bed still hold the memory of our family, still hold a place and a part of ourselves. We looked forward to being alongside those we belonged to and introducing them to some of the people that cared for our artistic selves while we were away. Perhaps the copper and silver, the fixings and wire in the jeweller’s boxes provided a conduit at the opening. But for four days in Walgett RSL Memorial Hall, Montkelia Bend and Walgett town, Gingie and Namoi Reserve, Sydney, Woolongong and Melbourne, yinarr and miyay, grandmothers and babies, waadjin and wirringaa- generations of people and story and river and star sat beside each other and did what had been done for generations on those freshwater plains. Seeds and clay and feather and wood, opal, dremels and saws and drill bits and files became the tools of connection, of storytelling, of culture and practice. Stories and song, laughter and making. Gifts. Necklaces, earrings, brooches and baskets. Women and Girls. Community coming together, everyone involved.

Café 64 provided us food. Dhariwaa elders attended and directed. Walgett Community College wove and sang. Mackillop Walgett Families created a play area for birralii. Lightning Ridge women travelled to make. Rhonda Ashby gave seeds and bark. Tom Barker supplied wood. Every piece of jewellery was a gift for another. If Bertha Simpson herself would have walked in the hall she would have thought she was back at Montkelia Bend. And Lucy and I would have run to her and cried and not let her go. Even though we didn’t see her, I bet she did walk in. In any case her representative, her eldest son our Uncle Raj was there, settled into a table at the back of the hall with the radio. It is too easy to think that rural workshops in Aboriginal communities provide opportunity where there is none. Is a welcome creative distraction to disfunction and trauma. Is a moment of repose to broken, defeated and struggling peoples. It is harmful for well-wishers and do-gooders to arrive bursting with resources and promises only never to return again. It is offensive to think, to act and to say you are providing the good and receiving nothing in return. Some of the most valuable things aren’t things at all. Those that help you to know this are the ones with which you are in relation to, in connection with, are intrinsically linked for your social, cultural and personal wellbeing. Think of your family. Now you see what I mean. As Yuwaalaraay wirringaa and sisters, the Walgett Women’s and Girls Jewellery Workshop was chance for both Lucy and I to practice culture, to strengthen kinship and celebrate country. Some jewellery was also made. This was then shared with family and community members. Within this statement lies a highly sophisticated model of knowledge transference, community building and skills development. More lore is held in the rivers, which are running again. The language of the water is profound. Connected Strong and sometimes silent Willing to bend and turn Slow Not always knowing where you will go Constant, generous and always Kind This is about the river but it could be about any number of things; our sister, our country, our mother, our Nan Bertha Simpson, the women who came to the workshops and made; my hope for the girls at the school in town, a way to relate and to live. They are words about the past and also aspirations for the future should we wish to create one, side by side together. Lucy Simpson is an artist, maker and visual storyteller. Nardi Simpson her sister is a writer, musician and composer.

Nardi Simpson is a Yuwaalaraay storyteller and performer living in Sydney. Her early music training at the Eora Centre of Aboriginal Studies, Visual and Performing Arts in Redfern, Sydney saw her begin a career as a musician, songwriter and performer, travelling both nationally and internationally for twenty-one years and releasing three albums during that time. In 2014 Nardi began her writing journey, participating in an Indigenous Writers’ Mentorship Programs with both Writing NSW and the FATSIL Young Indigenous Writers Initiative. In 2016 , as part of Liveworks Festival, Nardi co-wrote and performed in the theatre work ‘Spirit of Things: Sound of Objects.’ in 2018 Nardi received the State Library of QLD’s Blak&amp;Write Indigenous Fellowship while simultaneously beginning her participation in the Ngarra Burria Indigenous Composers Initiative. In 2019 Nardi wrote the play ‘The Black Drop Effect,’ which premiered at the 2020 Sydney Festival. Later in the year, Nardi will release her debut novel ‘Song of the Crocodile’ with Hatchette Australia. Nardi currently teaches ensembles at the Sydney Conservatorium of Music and is currently undertaking a PhD with the ANU School of Music. Heavily involved in the making and sharing of culture in both her Sydney and Yuwaalaraay Indigenous communities, Nardi uses both Gamilaraay and Yuwaalaraay language to share, strengthen and continue stories in a wide variety of mediums. 0421 836 365 | nardiga@hotmail.com | nardisimpson.com Lucy Simpson is a Yuwaalaraay woman, artist and designer working across a range of mediums and platforms to communicate stories and experiences of country. She is the founder of Gaawaa Miyay (river daughter designs) and has recently been developing a range of conceptual collaborative projects in large scale interior and exterior applications which evoke the dhuwi/inner essence and energy of place (and the stories embedded within over time). With a background in textile and graphic design, Simpson was recognised in 2015 as an Australian Design Honoree by the Australian Design Centre. Recent group shows and projects include: Linear, Powerhouse Museum (2020); Measured Response, National Art School (2018); Four Thousand Fish, Sydney Festival (2018); and Primavera 2015: Young Australian Artists, Museum of Contemporary Art (2015). Recent corporate works also include a range of bespoke design commissions and curated projects / collaborations with Qantas, Ausgrid, Bloomberg, Breville, Urban Art Projects and the City of Sydney. 0402|712 681 | lucy@gaawaamiyay.co | www.gaawaamiyay.co

Walgett Women and Girls Jewellery Project A project facilitated by the Australian Design Centre in conjunction with the Indigenous Jewellery Project. A reflection by Nardi Simpson. Lucy Simpson is a Yuwaalaraay woman, artist and designer working across a range of mediums and platforms to communicate stories and experiences of country. Nardi Simpson is a Yuwaalaraay storyteller and performer living in Sydney. 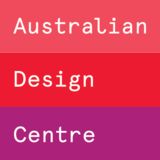